20 Things You Didn't Know About Rainbows

Everyone sees their own rainbow, and the number of colors in yours may be different from mine. 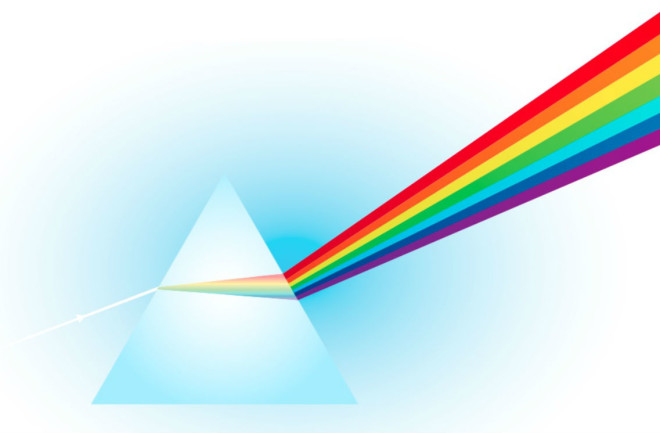 1. Why are there so many songs about rainbows? It could be because the meteorological phenomena, beautiful yet ephemeral, inspire our inner romantics. Or maybe it’s because no one sees the same rainbow.

2. Imagine a line from the sun, which will be somewhere behind you, through the back of your head and out your eyes, ending at the shadow of your head on the ground. Any rainbow you see will be centered around that axis.

3. Someone standing beside you may also see a rainbow, but it will be around an axis running from the sun to their head shadow.

4. Rainbows occur when sunlight — including all wavelengths of visible light, which together appear as white light — pinballs in and out of water droplets (usually rain, but sometimes water spray, or the droplets that form mist or fog).

In Norse mythology, Bifröst was a rainbow bridge to the gods. (Credit: Emil Doepler, 1905)

5. Some of the light is reflected off the drop’s outer surface, but the rest of it enters the droplet, skidding as it does so.

6. This skid, or refraction, occurs because water is denser than air. As the light enters the droplet, it slows and changes direction. (Think of what would happen if you were speeding along the freeway, and the asphalt suddenly turned to mud.)

7. Once inside the droplet, the light reflects off the back inner surface, then refracts a second time, bending as it travels out of the water and back into the air.

8. Because the droplet is spherical and its surfaces are not parallel, all this skidding in and out happens at slightly different angles for the different wavelengths of visible light, so the exiting white light disperses into a spectrum of colors.

Phenomena such as parhelia and halos are beautiful, but they're not rainbows. (Credit: Mangus Edbäck)

9. The gradation of color in a rainbow is continuous — there are no stripes. Humans, however, like to organize things, including colors, to make sense of them.

10. Researchers think that’s why our brains divide the bow’s spectrum into distinct bands. The exact mechanism for seeing stripes, and whether it’s purely in the brain or also in the eye, remains unknown.

11. The number of colors an individual perceives in a rainbow depends on expectations, which are the product of culture. Aristotle, for example, wrote of only three colors in the rainbow: red, green and violet.

12. Some early Islamic scholars also saw a tricolored rainbow, but it was red, green and yellow. Medieval proto-scientist Roger Bacon described five colors; so did early Chinese scientists and philosophers.

Not a rainbow. (Credit: Nora Yusuf/Shutterstock)

13. Only after Sir Isaac Newton, in the 17th century, linked perceived colors in a rainbow to notes on a Western musical scale did European scientists agree that there were seven colors.

14. Something else to note: A rainbow will always be opposite the sun. If you think you’ve spotted one near or around our day star, you’re seeing something else.

15. Parhelia, also known as sundogs, may appear as rounded or spiky arcs on either side of the sun. Halos, meanwhile, circle the sun. Both phenomena result from hexagonal ice crystals in high-altitude clouds acting as prisms.

16. Fire rainbows have nothing to do with rainbows, either. (Or with fire, for that matter.) More accurately known as circumhorizontal arcs, they appear horizontally and are another product of high-altitude ice crystals refracting light.

17. Fire rainbows should also not be confused with the flaming rainbow bridge of Norse mythology. That rainbow, called Bifröst, joined the mortal world with that of the gods. Upon death, worthy souls would cross it into Valhalla.

18. The Bifröst myth is likely the inspiration for a certain modern folk tale: When beloved pets die, the story goes, they cross the Rainbow Bridge to an idyllic place where they await their owners.

19. Pet lovers and Vikings aren’t the only ones to see rainbows as a connection between the worlds of the living and the dead. In fact, the legend of Bifröst may be rooted in the rainbow pathway traveled by Greek and Roman messenger goddess Iris.

20. Other, even older Asian and Native American traditions also see the colorful arc as linking our world with another. Science may tell us that rainbows are roads to nowhere, but worldwide their allure endures — for the lovers, the dreamers and me.