The wrong dose can do you harm, but when it’s right, your pain and wrinkles might go away. 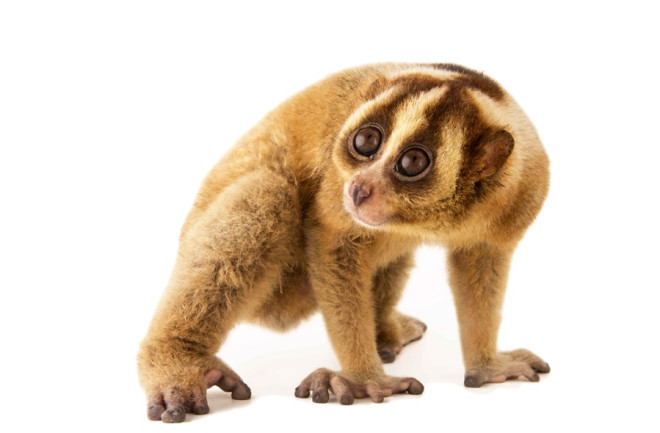 This slow loris is the only venomous primate.  Joel Sartore/National Geographic Creative

1. It’s a common misconception, but poison, toxin and venom are not interchangeable terms. Think of them instead as potentially lethal nesting dolls.

2. Poisons are any substance that can cause harm, including death, to an organism. Poisons that are not toxins include, for example, radiation, lab-engineered pesticides and lead.

3. Toxins, however, are usually defined as poisons produced by living organisms, typically as a means of defense or to subdue prey. Some toxinologists (yes, that’s the word for people who study toxins) argue that toxins are any poison that requires only a tiny dose to be harmful, but theirs is a field-specific definition.

4. Complicating matters: Poisons in general, whether or not they’re toxins, can be categorized by the systems they target. Cardiotoxins cause heart damage, for example, while hemotoxins destroy red blood cells.

5. The Novichok family of synthetic nerve agents, implicated earlier this year in the attempted assassination of a former Russian agent in England, are neurotoxins that damage the central nervous system, but are not technically toxins.

6. Venoms, meanwhile, are toxins injected by the organism that produces them, usually by biting or stinging.

7. Or, if you’re a platypus, you can spike it. Males of the Australian monotremes — egg-laying mammals — produce venom in their thighs during mating season and deliver the poison to competitors via hollow spurs just above their webbed feet.

8. Another venomous mammal, the solenodon, evolved more than 70 million years ago and is still around on a couple of Caribbean islands. Its bite packs a punch.

9. There are a few other venomous mammals, mostly shrews, but there’s only one venomous primate: Southeast Asia’s slow loris. It creates a toxic cocktail by combining its saliva with secretions from its brachial gland, located near the inner elbow. So if a slow loris looks like it’s trying to high-five you, it is definitely not.

10. You may associate venom more often with stinging insects and snakes, but how about Indonesia’s Komodo dragons? It’s a myth that the large lizards kill by introducing infection-causing bacteria when biting — the animals are now thought to produce their own venomous saliva, thanks very much.

This poison dart from from Columbia is colorful but deadly.  Dirk Ercken/shutterstock

11. The same cannot be said of the deadliest of South America’s colorful poison dart frogs, which are full of batrachotoxin but don’t actually produce it.

12. It’s thought that the tiny amphibians eat beetles that produce the toxin, which then builds up in the frogs. New Guinea’s pitohui birds are similarly batrachotoxin-laced because they eat beetles closely related to the South American species: The insects descended from a common ancestor on Gondwana, the ancient Southern Hemisphere supercontinent.

13. Locals in New Guinea avoid the pitohui, but in Japan the pufferfish is considered a delicacy, even though the tetradotoxin it contains can kill if the fish is improperly prepared. At least 140 other species, including worms, octopuses and salamanders, carry the toxin.

14. Members of the plant kingdom are also deadly. The flowering “suicide tree,” Cerbera odollam, produces a potent cardiotoxin in its kernels that’s been implicated in hundreds of deaths, mostly in its native South Asia.

15. Poisons can enter the body through injection, ingestion, inhalation or absorption. Chemists grade each pathway on the LD50 scale: the lethal dose for 50 percent of the population.

16. Pound for pound — or nanogram for nanogram, as is the case — the neurotoxin botulinum, produced by bacteria, is the deadliest substance known. When inhaled, its LD50 is a mere 1 to 3 nanograms per kilogram (2.2 pounds) of body mass.

17. By comparison, tetradotoxin’s LD50 score is 10,000 ng/kg when ingested, its most common pathway. The Novichok nerve agents’ estimated LD50 may be as low as 4,000 ng/kg — deadlier than tetradotoxin, but nowhere close to botulinum’s lethality.

18. As dangerous as botulinum is, precise medical applications in tiny doses — best known as Botox — can treat several conditions, including incontinence, strabismus (crossed eyes) and, of course, wrinkles.

19. Many other poisons also have positive uses: For example, tetradotoxin has potential as a painkiller.

20. It seems the old adage that the dose makes the poison is right: Any substance has the ability to be benign or harmful. You know, just like every rose has its thorn.