20 Things You Didn't Know About ... Neanderthals

The hominids are depicted as degenerate and slouching because the first Neanderthal skeleton found happened to be arthritic. 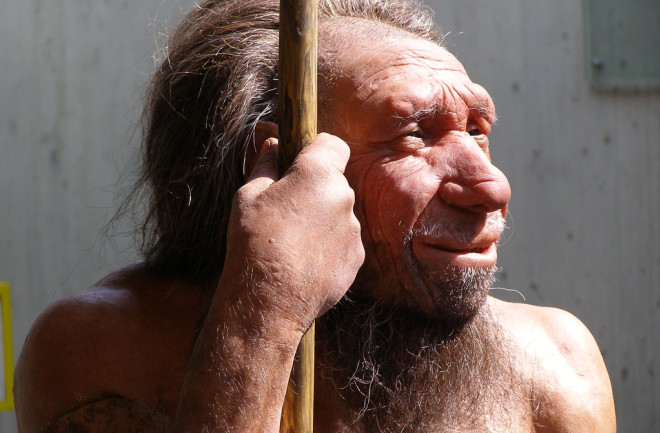 1. You’re pretty much a Neanderthal. While it’s been more than 5 million years since we parted ways with chimps, it has been only 400,000 since human and Neanderthal lineages split.

2. If you’re Asian or Caucasian, your ancestors interbred with Neanderthals as recently as 37,000 years ago, when they crossed paths in Europe.

3. And that sex had benefits. Inherited Neanderthal genes come in alleles that help fight off nasty viruses such as Epstein-Barr — associated with several kinds of cancer, says Stanford University immunologist Laurent Abi-Rached.

4. If you want to know how much Neanderthal DNA you carry, just swab your cheek and send it to the National Geographic Society’s Genographic Project. Or you could have your entire genome sequenced as Ozzy Osbourne did in 2010. Researchers found a telltale Neanderthal segment on his chromosome 10.

5. Now that the whole Neanderthal genome has been sequenced, Harvard geneticist George Church thinks a clone could be gestated in a human surrogate mother. It could even be beneficial, he believes, because the Neanderthal mind might be able to solve problems we can’t.

6. Practically nobody believed you could read a Neanderthal’s genes until 2010, when the paleogeneticist Svante Pääbo successfully sequenced DNA from three Neanderthal skeletons found in Croatia.

7. The first evidence of Neanderthals was discovered in 1856. Miners in Germany’s Neander Valley found fossils thought to belong to a cave bear. A local natural historian begged to differ. He reckoned the strange bones were the remains of a lost Cossack suffering from rickets.

8. Charles Darwin published On the Origin of Species three years later. In the context of Darwin’s theories of evolution, the bones were re-examined by anatomist William King, who promptly named them Homo neanderthalensis, a name that provocatively (and incorrectly) suggested they were the missing link between apes and humans.

9. As late as the mid-1970s, creationists were still claiming Neanderthal fossils were the remains of modern humans with acromegaly or arthritis.

10. Paleontologist Marcellin Boule would have been well advised to study pathology. Between 1909 and 1911, he reconstructed the first skeleton of a Neanderthal — who happened to be arthritic. Thus was born the degenerate, slouching image of Neanderthals.

11. They were the ultimate craftsmen, able to pick up impressive skills through practice, but none too creative, say anthropologist Thomas Wynn and psychologist Frederick L. Coolidge of the University of Colorado at Colorado Springs.

12. Credit Neanderthals with a couple of great ideas: They made spears by hafting stone points to wooden shafts, and bonding them with glue.

13. They threw those spears at bison and woolly rhinoceros, resulting in hunting injuries that would end the career of a linebacker.

14. Not that a maimed Neanderthal could afford to retire. Instead they nursed each other back to health, enlisting their greatest concept of all: empathy.

15. They also had medicine. Traces of chamomile and yarrow, two anti-inflammatories, have been detected in the plaque on Neanderthal teeth.

16. Or are these pungent traces of haute cuisine? Neanderthals balanced their carnivorous diets with vegetables roasted over smoky fires.

17. And they had a sense of style. Archaeologists have recovered a yellow pigment in southern Spain that may have been used as foundation for their skin.

18. Evidently Spain was the place to be if you were a Neanderthal with cultural pretensions. Last summer, paintings in El Castillo Cave on the Pas River were found to be at least 40,800 years old.

19. They were better painters than talkers. The anatomy of their vocal tracts would have prevented them from sounding some vowels.

20. In any case, we lost our chance at conversation, since they died out some 25,000 years ago. Their last refuge was Gibraltar, now a haven for tax evaders.