Did lava kill the dinosaurs? Maybe. 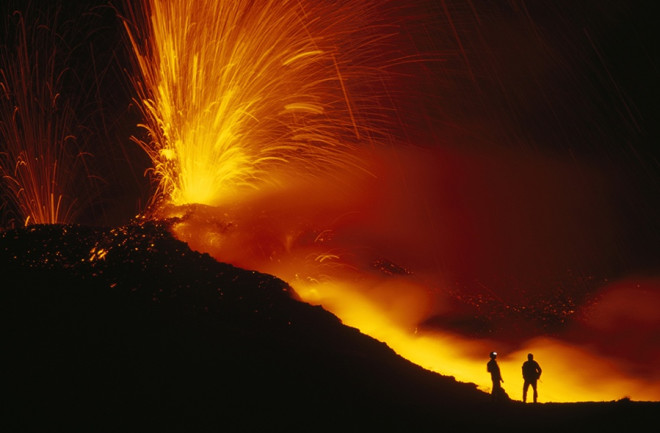 Researchers get a front-row seat to a stunning display of lava and sparks from Sicily’s Mount Etna. National Geographic Creative Photos by Carsten Peter