Horses were domesticated some 5,000 years ago and have played a pivotal role in human history ever since. 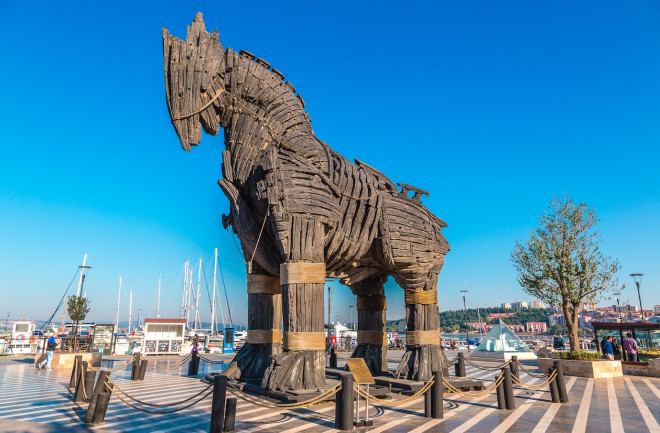 This article appeared in the June 2020 issue of Discover magazine as "20 Things You Didn't Know About Horses." Subscribe for more stories like these.

1. A horse is a horse, of course, of course, as the old Mister Ed theme song goes — but don’t look for such certainty when it comes to tracing the lineage of today’s domesticated Equus caballus.

2. For example, you may have heard that horse evolution started somewhere in North America about 55 million years ago with eohippus, a forest forager that stood about as tall as a beagle.

3. American paleontologist Othniel C. Marsh gave the genus name Eohippus, or “dawn horse,” to a fossil he described in 1876. However, subsequent research reclassified those bones as Hyracotherium, a genus first described in 1841.

4. That earlier name took precedence: The first horse is Hyracotherium, which includes the bones of erstwhile eohippus. (Perhaps thanks to its poetic appeal, eohippus is still used informally, usually sans italics or capitalization.)

5. Today’s horse family, Equidae, has at least half a dozen members. But even there, researchers disagree. Some consider the endangered Central Asian Przewalski’s horse a separate species. Others define it as a subspecies of E. caballus.

6. Meanwhile, the origin of the first domesticated horse is also unsettled. Archaeological evidence suggests the animals went from wild to mild about 5,500 years ago in Central Asia.

7. A 2019 study in Cell, however, uncovered two extinct lineages of horse, in Iberia and Siberia, that lived about 5,000 years ago. The study, based on ancient DNA samples, suggests a more complex domestication story.

8. Wherever it happened, once domesticated, the horse played a crucial role in shaping human history, from long-distance communication to transport, farming methods to battle tactics.

9. Speaking of battle tactics, scholars disagree on what ancient Greece’s legendary Trojan horse was. Theories include a siege engine named after a horse, a ship loaded with soldiers, or a metaphor for a possible earthquake that knocked down Troy’s city walls.

10. The mythical horse has inspired some real disease-fighting tools. In 2019, for example, researchers described a new way to outwit cancer: exploit the greedy appetite of fast-growing cancer cells, which scarf down fat molecules faster than normal cells.

11. The team hid a chemotherapy drug inside a fatty molecular snack and delivered it to tumors in lab mice. The cancer cells’ receptors recognized only the tasty treat and gobbled it up, getting a lethal dose of the drug.

12. As a bonus, the targeted approach spares noncancerous cells, limiting side effects even in high doses. The new method hinges on cancer cells not recognizing a potential threat — something horses seem better at.

13. For example, in 2016 in Scientific Reports, researchers showed that horses were significantly more likely to approach photos of unfamiliar horses that appeared relaxed than those with combative expressions.

14. According to a 2016 Biology Letters paper, horses also responded differently to unfamiliar humans’ positive and negative facial expressions. Previously, only dogs had demonstrated this kind of interspecies perception.

15. That responsiveness to human cues may explain why equine-assisted therapy (EAT) has shown wide-ranging, positive results for people with conditions ranging from cerebral palsy to multiple sclerosis.

16. Some studies suggest people with autism who participate in EAT may boost their typically lower levels of the hormone oxytocin, which is associated with social bonding.

17. For humans in general, a surprising number of oxytocin receptors turn up in the brain’s hippocampus, which is primarily involved in memory formation. According to a 2017 study in Nature Communications, the amount of receptors present suggests the structure has a previously unknown role in social behavior.

18. The hippocampus in your head is named after another kind of horse: The curvy shape of this brain region reminded 16th-century anatomist Julius Caesar Arantius of a seahorse, so he borrowed the animal’s Greek name.

19. Hippos is Greek for “horse,” and you might be wondering if today’s thoroughbreds share an evolutionary kinship with the “river horse,” or hippopotamus, of sub-Saharan Africa.