20 Things You Didn't Know About Glaciers

These huge masses of ice flow like rivers, and one once hid a Cold War-era city. 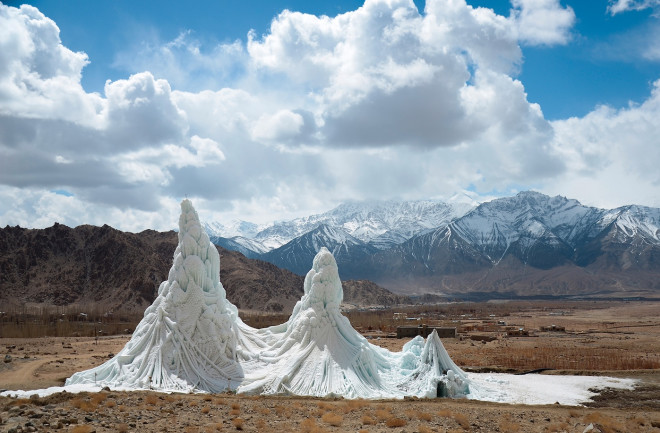 This originally appeared in the December issue of Discover magazine. Support our science journalism by becoming a subscriber.

1. We’re living in an ice age. For most of the past 2.5 million years, much of the planet has been glaciated, as Antarctica still is today.

2. Our current, more hospitable geological epoch, the Holocene, is a brief respite; today’s glaciers have been in retreat for the past 12,000 years.

3. Geologists call this an interglacial, and caution us not to get used to it. Interglacials are caused by cyclical changes in Earth’s orbit, and have nothing to do with human-induced climate change.

4. The ice could be on schedule to return as soon as the next several millennia — but only if we don’t totally cook the planet in the interim.

5. The fact that the world was once iced over wasn’t known until the 19th century, when Swiss naturalist Louis Agassiz noted that attributes of the glacial landscape seen in the Alps could also be found far from any mountains.

6. Charles Darwin was initially incredulous that glaciers once had predominated — but later remarked that it was incredible he had failed to notice the evidence that Agassiz made appear obvious.

7. But then glaciers are full of surprises. For example: Astoundingly, glaciers flow, the mass of ice moving like a river.

8. Alaskan Natives know glaciers’ activity well. In Athabaskan languages, spoken by many Indigenous peoples of the Alaskan interior, glaciers are grammatically treated as animate, like polar bears and people.

9. When a climber falls into a crevasse, a deep fracture in the ice, the frozen corpse will flow through the glacier and be ejected from its foot several decades later.

10. This gruesome process, known as corpse transfer, was one of the earliest clues that glaciers aren’t simply solid blocks of ice.

11. Climate change is also turning up bodies — like the infamous Otzi the Iceman — and more as glaciers melt away. Over the past decade, researchers in Norway have recovered dozens of ancient items in a previously frozen mountain pass, including a complete Iron Age Roman tunic.

12. Glaciers provide data on past climate conditions, as well. When annual snowfall solidifies into glacial ice, air bubbles trap atmospheric gases and airborne particles ranging from pollen to soot. Scientists then drill into the ice and extract layered cylindrical cores for study.

13. But they’d better act fast, before global warming melts away these memories. For instance, the amount of ice flowing from Antarctica’s Thwaites Glacier has doubled over the past three decades.

14. Such melting has the potential to expose pathogenic viruses trapped in the ice, some of which haven’t been in circulation for more than 10,000 years. Paired with warming waters, melting glaciers also threaten to flood cities with a projected sea level rise of 1 to 3 feet by the year 2100.

15. Not helping: Some algae get their drinking water by deliberately melting glaciers, producing dark pigments that absorb enough sunlight to thaw their frozen habitat. But they’re too good at it for their own good — large blooms along the edge of the Greenland Ice Sheet are increasing its summer melt rate by 10 percent.

16. During the Cold War, the U.S. built a city under that ice sheet, testing the viability of hiding missile silos there.

17. Smaller in scale but more ambitious in aim, the Swiss Federal Institute of Technology built a habitat under an Alpine glacier last year.

18. The team was studying what it would take to build inside the moon’s ice caps, where lunar ice would protect inhabitants from cosmic radiation.

19. Speaking of protection, the Swiss have begun covering glacial ice with white fleece blankets in the summer to insulate it and deflect heat from the sun. As daft as it sounds, the fleece is estimated to slow the melting of the Rhône Glacier by up to 70 percent.

20. Or you could just make a glacier from scratch. Exploiting plentiful water and freezing winter temperatures, artificial hillocks of ice are keeping Indian villages irrigated through the summer, making up for natural glaciers that used to do the job. Nobody is going to mistake these “ice stupas” for the Himalayas. But in the current climate, they may be the next best thing to waiting for the interglacial to end.