Have you heard of the International Foot? It's turning 60. We take its measure, and much more. 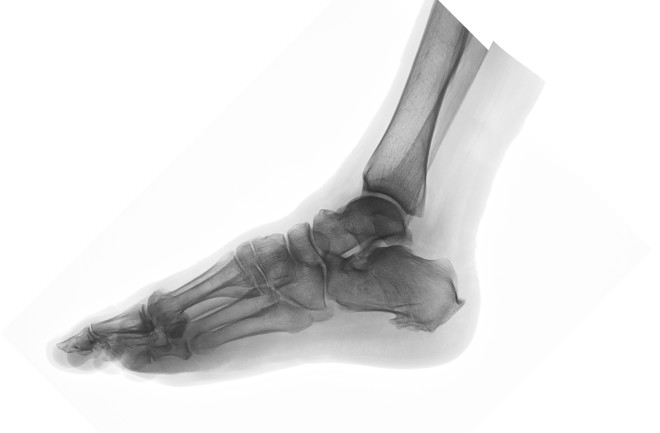 1. When Apollo 11 touched down on the moon, could Neil Armstrong have made a “giant leap” if we’d never evolved feet? “One small slither for man” just doesn’t have the same ring to it. In truth, our feet have enabled one of our most impressive, ah, feats.

2. With its big heel bone, short toes and long, stiff arch, the human foot is a defining trait of our genus because it enabled efficient bipedalism: locomotion on two legs.

3. Being bipedal made humans great long-distance walkers and runners while freeing our upper limbs to make and use tools, including weapons. You could say it was a giant leap on the way to becoming Earth’s dominant animals, for better or worse.

4. Already fully bipedal ancestors such as Homo erectus walked out of Africa and across the Old World, reaching East Asia by at least 1.6 million years ago, but researchers still aren’t sure how far back our fancy feet evolved.

5. Australopith Lucy, a 3.2 million-year-old potential predecessor, appeared to be fully bipedal. However, in 2018, paleoanthropologists found that a juvenile fossil foot from the same species was much closer to that of climbing apes.

6. Of course, feet go much further back in evolution. Diverse and unrelated organisms share remarkably similar genetic pathways of development for their species-specific limbs.

7. The near-universal distribution of these gene clusters among animals, from wombats to wasps, humans to halibut, suggests they arose in a common ancestor more than 500 million years ago.

8. But the very first “foot” may have belonged to a mollusk. They’ve been around for about 540 million years, and many species have muscular undersides, also called feet, that allow them to move via contractions.

9. The tentacles of squids and arms of octopuses, both mollusks, evolved from these muscular “feet.”

10. Among terrestrial vertebrates, feet are far more uniform. We all inherited the same basic suite of foot bones from the first four-limbed vertebrates, or tetrapods, to leave the seas for dry land more than 350 million years ago.

Remarkably similar genetic pathways guided the development of all these diverse, species-specific feet, except for one: The tentacles of octopuses evolved from the muscular underside of an ancestral mollusk. (Credits, all Shutterstock, from top: Kuttelvaserova Stuchelova; RANGIZZZ; Eric Isselee; yellow cat; tankist276)

12. We’re still sorting out how our own feet work — and sometimes don’t. Stress fractures in the lower legs, a common running injury, are typically blamed on pounding the pavement. A study published in PLOS One in January, however, suggested the real culprit is not the force of a runner’s foot hitting the ground.

13. Instead, it’s the strain that contracting muscles put on the lower leg bone as they pull away from it later in the stride. Though preliminary, the team believes the results may lead to better monitoring and training for athletes at risk.

14. Many insects, spiders, lizards and amphibians pull off athletic, even acrobatic moves by climbing vertical and inverted surfaces, thanks to a variety of adaptations to their feet.

15. The bottoms of gecko toes, for example, are covered with super-flexible, microscopic hairs that grow at oblique, or non-perpendicular, angles. The hairs’ teensy scale creates electromagnetic attraction to the wall or ceiling surface, but their angle and flexibility allow the gecko to easily unstick its feet as it moves.

16. Other gravity-defying animals, including many invertebrates, have wet feet, which scientists thought helped them adhere to flat surfaces. But a study of stick insects found that secreting liquid from foot pads has nothing to do with, well, sticking.

17. Instead, the liquid seems to act as a lubricant that helps the insects unstick their feet as they move across a surface. The findings could prove significant in robotics design.

18. Whether robotic or nature-made, feet will continue to evolve. Except for the International Foot. On July 1, 1959, for the first time, the U.S. and several other countries standardized the yard (0.9144 meters, if you’re curious).

19. Because there are 3 feet in a yard, the formal decree filtered down to the smaller unit of measurement, and the International Foot became exactly 0.3048 meters. As a result, a foot got slightly longer in the U.K. and slightly shorter here.