20 Things You Didn't Know About Chocolate

Scientists are still sorting out the chemistry, health effects and origins of this tasty treat, first enjoyed in South America more than 5,000 years ago. 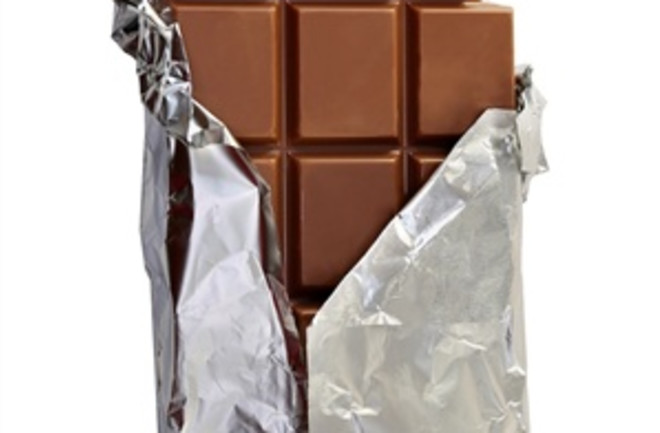 1. Chocolate is everywhere, but science is still sorting out this adored product of the domesticated Theobroma cacao tree’s beans.

2. For centuries, based on linguistic and archaeological evidence, researchers thought chocolate originated in Mexico or Central America about 4,000 years ago.

3. In October, however, a Nature Ecology & Evolution study of organic residues on artifacts concluded that the Mayo-Chinchipe culture was making the stuff nearly 5,500 years ago, in what’s now Ecuador.

Theobromine is one of many chemicals naturally found in chocolate. (Credit: Chromatos/Shutterstock)

5. As it spread north, chocolate became a luxury commodity worthy of tribute to the gods for the Aztec, Maya and other Mesoamerican civilizations.

6. But Mesoamerican chocolate has little in common with the modern treat. It was a paste of ground cocoa beans mixed with combinations of water, corn, fruit, chili peppers or honey, creating a porridge or beverage.

7. When chocolate first arrived in Europe in the 16th century, it was as a warm drink made with “chocolate liquor.” The term refers to ground cocoa paste, about half of which is cocoa solids. The rest is cocoa butter.

Candy bars are an end product of a long process that begins with post-harvest fermentation of the gooey white pulp surrounding raw cocoa beans. (Credit: Bestforbest/Shutterstock)

10. Megacompany Barry Callebaut introduced ruby chocolate with much marketing fanfare in late 2017, but won’t share the science behind the rosy-hued concoction. Independent experts have speculated it’s made from unfermented cocoa beans that have been acidified — a process the firm patented in 2009.

11. If true, the lack of fermentation could explain why foodies who’ve tried it say it has no real chocolate taste: Chocolate relies on fermentation for a lot of its flavor.

12. After harvest, diverse microbes produce acids and other waste products, mostly in the gooey pulp that surrounds the raw cocoa beans. This kicks off biochemical changes in the beans themselves, ultimately affecting taste.

14. These mom-and-pop operations are struggling; less than 1 percent of chocolate could be considered “fair trade.” Inequality between large companies and growers is actually increasing, as is chocolate production-associated deforestation.

15. Feeling bummed? Don’t expect chocolate to lift your spirits. In 2018, Planta Medica published a review of previous research on chocolate’s effect on mood: The authors found that few of the studies had chemically analyzed the chocolate consumed by participants.

16. That matters, said the authors, because chemicals present in chocolate vary widely based on how it’s processed, such as roasting temperature and time. Also, any effect on health may result from one specific chemical, interaction between multiple chemicals or something else entirely.

17. Our brains naturally produce the “bliss molecule” anandamide, for example, but it’s also found in chocolate, leading to claims that the sweet stuff is the ultimate feel-good food.

18. But, as the 2018 review noted, chocolate has only tiny amounts of anandamide, and it breaks down quickly. Instead, concluded the authors, any bliss chocolate provides is more likely to be from a chemical combo, plus the sensory experience of taste, texture and smell.

20. Speaking of chocoholics, an April review of food addiction research found evidence that chocolate produced neurobiological changes similar to those seen with drug use. The studies were not conclusive, however. So science still has to sort that one out, too.