The cute-but-dangerous creatures don’t actually hibernate, don’t gobble honey as much as people think and have a sketchy family tree 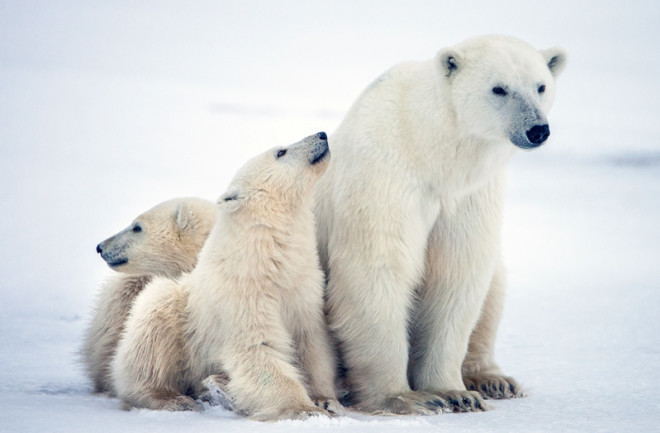 1. With territories stretching from Arctic ice to south of the equator, the eight members of Ursidae include the planet’s largest land predators — and a seriously sketchy family tree.

2. For decades, researchers have struggled to chart the evolution of bears. A genomic analysis published in Scientific Reports in April explained why: Gene flow between different species is common and can result in fertile hybrids.

3. You may have heard about pizzlies and grolars, the offspring of grizzlies and polar bears, but other species, such as the sun bear and Asiatic black bear, also hybridize in the wild.

4. Bears’ backstory may seem muddled because they are the most recent carnivore lineage to evolve, splitting off from canids only 20 million to 25 million years ago.

5. The subfamily Ursinae, which includes six of the eight living bear species today, is even younger, evolving a mere 2 million to 5 million years ago. The non-ursine bears, the giant panda and spectacled bear, split off the line earlier.

6. The spectacled bear, Tremarctos ornatus, has a habit of going its own way. It’s the only Southern Hemisphere bear, calling the Andes home and occupying a range of habitats, including elevations more than 15,000 feet above sea level.

7. T. ornatus, which can weigh up to 385 pounds, is the last living short-faced bear, a lineage that includes the largest bear species known: the extinctArctotherium angustidens.

8. A. angustidens called South America home about a million years ago and weighed an estimated 1,500 pounds — that’s almost twice the body mass of the average polar bear.

9. Both A. angustidens and today’s polar bears are carnivores, but most other bears are omnivorous. The exception is the giant panda, which sticks to bamboo 99 percent of the time.

10. And Winnie the Pooh aside, honey is not the primary food source for any bear. Even the sun bear and sloth bear, both sometimes called honey bears, feed mostly not on the sweet stuff but on insects — including bees — and fruit.

11. Let’s put another bear-faced lie, or at least a common myth, to rest: Bears don’t hibernate. At least, they’re not true hibernators, like ground squirrels, which lower their metabolic rate by more than 90 percent in winter months.

12. Instead, northern latitude bears enter periods of dormancy, reducing their metabolic rate up to 50 percent and lowering both heart rate and body temperature.

13. The animals are still easily roused, however, and typically are awake about 15 minutes a day during this period. But unlike a human on bed rest for, say, six months, bears in dormancy don’t experience severe muscle atrophy.

14. That’s likely thanks to their bodies’ unique ability to reabsorb the waste product urea and recycle it into protein that preserves lean body mass.

15. Ursidae, excluding the giant panda, are also the only mammals with significant amounts of ursodeoxycholic acid (UDCA), which is produced in the liver and stored in the gallbladder. In concentrated form, UDCA can be used to treat gallstones and some chronic liver diseases.

16. Although researchers have been synthesizing UDCA since 1955, bear bile and gallbladders remain a popular traditional medicine ingredient in East Asia. A 2014 Interpol assessment estimated farms — both legal and illegal — held 13,000 bears in inhumane conditions for bile harvesting.

17. Wild bears are hunted for their gallbladders, as well as other parts. Species targeted include the polar bear, already under threat due to climate change: Shrinking sea ice makes it harder for the animals to hunt seals, their main food source.

18. Climate change is affecting brown bears, too. A PNAS study in July documented a shift in an entire food web on Alaska’s Kodiak Island: Local bears switched from eating salmon to elderberries when warmer temps caused the fruits to ripen prematurely.

19. The bears had previously gobbled up to 75 percent of the salmon population each year; researchers believe the change will have broad consequences, including increased salmon numbers disrupting the marine food chain.

20. Through climate change, habitat loss, poaching and other pressures, six of the eight living bear species are listed as “vulnerable.” And a future without them would be, well, unbearable.