Find it in toxic tides, fossil fuels — and maybe even your breakfast smoothie. 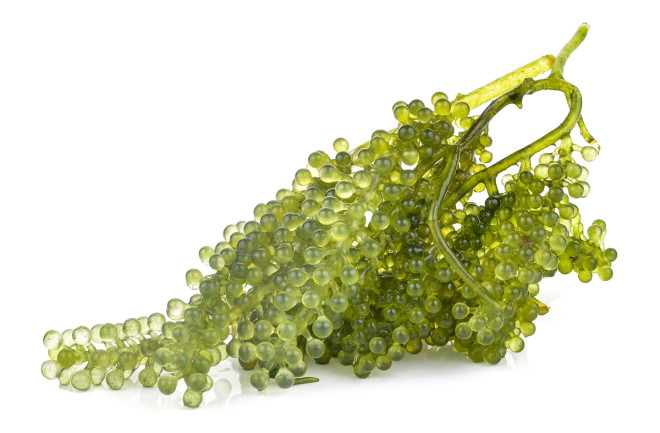 1. If you think algae are just plants living in water, think again. The mostly aquatic organisms produce oxygen through photosynthesis, though they lack many of the other defining traits of plants, including roots and leaves.

3. Usually associated with dangerous algal blooms that can sicken humans and animals, these tough little microbes can also live in hot springs, under rocks in arid deserts and even under Antarctic ice.

4. Cyanobacteria might also be in your breakfast smoothie. The “superfood” spirulina is a nontoxic cyanobacteria popular for its nutritional profile, including proteins, vitamins, minerals and essential fatty acids.

5. In Chad, the Kanembu people have been harvesting spirulina from local lakes since at least the 1940s, way ahead of the superfood trend. Even earlier, the Aztecs ate a different species of the cyanobacteria, collected from the ancient Lake Texcoco — drained during colonial times — where Mexico City now stands.

6. Plenty of larger algae are both nutritious and delicious. In Japan, for instance, you might find a dozen or more varieties of seaweed on the menu, from soups to sushi wrappers.

Microalgae can be processed into a liquid or dried into granules and powders after being cultured in petri dishes, providing humans with everything from key vitamins to a potential future fuel source. (Victor de Schwanberg/Science Source)

7. Algae has probably found its way into your dessert, too. The gelatinous additives agar and carrageenan, produced from different species of red algae, thicken and prevent separation in ice cream, jellies, squishy sweets and many other processed foods.

8. Researchers are even adding algae to dairy cow diets. Results from a 2017 study suggest that supplementing feed with seaweed might cut down on the methane cows burp out: The algae produces a chemical that inhibits gut microbes from making as much of the greenhouse gas.

9. Sometimes, in fact, algae are a little too good at reducing greenhouse gases. About 445 million years ago, larger and more complex algae became more common and gobbled up carbon dioxide so quickly that they disrupted the planet’s carbon cycle, according to a 2018 Nature Geoscience study. This might have caused the global cooling and glaciation responsible for the earliest known mass extinction.

10. Today, algae actually help maintain the carbon cycle. Scientists estimate that algae produce at least half of the oxygen in Earth’s atmosphere by converting carbon dioxide during photosynthesis.

11. You can thank algae for our seafood, too. Tiny phytoplankton, found worldwide, make up the base of aquatic food chains.

12. However, some plankton produce toxins that build up in animals higher up these food chains. Humans who consume the tainted seafood could experience a range of nasty symptoms, from vomiting and diarrhea to seizures and memory loss.

Microalgae can be dried into granules and powders after being cultured in petri dishes, providing humans with everything from key vitamins to a potential future fuel source. (Credit: Pascal Goetgheluck/Science Source)

14. Toxic algal blooms have hit seafood industries on the Pacific Coast hard in the past few years. In November, a fishing trade association sued 30 fossil fuel companies, blaming them for economic losses.

15. Climate change might also affect algal blooms by changing storm patterns and intensifying rainfall in some parts of the world. Torrents can wash nutrients from land fertilizers into bodies of water, encouraging algae to multiply.

17. Long-dead ancient algae have a more fundamental connection to modern climate change. A lot of the fossil fuels in use today, the main culprits of global warming, are derived from deposits of these organisms dating back millions of years.

18. In the early years of the 21st century, eco-minded researchers and entrepreneurs staked claims in a kind of gold rush — or maybe green rush — to replace fossil fuels by using living algae in sustainable biofuel production.

19. The green rush has yet to pan out. In 2017, scientists figured that algae probably weren’t productive enough. The organisms might not even produce enough fuel to make up for the energy needed to grow them.

20. But here’s a productive relationship for you: Some plankton have mutually beneficial partnerships with coral. The microalgae live inside coral cells, converting sunlight into energy that the corals can use to build reefs; in return, the plankton get free room and board.