And then there were none.

The mountain gorilla of Central Africa, largest and rarest of the apes and one of our closest relatives, is down to several hundred individuals. If it ever goes extinct— and it easily could in the next 20 years— there will be headlines around the world and cries of anguish about what could have been done. We're good at noting the disappearance of distinctive creatures, if we know about it, because we've had to do that so many times before. They become what Harvard biologist E. O. Wilson calls animal celebrities.

Because handsome animals like the mountain gorilla (see photograph, previous page) attract attention and protection, they stand a better chance of surviving than their more obscure, and much more numerous, brethren. But fame didn't save the dusky seaside sparrow— one of the most recent well-documented extinctions of a vertebrate in the United States— and it may not save the giant panda, the Sumatran rhinoceros, the Chinese river dolphin, or the leatherback turtle.

In the past 20 years, thanks to the twin revolutions in computing and genetics, we know more than ever before about the marvelous genetic diversity and surprising kinship of species on Earth. But just as biologists are beginning to reckon the importance of biodiversity to the planet's history and health, the species themselves are vanishing. In the United States alone, we've recently documented the loss of the Santa Barbara song sparrow, the blue pike of the Great Lakes, and Sampson's pearly mussel, a freshwater bivalve mollusk native to the Wabash River in Illinois and Indiana. Other plants and animals have probably slipped away, unnoticed.

Elsewhere, the tally mounts too. We've lost the strange gastric brooding frog of Australia, which incubated its young in its stomach and gave birth through its mouth. During the brooding period, the mother's stomach stopped producing acids. If scientists had learned how that acid production was shut off, it might have helped them develop a new ulcer treatment for humans. We've also probably lost the brilliant golden toad, with its great dark liquid eyes, once a tourist attraction in the forests of Costa Rica. The list of extinctions is frighteningly varied: more than a dozen species of the colorful Oahu tree snail; long-legged bush wrens of New Zealand; about 180 different species of the once numerous cichlids of Lake Victoria, Africa; the flowering Hibiscus liliflorus of Rodrigues Island in the Indian Ocean. All have died off in the past two decades. Thousands more species are just hanging on.

"We're on the verge of the seventh great extinction," says Wilson. While cosmic accident or climate change used to be the cause of such biological cataclysms, humans alone are responsible for nearly every loss of species in the past few thousand years. Since the advent of Homo sapiens, Wilson says, extinctions have occurred 100 to 100,000 times faster than before, principally because we have degraded and destroyed forests, spread agriculture, introduced animals into new environments, and polluted the air, water, and soil. There are at least 10 million species on Earth, and experts estimate we're killing 30,000 of them each year, a pace that appears to be increasing. Some scenarios predict that nearly 50 percent of all living species could be lost in the next 50 years. Think of an Earth without elephants, orangutans, giant pandas, rhinoceroses, dolphins, macaws, frogs, frankincense. That's the kind of world we may be entering, an everlasting bear market in species— a period Wilson dubs the Age of Loneliness.

Habitat loss is the single biggest problem. In Hawaii, two thirds of the original forest cover has been destroyed, half of the islands' 140 native bird species are extinct, and 30 more are endangered. Birds of wider range are dying too. The Spix's macaw, native to Brazil, is down to a single individual in the wild, and the ivory-billed woodpecker, which once ranged over the southeastern United States, is probably gone altogether. Twelve percent of all surviving bird species worldwide are endangered, reports a BirdLife International study. Roughly a quarter of the world's plant species will be threatened over the next few decades, says Peter Wyse Jackson, of Botanic Gardens Conservation International.

Our primate cousins are particularly vulnerable because they depend on shrinking tropical forests and endangered ecosystems for foraging. Although most have made it through the last 100 years, an estimated 20 percent— some 120 types of prosimians, monkeys, and apes— will be at severe risk of extinction within the next two decades. Among them are some whose faces are as appealing as their names, including the Tonkin snub-nosed monkey, the golden lion tamarin, and Miss Waldron's red colobus monkey.

Extinction is not always a remote event. The African violet continues to thrive in parlors around the world, yet it has all but vanished from its native Kenya and Tanzania. Urban expansion recently wiped out a wetland fern that lived just outside Cape Town, South Africa. "Extinctions are occurring right under our noses," says David Given, chairman of the World Conservation Union's Plant Conservation Committee.

Exactly what we're losing isn't known, because about 90 percent of the disappeared are unnamed, unknown invertebrates— mostly insects— that thrive in tropical rain forests. And insects make the world as we know it work. They play a crucial role in pollination, they devour detritus, and they contain pests. "If we lost half of all insects," says Norman Myers, British ecologist and author of The Sinking Ark, "our agricultural system would be in deep trouble in just one year."

Indeed, our own survival depends on the survival of other species. Studies show that the more biologically diverse a region is, the more species it contains and the more resilient it is to environmental perturbations. And ecologists already know that the loss of a species can have a devastating ripple effect. David Hawksworth, former director of the International Mycological Institute, estimates that every time one plant goes extinct, at least 15 other organisms also vanish.

To understand how ecological systems stay healthy, biologists study so-called keystone species, whose behavior helps shape the distinctive features of an ecosystem. The elephant, for example, digs water holes, clears paths in the forest, replenishes soil, and spreads seed through its dung (some seeds will not germinate unless they have passed through an elephant's digestive system). Sea otters control the population of sea urchins that feed on kelp, thus protecting kelp forests, which in turn shelter a variety of marine life and protect coastlines from wave erosion. Unfortunately, we may not learn that a species is a keystone until it's gone and takes others with it.

In many cases, endangered creatures hang on at low numbers until a small event, like an untimely drought, tips the balance toward death. But strong efforts, such as the campaign to protect the American alligator, save endangered species too, depending on the species. The alligator breeds early and often and produces dozens of eggs, so when hunting was banned, the gator rebounded. The Florida panther and the West Indian manatee share some of the alligator's habitat, but they need much more territory and breed far more slowly. Both species could disappear well before 2020.

Some organisms are beyond saving because they can no longer reproduce in the wild. The café marron, native to Rodrigues, a tiny island off Mauritius, is a wild relative of the coffee plant that might contribute genes that would allow coffee-growing in a wider range of soils and elevations, except there's only one plant left. A cutting flown to the Royal Botanic Gardens at Kew in London lived, but it can't set seed because of a faulty stigma. Eventually, it will die off.

"If someone burned down the Louvre, you can be sure people would be outraged," says Russell Mittermeier, president of Conservation International. "We're burning down nature's Louvre, and no one pays attention. Even if we keep a species alive in the zoo, it doesn't mean we can keep the thing alive. You need several hundred animals to keep a healthy gene pool."And you need natural habitat. Even the most thoughtful and well-funded zoo programs handle only about 2,000 of the 24,000 species of mammals, birds, reptiles, and amphibians known to exist, Wilson says. So for an endangered species the zoo may be more of a hospice than a rehabilitation center.

Because rescuing all threatened species is impossible, Norman Myers's proposed solution is triage. Collaborating with 100 other conservation scientists, he has tallied 25 biodiversity hot spots, covering less than 2 percent of Earth's land area but containing 44 percent of vascular plant species and nearly 40 percent of four important vertebrate groups. The areas include the Mediterranean region, New Zealand, the southern tip of South Africa, much of Brazil, and the Pacific Coast of the United States from southern Oregon down to Mexico's Baja California. Myers says that if we spend our limited conservation funds there, we'll protect the most species per dollar. He and his colleagues estimate the cost would be $500 million a year for ten years.

To stamp in our minds the impending losses, E.O. Wilson created the Hundred Heartbeat Club, a list of animal species that have fewer than 100 individuals. The mountain gorilla, a shy vegetarian with no natural enemies but humans, could soon be added to the roster. Its best chance of survival is as a tourist attraction. Other members of the club include Spix's macaw, the Hawaiian crow, the Chinese river dolphin, and the Philippine eagle. But even species with several hundred members face an uncertain future. Members of some highly vulnerable groups appear on the following pages. — reporting by Melissa Mertl

We thank the International Center for Gibbon Studies (ICGS) for its help with this article. IGCS is a nonprofit organization devoted to the study, preservation, and propagation of highly endangered gibbons: www.gibboncenter.org 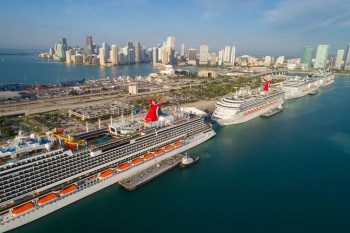 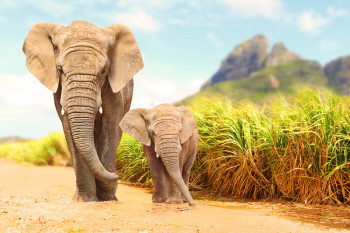