Humans are not the only primates that hunt other primate species to the edge of extinction. 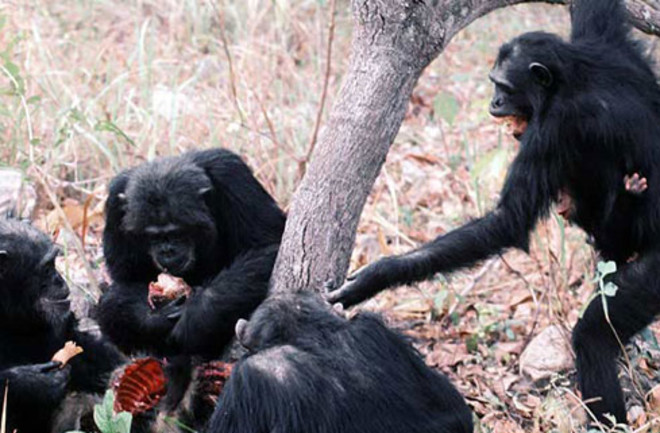 Last year biologists showed that humans are not the only primates capable of hunting other primate populations to the brink of annihilation. In a study published in May, Duke University zoologist Thomas Struhsaker and his colleagues concluded that since 1975, packs of hungry chimpanzees have killed nearly 90 percent of the red colobus monkeys in a portion of the forested Ngogo region of Kibale National Park in Uganda. Ruling out disease and food scarcity as reasons for the monkeys’ decline, the scientists found a correlation in census data between the drop in the monkey population and a dramatic uptick in the number of chimpanzees in the area, while other researchers observed an increase in successful chimp hunting parties.

Struhsaker believes the red colobus population could rebound. Female monkeys from other areas could migrate into Ngogo. “The problem is,” Struhsaker says, “will the chimpanzees simply kill those that come in?”