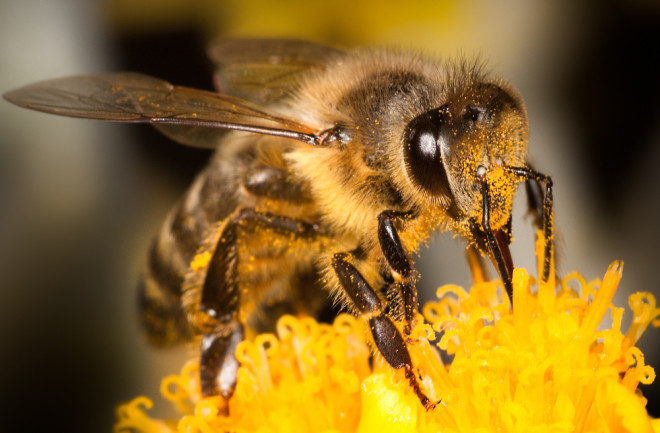 (Credit: Dancestrokes/Shutterstock) A type of insecticide used on oilseed rape plants in the U.K. is likely to blame for worrying declines in bee populations across the pond. Over the past few decades, bee populations around the world over have declined precipitously. Habitat loss, viruses and pesticides are fingered as culprits, but a recent 18-year study in England focuses the blame largely on neonicotinoids, a type of insecticide approved there in 2002 for agricultural use. The researchers monitored 62 species of bees between 1994 and 2011, including 34 species of bees that forage on oilseed rape plants and 28 that do not.

Species that rely on the oilseed plants are three times more likely to experience population declines than those that do not, researchers concluded. In five of the worst-affected species, the declines topped 20 percent, rising to 30 percent for the worst-hit species, the sharp-collared furrow bee. They published the results of their study Tuesday in Nature Communications. Neonics have previously been shown to cause adverse effects in bees in small-scale laboratory studies, but this is the first time it has been linked to bee population decline in nature. "Prior to this, people had an idea that something might be happening, but no-one had an idea of the scale," said Ben Woodcock, lead author of the paper and a researcher at the Natural Environmental Research Council Center for Ecology and Hydrology in the U.K., speaking to Reuters. "(Our results show that) it's long-term, it's large scale, and it's many more species than we knew about before."

While neonicotinoids do not necessarily directly kill the bees, they cause a range of sub-lethal problems, say the researchers. Depending on the kind of bee, the chemical can cause bees to eat or forage less, negatively affect reproduction cycles, and disrupt flying and navigation, all of which reduce their overall fitness and place additional stress on the hive. Neonics are no stranger to controversy, as studies have arrived at competing conclusions about how they affect hive health. According to a USDA-led study, neonicotinoids, in quantities used for agricultural purposes, "had negligible effects on colony health and are unlikely a sole cause of colony declines." Chensheng Lu, a Harvard environmental scientist, was also hit with a wave of criticism after he published a study in 2014 "definitively" linking colony collapse disorder with neonics. It turned out that bees in the study received doses of the pesticide at levels 10 to 100 times the level they would encounter in the wild. No surprise, his methods were called into question and dismissed as unreliable.

Neonicotinods were placed under moratorium by the European Union in 2013 after evidence of harm to bee colonies emerged. That temporary ban is set to be reviewed this year. The pending Brexit could affect the status of that ban, however, as the moratorium came from the EU — some exemptions to the ban are already in place in Britain. Some U.S. states, such as Maryland, have already banned the chemical. Last year, sulfoxaflor, a neonicotinoid insecticide, was banned across the U.S. Several other forms of the pesticide are up for review by the EPA in the next two years.