From glaciers to undersea vents to tornado-wracked plains, these are the locations that draw boatloads of scientists from all over the world. 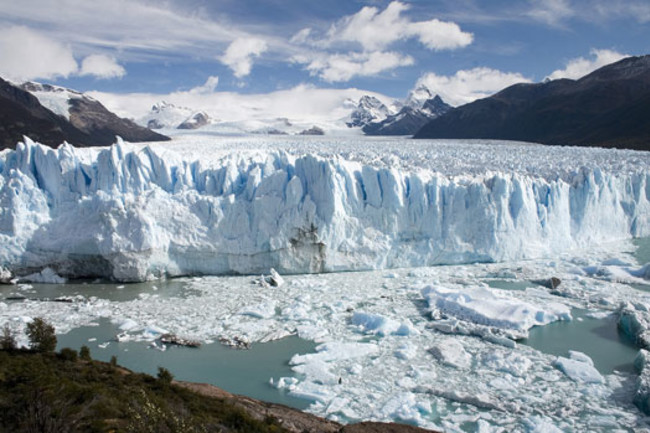 Some places on Earth ooze with such rich scientific fodder they have become meccas for the research community. Here are a few hot spots that coax scientists out of their labs in droves.

As the planet continues to warm, most of the world's glaciers are retreating. But not the Perito Moreno glacier on Argentina's southernmost tip. Miraculously, this glacier has stayed about the same size while its neighboring glaciers in the Patagonian icefield have shrunk.

Scientists want to know why. Every year since 1990, researchers have trekked to this achingly beautiful place to measure ice loss, motion and thickness in these icefields, along with the depth of the glacial lakes below them. One hypothesis for Perito Moreno's stability: geometry. The physical characteristics of the land and lake bottom surrounding the glacier impede ice flow. 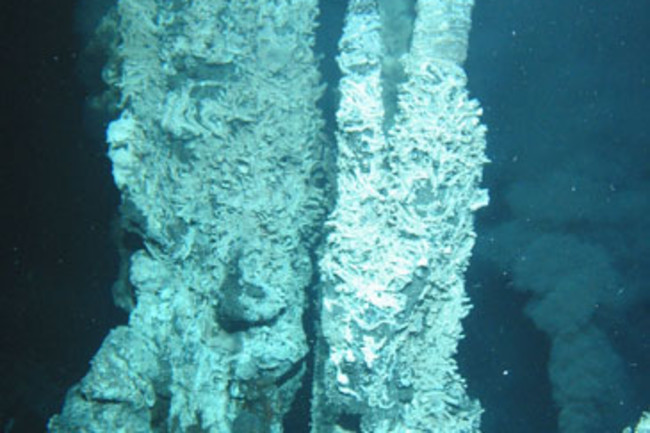 Hydrothermal vents on the sea floor are always a source of interest for scientists, but this particular vent is part of a group that provides researchers real-time experiments.

The vents are located nine degrees north of the equator along a mid-ocean ridge called the East Pacific Rise. Like most hydrothermal vents, the 9 degrees N group spews warm, mineral-rich waters into the ocean, attracting tons of bizarre creatures. But in 1991 and again in 1995, a nearby underwater volcanic eruption rocked the vents, wiping out all life. The events allowed scientists to observe how the area repopulates after such a disruption.

For example, researchers at the Woods Hole Oceanographic Institution discovered after the last eruption that a species of sea snail called Ctenopelta porifera traveled from more than 300 miles away to be a pioneering species at the newly remodeled vent. 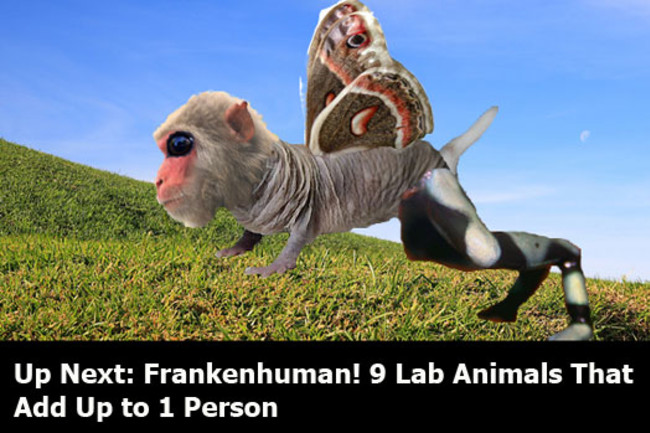 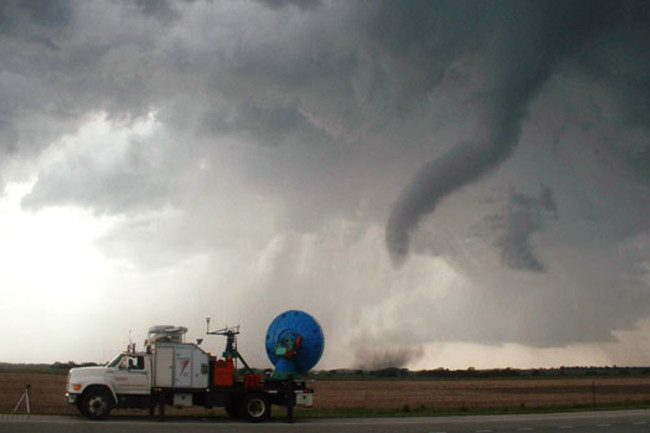 This spring, more than 100 scientists gathered from all over the world to chase tornados in the plains states. From May 1 to June 15, researchers roamed "tornado alley"--Oklahoma, Kansas, Nebraska and nearby states---in a flotilla of 10 mobile radars and 25 other weather vehicles. Their goal was to determine how tornadoes form and how to better predict them.

Each day, teams staked out a potential tornadic storm about an hour ahead and stayed there until the storm passed. The project, called VORTEX2, extended last year's efforts, when the roaming armada of scientists caught up with a tornado and successfully deployed all of their instruments. Their measurements have become some of the most intensely studied tornado data in history. 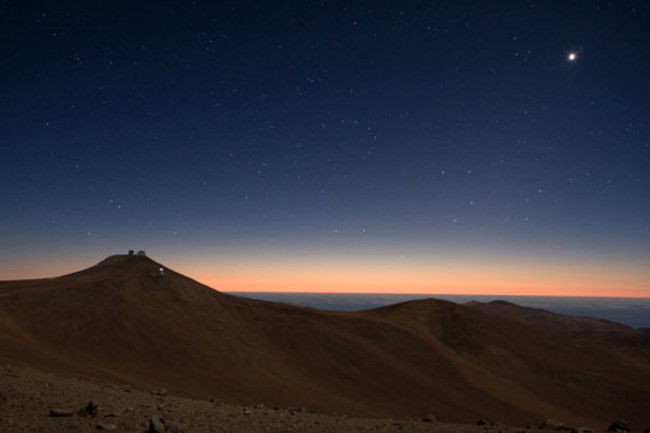 Hosting the clearest skies in the southern hemisphere, the Atacama Desert in northern Chile draws both astronomers and tourists who want to peek through powerful telescopes. Observatories dot the vast, high-altitude landscape, itself other worldly. Pictured here, the Paranal Observatory's Very Large Telescope is 27 feet in diameter and could distinguish the headlights of a car sitting on the moon.

In another part of the desert an international partnership of engineers are building what's slated to be the world's most advanced radio telescope, called the Atacama Large Millimeter Array. It will host 66 high-precision antennae positioned at a breathtaking 16,400 feet above sea level. 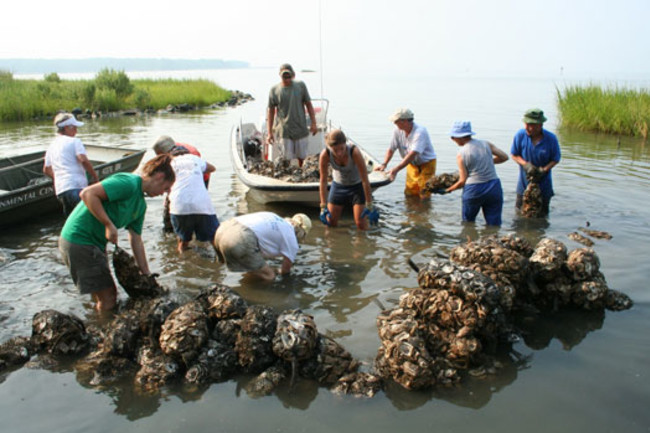 All the problems caused by agricultural run-off, sea level rise, erosion, and pollution are converging on this shallow body of water near Washington D.C., making it a complex living laboratory for scientists.

The area's worst problem is excess amounts of nitrogen and phosphorus draining into the bay from the farmland in its massive watershed. The run-off encourages overgrowth of algae, which suck the oxygen out of the water and kill other wildlife such as crabs and oysters. Scientists come to the bay to study these effects, along with the disappearing shorelines and changing marsh ecosystems. Pictured here, scientists with the National Oceanic and Atmospheric Administration pull oysters from the bay to check their health. 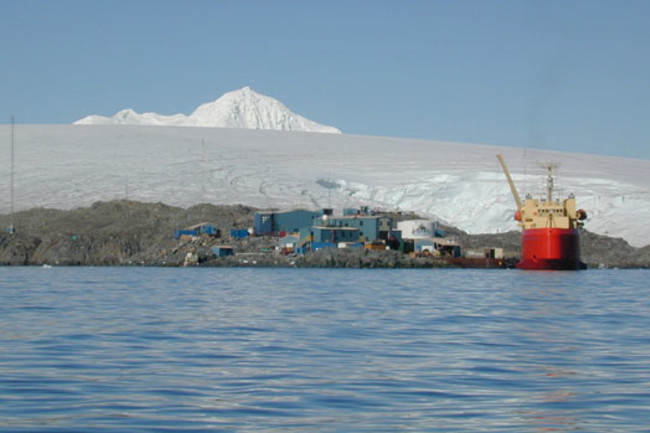 Earth's only continent without a native human population isn't as lonely as it used to be. Antarctica is inhabited by scientists at nearly 70 research stations and several dozen temporary camps. They come to these stations, often for long periods of time, to collect meteorological data, drill for deep ice samples and study cold-loving organisms.

Researchers at the Palmer Station, pictured here, focus on Antarctic marine ecosystems like sea ice habitats and terrestrial nesting sites of seabird predators. Thanks to the Antarctic Treaty signed in 1959, the continent has become a scientific preserve where researchers from dozens of countries study peacefully without military presence. 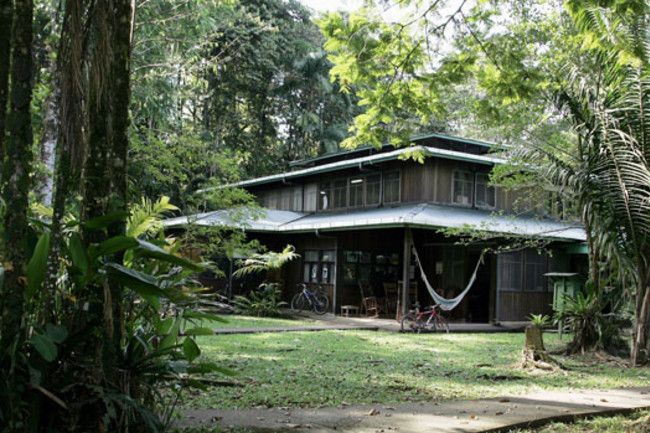 Scientists don't have to compete with loggers, poachers, or tourists at this private biological reserve where nearly 4,000 acres of pristine rain forest have been set aside just for them. "It's one of the premier tropical forest research sites in the world," says Gary Hartshorn, an ecologist at the World Forestry Center in Portland, Oregon. This biodiversity hot spot offers an incredible array of plants and animals for scientists to study, and it's more convenient than most unspoiled forests--just a two-hour drive from Costa Rica's capital, San Jose.

The station's dormitories can house up to 80 scientists, some of whom stay for months or years collecting data and analyzing it in on-site labs. "The dining facilities are fertile ground for stimulating scientific research," says Hartshorn. Scientists with fresh ideas can walk straight into the forest from the dining hall, he says. More than 240 research papers on ecosystems, soil science and forestry come out of La Selva each year. 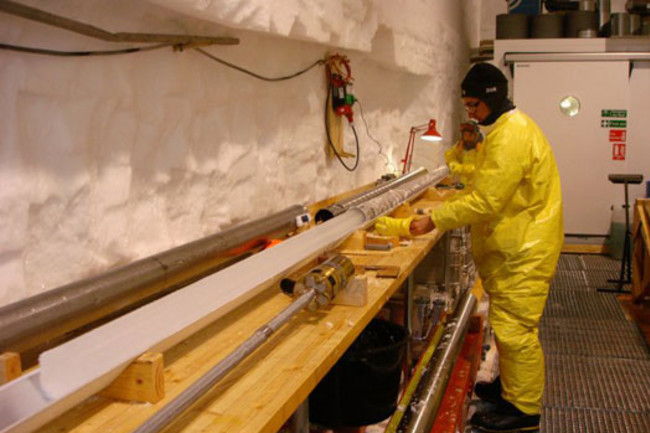 One of the few ways to find climate records of the Earth's early history is to drill into the planet's deepest ice, and one of the best places to do that is Greenland. Researchers first started digging pits there in the 1930s, and have since graduated to decade-long expeditions in Greenland with high-tech ice coring drills. "Greenland has holes punched all over it," says Mary Davis, a geologist at Ohio State University.

But the existing Greenland ice cores are lacking crucial data: records from the last interglacial period, called the Eemian, about 115,000 years ago. The Eemian period was warm, much like today, and the gasses trapped in this ice are important for understanding present-day climate change.

Since 2007, Danish scientists have been drilling for this ice at two sites in northwest Greenland called NorthGRIP and NEEM. There the conditions are best for finding Eemian ice. The bedrock is flat, which fosters even ice layers; the precipitation is high, which makes layers easier to detect; and the ice is more than 1.5 miles thick, suggesting that the ice at the bottom has been around for a long time--maybe as long ago as the Eemian period, scientists hope. 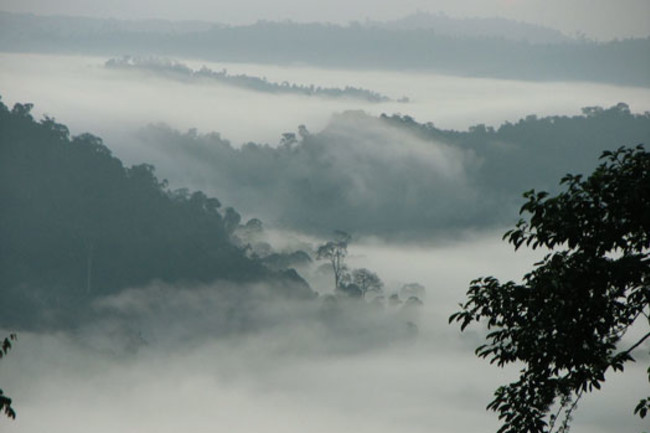 This 100,000-acre forest in southeast Asia is a mecca for tree biodiversity research. A 125-acre plot can host up to 300 species of trees. "Normally one species will win out over the other species, but not in this forest," says Gary Hartshorn at the World Forestry Center.

Scientists have for 25 years flocked to this lowland forest to find out why. Britain's Royal Society, a scientific academy, built housing, dining and lab facilities for scientists who want to stay long-term. It doesn't hurt that it's also a beautiful place to visit. "The trees are clean and cathedral-like," says Hartshorn. "And there's lots of wildlife, like elephants." 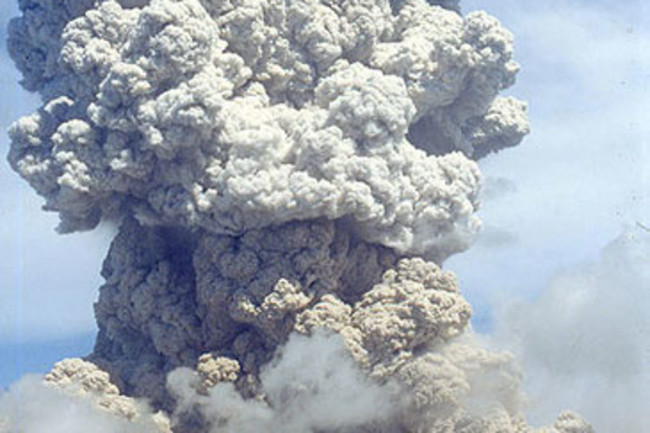 This explosive volcano in the Caribbean has become one of the most closely monitored in the world. After a long period of dormancy, it erupted in 1995 and hasn't stopped since.

Its lava flows, explosions, and two-mile high ash clouds have left the majority of the island uninhabitable, and evacuations are frequent. Researchers at the Montserrat Volcano Observatory continuously monitor its activity. With permanent stations in and around the volcano, the group monitors seismic activity, ground swelling and sulphur dioxide and report their findings to the government of Montserrat. They also host other scientists from around the world who want to study this dynamic piece of earth.