Youth, Regret, and the Pain of Possibilities Lost

Science journalist Robin Marantz Henig is a contributing writer at The New York Times Magazine. Her next book, co-authored with her daughter Samantha Henig, is called Twentysomething: Why Do Young Adults Seem Stuck? and will be out in November. 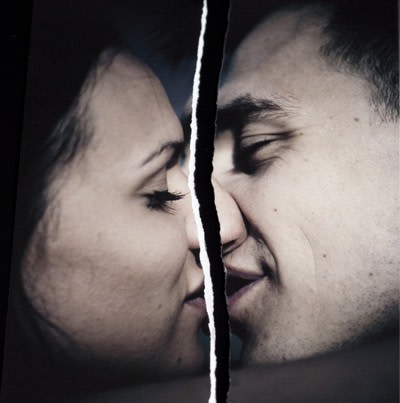 Is regret something you accumulate in your life, piling it up as you remember an ever-increasing number of things that really could have gone better? If so, you'd think that young people would have fewer regrets than older ones, since they haven't lived as long and haven't missed as many chances—and if they have missed a chance at some adventure or relationship, they're more likely to think that the chance will come around again. But a recent study by Stefanie Brassen and her colleagues at University Medical Center Hamburg-Eppendorf in Germany suggests that young people feel more regret than old people, largely because the older people seem to be quashing those nasty feelings before the feelings overtake them. Indeed, they found that the only 60-somethings who experienced regret at the same level as 20-somethings were those who were depressed. I think it's worth considering, though, whether the German investigators really were tapping into regret at all, or a different aspect of youth psychology. Brassen and her colleagues simulated regret by having her subjects play a Let's Make a Deal-type computer game in which they opened a succession of boxes to earn cash. They could keep opening boxes and keep accumulating cash as long as they stopped before they opened the box containing a pop-out devil. If they got to the devil, the game was over and they had to give back everything they'd earned in that round. The researchers were less interested in how many boxes the subjects opened than in how they felt about the chances they missed. After the round was over, the investigators revealed the contents of the unopened boxes. The more boxes the subjects could have opened before getting to the devil, the more regret they were expected to feel, since they could have earned even more money if they'd been just a little more daring. And yes, the young subjects seemed to feel more regret when they saw that they could have safely opened more boxes—just as you feel regret over switching lines at the grocery store only to watch your original line zoom past. Functional MRI scans showed that they had decreased activity in the ventral striatum, a brain region that tends to light up when people feel rewarded. For the older subjects, in contrast, having a lot more boxes they could have opened led to a different neurological change: increased activity in the control region of the brain, the anterior cingulate, suggesting that they were actually tamping down their rueful feelings. But that wasn't the only difference revealed in the study. The 20-somethings' brains were more reactive than the older subjects' brains even when the choices they made were just fine—when they'd stopped right before the box with the devil. That is, they seemed to be regretful even when there was nothing all that regrettable about their decision. What if the 20-somethings weren't experiencing regret, but rather an overall twitchiness about having made any decision at all? It's possible that this game of boxes was too much like another computer game, one that demonstrated just how difficult it is for young people to make choices and close doors. And when I say "close doors," I don't only mean that metaphorically. In that earlier game, devised by Jiwoon Shin and Daniel Ariely at M.I.T., the representations that generated such anxiety among its young players were screen images of doors that gradually disappeared. In the MIT study involving 439 20-something undergrads, Shin and Ariely gave players a finite number of mouse clicks that they could use to accumulate cash in any of three "rooms" on the screen. As players clicked inside one room, the doors to the other two rooms gradually started to shrink. Players could keep the shrinking doors from disappearing by clicking on them, and they tended to do so, even though that meant wasting a click that could have been used to accumulate more cash—and even when the rules of the game changed and they actually had to pay something to click on those pesky shrinking doors. They wanted to keep their options open, just in case. "In their frenzy to keep doors from shutting our participants ended up making substantially less money (about 15 percent less) than the participants who didn't have to deal with closing doors," Ariely wrote later in his bestseller Predictably Irrational. Even when it worked against their best interests, the young people in the experiment showed an "irrational excitement about keeping their options open." I wonder if this was really what differentiated the young and old subjects in the Brassen study. One thing is sure about making a decision—it requires you to close doors. Maybe the pain these young subjects were showing in their ventral striatum was the pain of feeling, in retrospect, that there was no turning back, that the option of opening more boxes was now lost, never to return. That's a sensation that might not have troubled the 60-somethings in the study as much, because they have already spent a lifetime getting used to it.