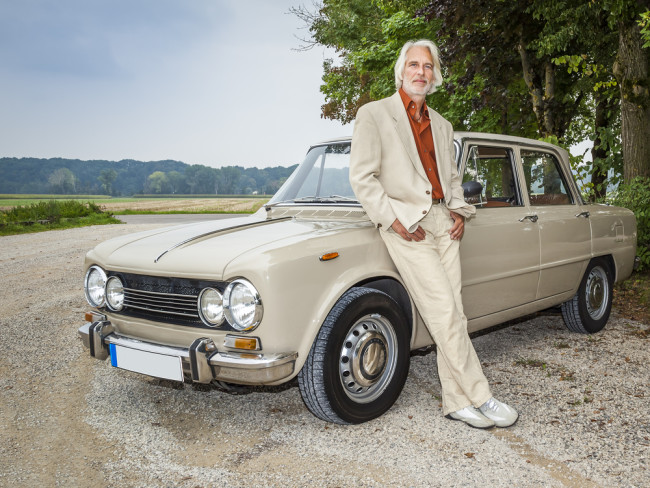 When someone compliments your sexy car, feel free to take it personally. That’s because your face bears a striking resemblance to your car’s grille and headlights, according to a new study. It’s not news that we tend to see faces in inanimate objects. (For proof look no further than this

Twitter account.) And studies years ago proved that we assign personalities to vehicles based on their front profile. However, scientists from the University of Vienna have now shown that a car's resemblance to us factors into which vehicle we decide to purchase.

Researchers showed 160 people front shots of 40 cars along with headshots of six potential owners for each car. The participants were told to assign a ranking to each potential owner, with a 1 being most likely, and a 6 being least likely. Researchers were careful to choose owners who purchased the car themselves, rather than having it gifted or inherited. They found that participants were better than chance at matching car owners to the front of their cars. People ranked the correct owner with a "1" about 23 percent of the time, higher than the 16 percent mark that demarcated chance. However, this was only true for the "face" of the car. When researchers conducted the same study using photos from the cars' sides or rear, participants were no better than chance. That indicates that they weren't basing their choices on gender or status biases, researchers say.

To take it a step further, researchers used the same experimental design to see if people could connect the vehicle with the dog of its owner. That isn't as crazy as it sounds: Japanese researchers have demonstrated that dogs and their owners tend to look alike. And sure enough, in the new study, participants could determine the correct vehicle without ever laying eyes on the person in the middle. However, researchers qualify, the dogs needed to be purebred dogs and not mutts. They published their findings in the Swiss Journal of Psychology

. But researchers are still at a loss for why, exactly, we purchase cars (or dogs, for that matter) that look like our reflections. It might be related to other ways we favor lookalikes, for instance, in who we choose to befriend

. Investigating that will take more research. In the meantime, though, all you owners of a Pontiac Aztec

, try not to take the news too hard. You and your Chinese Crested dog

know that real beauty's on the inside.