You'd Be Happier If You Talked to Strangers More Often 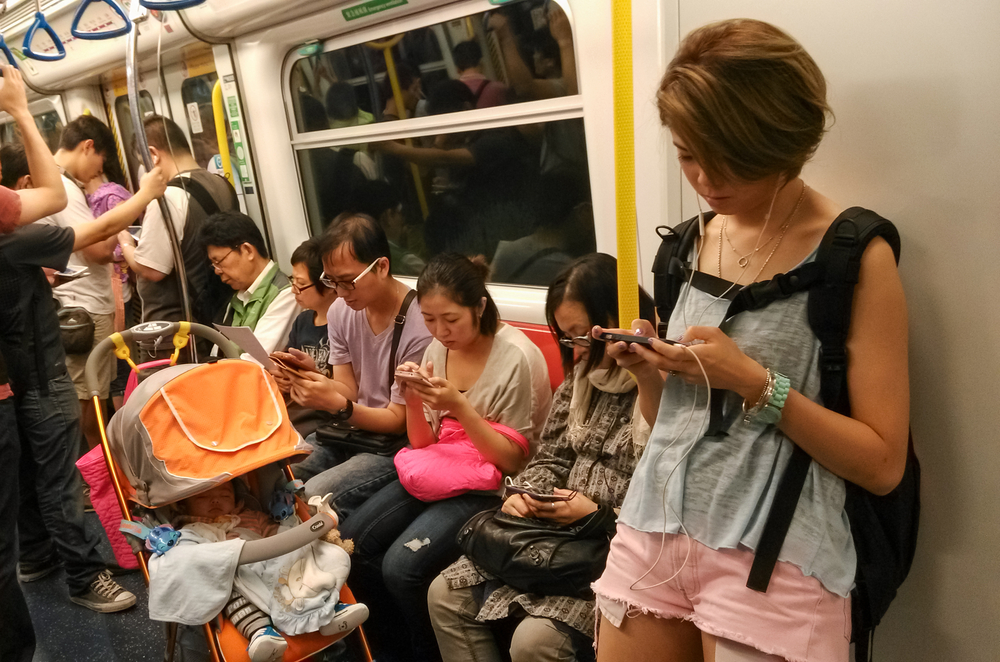 Humans are some of the most social creatures on this planet, but step into an elevator, train or public bus and something strange happens: we fall silent, stare at the wall and ignore the strangers surrounding us. But in doing so, we might be missing out on an easy way to make ourselves happier people. Through several experiments, behavioral scientists Nicholas Epley and Juliana Schroeder demonstrated that we view solitude as a better option than engaging a stranger, not because we like being alone, but because we mistakenly think others don't want to talk to us. As a result, we miss a chance to make our morning commutes more pleasurable, or even make a new friend. Defying Expectations The scientists started their investigation by recruiting over 100 commuters at a train station in Homewood, Illinois, and splitting them into three groups. One group was given instructions to strike up conversation with a stranger, another told to stay silent, and the third to simply carry on like they normally would. Then, after their commute, participants filled out an assessment that asked them to rate how productive, pleasant and happy their commute felt. A second experimental group simply filled out a survey that asked them to predict their happiness levels in each of the three situations. However, they weren’t asked to take action. In the first experimental group, those who struck up a conversation with someone — across the board — had a more pleasurable commute, and even felt more productive. On average, they spoke for 14 minutes. But interestingly, those that were asked to predict their moods went in a completely different direction: they assumed that talking to a stranger would make their commute less pleasant, less productive and leave them less happy.

Epley and Schroeder designed a similar experiment for bus commuters, but asked participants to rate the stranger’s interest in talking to them. Again, assumptions didn’t match reality: People were interested in talking to a stranger, but they assumed strangers weren’t interested in talking to them. In another experiment, conducted in a waiting room, the strangers were interviewed afterward as well — and they also reported being made happier by the happenstance conversation. The results were published this week in the

Epley and Schroeder say we clam up around strangers because we misunderstand the consequences of engaging with someone we don’t know. We mistakenly assume that people are silent on trains because they don’t want to connect, so we find peace in our solitude. But as a result, the scientists say, we are exhibiting what’s called pluralistic ignorance: when most people privately reject a norm but assume everyone else still accepts it. In other words, people privately want to chat with strangers, but incorrectly assume no one else wants to. The authors say that the best way to break down this communication barrier is through experience. The more people talk to strangers, the less they live in pluralistic ignorance. Cocktail parties, pick-up lines and other icebreakers exist to help alleviate this fear, but the more people speak with strangers the less they fear it. So next time you’re in the elevator, don’t just stare at your feet; find something to talk about — it’s good for you.