Would You Stick Pins In A Voodoo Doll of Your Child?

Well? Would you...? This was the question faced by the participants in a rather extraordinary series of studies described in a new paper from Illinois psychologists Randy J. McCarthy and colleagues. In total, 1081 parents with children aged under 18 were presented with an outline of a person, and asked to imagine that it was their own child. They were told to think of a time when their child made them angry. Finally, they were asked how many pins they would like to stick into the "doll" in order to "inflict harm on or physically punish their child". 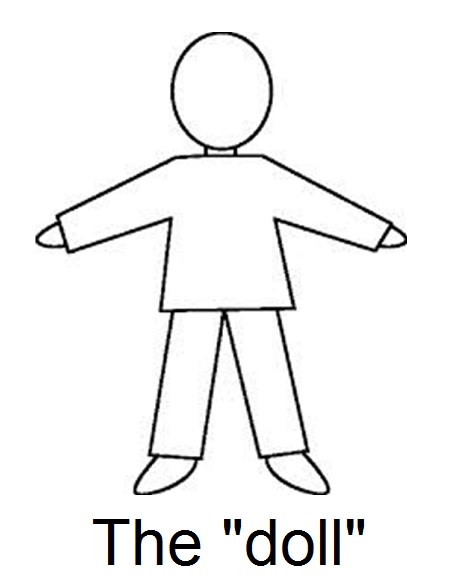 You might think that no parent would choose to stick so much as a single pin in this virtual voodoo doll, but you'd be wrong. Across the studies, while around 80% of parents chose zero pins, that leaves roughly 20% of them who did report a desire to insert in at least one pin. Worryingly, in one study, 10% of parents chose to use at least one pin even after being prompted to think about positive behavior from their child. In one of the studies, parents were asked to explain their choice in an open-ended text box response. Most of the pin-stickers cited punishment as the motive, e.g. "Because the child should have been spanked for bad behavior." One parent however simply said "Very angry." Hmm. All of these results came from online studies (on MTurk). The "doll" was just an image and the "pins" were imaginary. What would happen, then, if this task were performed in real life? In study #6. McCarthy et al. examined this question, recruiting 196 parents. In this study, the child's outline was on a piece of paper and parents were given 10 small round stickers which they could physically stick onto the drawing in order to "harm" it. These real life results were very similar to the online experiments: 80% of participants used no stickers, while 20% used at least one. Sticker usage was correlated with the parent's scores on questionnaire measures of aggression, depression, and 'child abuse potential'. There was no difference between males and females. McCarthy et al. conclude that the Voodoo Doll Task (VDT) is a valid "proxy for aggressive parenting behaviors". They acknowledge that it is a rather strange task, but they say:

Some readers may be concerned about the artificiality of the VDT. On the face of it, the VDT looks nothing like "real-world" parent-to-child aggression. We concede that the VDT is contrived and artificial: parents are not often in a position to stick pins into voodoo dolls of their children. However, these superficial aspects of the VDT do not invalidate the evidence we provide in the current manuscript.

Should you wish to adopt the Voodoo Doll Task, the materials are available here. The VDT was first introduced, in more general context, in 2013 (h/t Rolf Degen).