Can the Department of Defense build a better polygraph to catch a mole?

Mission instructions for an unusual series of experiments at the University of South Carolina: 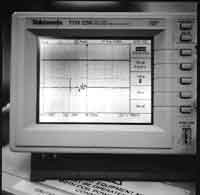 Gary Hill, a graduate student, is about to flunk out of school if he does not pass his upcoming exam.

Dr. Delicta, his professor, keeps her exams in a filing cabinet in her office, located at 341-F Barnwell Hall.

You are to steal a copy of the upcoming exam and deliver it to your accomplice.

After research subjects raid the sham office of the fictive Posie Delicta, Ph.D., they're questioned about details of the crime. They've been told to supply bogus answers while USC psychologist Jennifer Vendemia scans their brain waves with the help of 128 electrodes attached to the face and scalp.

"You have to think to tell a lie," says Vendemia. "We're measuring the cognitive process that's involved in formulating that lie."

Vendemia belongs to a small corps of academic and government investigators hoping to advance the technology of lie detection. Today the most common mechanized lie detector is the polygraph, a biofeedback device that monitors pulse, blood pressure, breathing, and sweat for signs of emotional upheaval that can accompany prevarication. Introduced almost a century ago, polygraph testing is widespread: It's used routinely in criminal investigations and in screening thousands of government employees and job applicants each year.

But the polygraph's reputation has been tarnished by concerns about its accuracy and claims that its use invades privacy. In the late 1980s, federal law banned polygraph screening by most private-sector companies; close to half the states have ruled that polygraph results are inadmissible in court. "And psychophysiology isn't the same as it was in 1920," says Paul Stern of the National Academy of Sciences, who oversees an academy panel reviewing evidence of the polygraph's accuracy and considering alternative techniques. "Some people argue there are other measures that ought to be better."

The people who care most about catching liars— namely those concerned with national security— have long searched for more foolproof methods. In the past two years, the Department of Defense has stepped up research on alternative technologies through studies coordinated by its Polygraph Institute at Fort Jackson, South Carolina. Vendemia's brain-wave research is one such project. In preliminary studies, she has already found differences between the brain waves that precede lying and those that precede truth telling. These brain waves reveal the purely cognitive aspect of deception, says Vendemia. "We're taking the emotional component out completely."

Vendemia's focus on thoughts rather than feelings is an attempt to circumvent the principal shortcoming of the polygraph: its reliance on a subject's emotions. Polygraph technology is based on the premise that lies are emotionally charged and cause involuntary physical changes that signal emotional arousal. But accusation and interrogation can stir up emotions in the innocent as well as the culpable (think Ben Stiller in Meet the Parents). Honest folk can and do fail a polygraph exam. Such results, called false positives, are most likely when a large number of ordinary citizens are tested in order to catch a few deceivers. That's the case with employee and job-applicant screening, the most common use of polygraphs.

"The really difficult problem is to discover the truthful person who's under suspicion and is scared out of his mind," says Paul Ekman, a psychologist at the University of California at San Francisco who specializes in the behavioral signals of lying.

Far less common are false-negative results, which fail to expose a dissembling subject. Properly administered polygraphs will nab 80 to 90 percent of liars, says Andrew Ryan, chief of research at the Defense Department institute. "That's incredibly important to the government," he says, when issues like espionage are at stake. "If we miss a person who's guilty, the cost of that false negative is almost too large to calculate."

Ryan says he isn't looking to replace the polygraph so much as to refine and supplement its operation. Some technical upgrades could improve its track record: For example, polygraph sessions don't last more than 15 minutes at a time because the blood-pressure cuff can hinder circulation if it's left on too long. Ryan is trying out a high-tech cuff that doesn't bind as tightly. He's also working with the Johns Hopkins University Applied Physics Laboratory to develop software that can detect subtle variations in biofeedback. "The computers will help us gather info from the data that humans just can't see," he says. 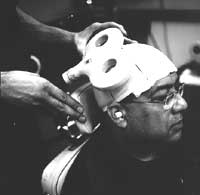 Color-coding brain waves and how they change during deception may separate liars from truth-tellers.Photograph Courtesy of Jennifer M.C. Vendemia, PH.D./University of South Carolina

The institute is also exploring technologies that could augment polygraph testing with less-invasive techniques. In one study, for example, U.S. Customs officers tried to intercept mock smugglers with the aid of a remote-sensing device that measures incriminating inflections, tones, and vibrations in the voice. Muscle tremors may also yield clues to deceit and can be detected with a body-scanning laser that can pick up heart rate and respiration as well.

But Ryan and other experts note that it's difficult to determine the field accuracy of any method of lie detection because controlled studies with real liars are difficult to perform. Lie-detection research typically uses trained subjects who are instructed to lie after going through the motions of malfeasance. Getting fake liars to feel and act like real ones is one of the biggest challenges: "It's incredibly complex to create a scenario where people respond the way they would if they'd actually committed a crime," says Ryan.

Performing a mock crime like the Posie Delicta heist presumably heightens a subject's mental investment in his lies, creating a state of mind similar to that of a genuine perpetrator. Mock crimes are also important for standardizing lie detection, because scientists can't tell how good they are at catching lies unless they know the truth.

To help gauge the accuracy of polygraph testing, Ryan has begun compiling a national database that compares polygraph results from criminal investigations with confessions, convictions, and other forensic revelations. The institute is also conducting the largest, most expensive polygraph validation study ever attempted. But some observers say such efforts could overlook the usefulness of the polygraph as a tool of interrogation. Even with its dubious reputation, Ekman notes, the availability of polygraph testing might deter lies or provoke a confession— the grand prize of interrogation.

In fact, the best lie detectors may be human, says Ekman, not mechanical. Although most people are lousy at catching lies, he's identified an elite group of law-enforcement officials and psychotherapists who seem to excel at it. They're better than the polygraph and better than Ekman himself, who has devoted his career to analyzing facial expressions, gestures, tones of voice, and patterns of speech that betray liars. Ryan, too, emphasizes the role that polygraphers play in ensuring an accurate exam.

"We train our examiners to be intuitive, incredibly observant," he says. "Some of them may be better than the instrument." Anecdotal evidence also supports the idea that intuition counts.

The best lie detectors of all, says Ryan, are mothers.

For a look at various research projects on lie detection, visit the Department of Defense's Web site: www.dodpoly.army.mil/main.htm.