With Fruit Flies, Researchers are Gaining New Insights Into Autism 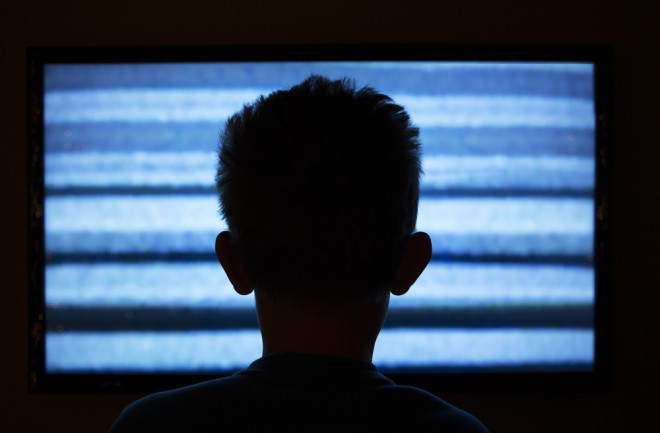 Sensory overload triggered by everyday stimuli is a common issue experienced by people with autism. Researchers say that sensory issues in autism can be modeled in fruit flies, providing a pathway for future research and treatment development. (Credit: Suzanne Tucker/Shutterstock.com)

A telephone ringing. A car horn blaring. Fluorescent lighting overhead. These are everyday sights and sounds that most people don’t give a second thought to. But for a person with autism, being around ordinary sensory stimuli can be uncomfortable or even unbearable.

Autism, typically thought of as a disorder affecting social functioning, can also have a profound effect on sensory processing. Although no two cases of autism are alike, it’s estimated that up to 90 percent of children and adults with autism experience some form of sensory difficulty. Some individuals with autism are overly sensitive to light, sound, touch or scent, while others might appear to be numb to them.

It’s difficult for doctors to treat the strong reactions to light and sound reported by so many people with autism because there hasn’t been much research exploring sensory processing in those with the disorder. However, a team of researchers has shown that the sensory issues in autism can be modeled in fruit flies, marking a significant step toward understanding this complex condition and possibly leading to new therapies.

“Historically, most research has been about the social aspects of autism, because that’s what people notice — in talking to someone with autism, you notice there’s something a little different about them. But for a person with autism, they’re probably much more aware of the sensory differences … that is probably what has a bigger impact on their quality of life,” said Daniel Baker, a researcher with the University of York, who was involved with the study.

The team isolated a gene associated with autism and other developmental disorders and studied its impact on sensory processing. Using an electrophysical paradigm, the team measured how human and fruit fly brains responded to flickering lights and visual patterns at varying frequencies. Flies modified to possess genetic mutations associated with autism showed striking similarities to humans with autism when both their brain responses were measured.

Although autism lasts throughout a person’s lifetime, some characteristics associated with the developmental disorder change with age. Typically, sensory processing issues become milder as someone with autism grows up. To investigate the link between sensory processing and age, the team measured the brain signals of juvenile and mature fruit flies exposed to visual stimuli.

They found that fruit flies with the genetic change associated with autism had age-dependent brain responses that mimicked what the researchers observed in human groups. Detecting this phenomenon across both species suggests the brains of people with autism process sensory information differently as they grow older.

“We think there’s an interesting developmental change that happens at some point during the lifespan. Perhaps some of the differences we see in childhood are compensated or fixed by the time they reach adulthood,” Baker said.

Researchers still don’t understand why the brains of people with autism process sensory information differently. Baker said the oldest explanation is the inhibition/excitation balance theory — which means their brains may get overexcited when faced with some form of stimulation. Other theories hold that autistic brains are noisier or may not be able to deal as well with surprises.

“This study is important because it’s a first step in understanding what’s happening,” Baker said. “I think we’re one of the few animal models studying sensory differences in autism.”

When faced with any complex problem, it’s often more effective to start small. To understand complex human brains, scientists are working on understanding what’s happening in smaller and simpler brains — like those belonging to the humble fruit fly.

“You can’t ask flies how they’re feeling or see if they’re looking at other flies in the eye, but flies are a really great species to use for a number of reasons,” Baker said.

Scientists know a lot about fruit fly brains and nervous systems — much more than those belonging to mammals. Experiments on animal models with simpler systems makes it easier for scientists to make connections and conclusions about what might be happening in humans.

Although the two species might seem very different, fruit flies share about 75% of disease-causing genes with humans. They’re ideal for experimentation because they’re easy to genetically modify.

“We’re able to measure the same sorts of neural responses in humans and in fruit flies. We can make quite direct comparisons across species,” Baker said.

From a practical standpoint, fruit flies give researchers a lot of bang for their buck. They breed quickly, as anyone who has purchased bananas can attest to.

“Given the same time and resources, we can test so many more flies and do so many more experiments on fruit flies before embarking on more expensive mice trials,” Vilidaite said.

Ultimately, fruit flies and other animals can only approximate the human brain. But using animal models to understanding some of the underlying mechanisms of complex disorders might one day lead to targeted treatments to manage specific symptoms.

“What we are interested in is alleviating some of the symptoms associated with autism that cause people problems with their everyday lives — encountering bright lights, loud environments, smells,” Baker said.

The goal is to help those on the autism spectrum to deal with the condition more effectively.

“The aim of this research isn’t to fix autism or to make people not autistic anymore. We don’t view autism as a disease,” Baker said. “Autism is a difference, a way of being different.”

The research was published this week in the journal Proceedings of the Royal Society B.