When it comes to the Freudian defense mechanism that’s been all over the news, there’s more going on than meets the eye. 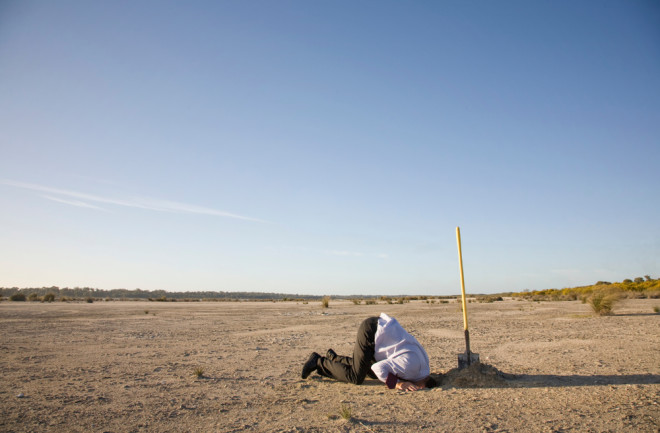 One January day in 1919, Charles Nelson of the San Francisco Board of Supervisors presented a petition to the mayor. The Spanish flu was raging, but the city's Anti-Mask League had had enough. Nelson, in support of the petition, asked that Mayor James Rolph remove the city’s mask ordinance, which was an “infringement of our personal liberty” and “not in keeping with the spirit of a truly democratic people to compel people to wear the mask who do not believe in its efficacy but rather, that it is a menace to their health.”

This kind of language might sound familiar. And though the effectiveness of mask-wearing in 1919 is disputed, the shortcomings likely came from the material used and the way they were worn back then. People wore their masks on the back of their necks. Others poked holes in their masks for cigars and cigarettes. A conspiracy theory took root: Aspirin from Bayer was laced with influenza from Germany.

Then — just as now — masks didn’t threaten health. The flu wasn’t being spread by Germany. A vocal segment of society simply denied the facts before them.

Denial is on the forefront of American minds and screens. We’re in an era of pandemic skepticism and a rejection of public health advice. Some people dispute the outcome of the election. Even small decisions, like choosing to board a crowded subway or gathering with friends and assuming they are COVID-free, can reflect varying degrees of the defensive human tendency to deny facts and reality. “It's very common, and it's very human,” says Nassir Ghaemi, a psychiatrist, author and professor at Tufts University School of Medicine in Boston. “But it's very unfortunate, too.”

Denial serves a psychological and social purpose. And though it’s not new, it might be more visible than ever, from the people who deny COVID-19 exists at all — like the dying patients that a now-famous nurse in South Dakota tweeted about — to those who deny the efficacy of masks and vaccines or the conspiracy theorists who write about government control. Group denial is, above all, tied up in emotion and identity.

Denial in psychological terms begins with an inner conflict and often arises as a defense mechanism, a concept first proposed by Sigmund Freud in 1894 and later expanded on by his daughter, Anna. Essentially, these mechanism are a common response to painful realities. Projection or rationalization are other ways people cope with everyday problems and threats.

“We have these so-called defense mechanisms, which are ways of thinking or feeling that ward off anxiety, that ward off emotions that make us anxious,” says Ghaemi. “Some kinds of personal reactions make you less anxious, but actually don't help anybody else in the world, and may actually be hurting yourself. And the classic one is denial.”

For example, you might deny a serious drinking problem even after losing a job or a relationship to avoid the more distressing reality of facing an addiction. You might owe money on a credit card but refuse to open the bills to avoid the bigger issue of being in debt. Denial varies in how it’s expressed, but typically protects us from feeling things we don’t want to feel.

As far as public health is concerned, widespread denial has greater consequences than the individual instances. “People always engage in denial around medical issues to some extent,” says Ghaemi. “But in a pandemic, what's dangerous ... is that, instead of that individual denial only affecting themselves, as a group people deny that there's an infection going on, [and] it's affecting a whole society. And then they engage in behaviors that make [the spread of] infection worse.”

Resistance against mask mandates or vaccines may go beyond a reflexive attitude toward them. “I think that the pandemic scared a lot of people,” says Austin Ratner, a writer and medical textbook author who published a paper in Lancet about using aspects of psychoanalysis to encourage adherence to medical advice. “It's very complicated why people reject wearing masks and reject social distancing. It's not as simple as a psychological defense mechanism.”

There are also shades of gray when it comes to denial. An early tweet from the president that compared COVID-19 to the common flu, for example, got retweeted over 120,000 times. The flu comparison became a common tool for arguing that the threat from COVID-19 was overblown. As an alternative to flat-out denial, some people might recognize COVID-19 exists, but dispute the degree of its threat or refuse to comply with lockdowns or vaccines.

“It can be like literal denial that this event didn't occur, but it can be other forms of denial, like legitimization or partial acknowledgment,” says Rezarta Bilali, an associate professor of psychology at New York University who studies denial as it relates to collective violence by groups. “So you deny certain facts, but not all others; or use different forms; or you just reinterpret the meaning of it.” Pandemic denial is very different from the denial of mass atrocities, but Bilali says some principles of group identity can apply.

Protecting a Group With Denial

In Bilali’s studies, denial could protect group beliefs from outside challenges. “Denial really served as a kind of response or as a protection toward a threat that is posed … to the group’s identity,” Bilali says. “Typically, when we are parts of groups that we identify with strongly, then we are also part of the morality or the identity of the group.”

It’s also a way for groups to make order out of chaos or explain an unexplainable threat. With the pandemic, Bilali says, “We lost, in some way, a comprehension of how our routines or life works, the order in which our world works. And we're trying to have a comprehension of that reality and also to have some control over it,” she says. “So that's also a threat, and then that activates psychological processes to address it.”

Other factors can fan the flames of mass denial, Bilali says. Conflicting information on COVID-19 provided the backdrop for people to spin countless interpretations and potential narratives of the pandemic, she says. “You had a high political conflict, and low political trust overall in the U.S., which also leads to conflicting messages coming from the administration.”

When protesters invoke their personal freedom and cite conspiracy theories, some might conclude that a refusal to buy into public health advice comes from a lack of knowledge, or dismiss a denying perspective altogether. But in addition to its psychological purpose, group denial of science can also have a lot to do with political leanings and less to do with access to information.  Adrian Bardon, author of The Truth About Denial, recently explained in a Nieman Lab article that when scientific advice threatens someone’s perceived interests or worldview, that person's “political, religious or ethnic identity quite effectively predicts one’s willingness to accept expertise on any given politicized issue.” A study he cites in his book even found that people with higher levels of scientific literacy were not more concerned with climate change — another polarizing scientific matter — than those with lower levels.

How to Approach Group Denial

So what are health officials to do in the face of denial compounded by politics and mixed messages? As many who have engaged in a Facebook argument can attest, it’s not enough to argue with people. “Logic and reason doesn't persuade when you're dealing with emotions,” says Ghaemi. “Generally speaking, you have to deal with emotion at the level of emotions, not at the level of complete reason and logic.”

Ratner and Ghaemi say that appealing to the feelings underlying denial might be a more effective approach than simply presenting facts and directives. Ratner gave the example of New York Governor Andrew Cuomo, who mentions denial in some of his tweets, and directly acknowledges the emotions surrounding COVID-19.

Ratner says it’s time to start incorporating elements of psychoanalysis into public health messaging. “I guess I'm thinking: Let's get some fresh blood on the team here,” he says. “Psychoanalysis has not been part of the mainstream academic conversation for the last number of decades. And it needs to be right now.”

A communication strategy that targets underlying emotions could be more effective, says Ratner. It could look more like CDC guidelines on crisis communication that give tips on understanding mental states during a disaster and building trust. Ratner also gave the example of a project that uses credible messengers to address a problem — that is, trained members of an at-risk community who can effectively relay information to their peers.

And the first step in combating denial, experts say, might just be accepting it as ordinary — even as it’s fueled by new channels of information like social media. “I think one big picture idea is it's normal human psychology to engage in denial,” says Ghaemi. “It's just, there's lots of things that are normal that are harmful.”