Why We’re Hard-Wired to Remember Things that Scare Us

Scientists may have uncovered how fear happens on a biochemical, electrical level. 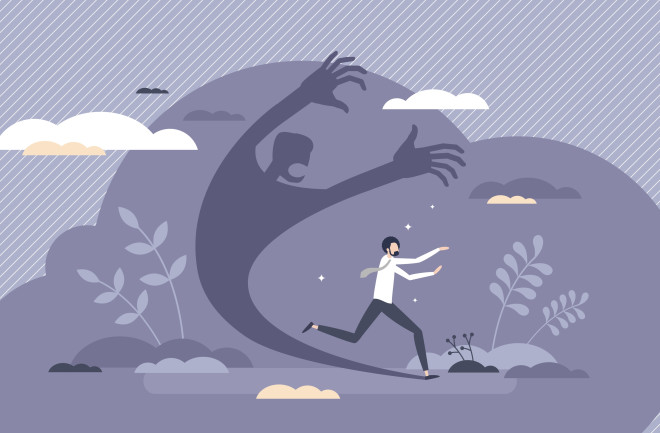 What’s the scariest thing that ever happened to you? You probably remember it vividly, down to the sinking feeling in your stomach and the sights, sounds and smells. Fear tends to produce some of our strongest memories; millions of people with post-traumatic stress disorder (PTSD) struggle to escape them.

But it’s a mystery exactly how the brain forms these memories. A new study in Nature Communications, however, illuminates some of these mechanisms for the first time. Research reveals how stress hormones change the way that neurons fire, ramping up the brain’s ability to encode new memories.

Fear is an evolutionary tool that warns us about potential danger. We’re primed to remember the things that scare us, says Tulane University Neuroscientist Jeffrey Tasker and the study’s senior author, “because you want to be able to avoid them the next time. If you don’t remember fearful environments and fearful situations that are happening, you’re not going to survive.”

But while it’s evolutionarily advantageous for us to remember frightening things, scientists haven’t been sure exactly what’s happening on a biochemical and mechanistic level to produce those memories.

At its most basic level, the brain is a collection of circuits that receive and transmit electrical impulses. Different chemicals regulate how neurons spread those electrical signals and convey them to the parts of the brain that govern everything from movement to memory. The amygdala is a hub for emotion, and it’s also involved with the formation of memories, especially emotionally charged ones.

“We are particularly interested in the stress modulation of the memory process,” says Xin Fu, a neuroscientist at the Massachusetts Institute of Technology and the study’s lead author.

To learn about how brains react to fear, Fu, Tasker and their colleagues focused on norepinephrine, also called noradrenaline, a hormone released in stressful circumstances. They dosed mice with norepinephrine and then studied their brain activity. Researchers found that norepinephrine changed the pattern of electrical activity in the brain.

“Norepinephrine is a stress signal,” says Tasker. “It’s a modulatory signal that either increases or decreases circuit activation.”

Forming memories requires your brain to make new circuit contacts, so the researchers believe that these bursts of activity help facilitate the formation of new memories. This discovery helps explain why our memories of scary events are so vivid.

While this study focused on norepinephrine, the researchers note that their findings apply to a wider range of hormones. “This is not specific to norepinephrine as the neuromodulator. This is specific to the biochemical signaling pathway that is activated by the norepinephrine receptor,” says Tasker.

Other hormones can activate the same signaling pathways that norepinephrine does and trigger the same bursts of energy that promote memory formation.

“It's almost a mistake to focus everything down onto one neurotransmitter in the brain,” says Tasker. “One of the things we’d like to explore is how multiple neurotransmitters converging on the target cell might trigger this activity.”

This study is just one of many steps to understand how our brains encode memories and react under stress. But the researchers are hopeful that it could one day help people with disorders like PTSD, whose memories of trauma are vivid far beyond the point of evolutionary utility.

“That fundamental understanding is necessary for us then to say, ‘how does this become corrupted in a way that you get maladaptive changes like PTSD, and you have the inability to have adaptive responses to fear?’” says Jamie Maguire, a neuroscientist at Tufts University and a co-author of the study.

She notes that the study’s findings about how neurotransmitters switch brain behaviors on and off could help scientists understand other mental health disorders beyond PTSD.

“We don’t really understand how the brain switches between different affective states or different moods, and that’s really one of the fundamental things we’re trying to understand,” Maguire says. “How that could translate into the episodic nature of psychiatric illnesses,” like depression and anxiety.

“If we understand that process,” she says, “we can switch it back to the healthy network or behavioral state.”