Why We Like to See Bad Things Happen to Famous People 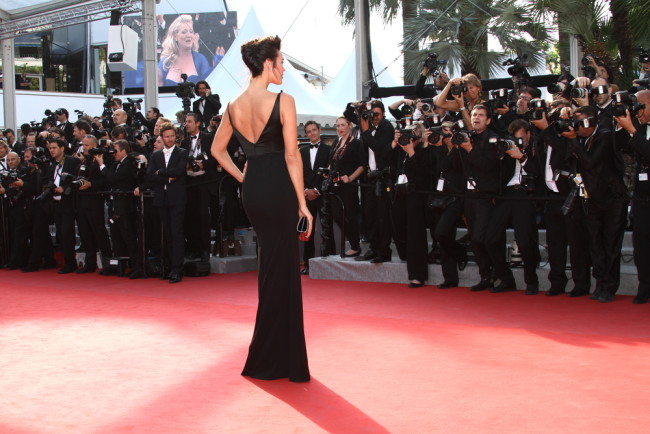 Excerpted from THE JOY OF PAIN: Schadenfreude and the Dark Side of Human Nature The editors of popular tabloid magazines such as The National Enquirer would appreciate the observations of Edmund Burke, the 18th-century philosopher and statesman. He suggested that theatergoers anticipating a tragic performance on the stage would quickly lose interest and empty themselves from the theater if they heard that a criminal was just about to be executed outside in a nearby square. Burke believed that people have “a degree of delight, and that no small one, in the real misfortunes and pains of others.” Moreover, in his view, real misfortune probably trumps the “imitative arts” every time. Some have taken this way of thinking even further. In their recent biography of Mao Tse-tung, Mao: The Unknown Story, Jung Chang and Jon Halliday make a persuasive case that Mao was someone who took a special joy “in upheaval and destruction.” But Mao also believed that he was not alone in this preference. For instance, he claimed that most people would choose war over perpetual harmony:

Long-lasting peace is unendurable to human beings, and tidal waves of disturbance have to be created in this state of peace...When we look at history, we adore the times of [war] when dramas happened one after another...which make reading about them great fun. When we get to the periods of peace and prosperity, we are bored.

Still others, such as Walker Percy, have also claimed that people have a pleasure-linked fascination with disasters and calamity, at least when these things are happening to other people. The appeal of the tabloid press and the heavy coverage of crime, accidents, and natural disasters in the media testify to the validity of such claims.

The Travails of Celebs

In addition to its reliance on real misfortunes, another consistent feature of the tabloid press is its focus on troubles happening to celebrities. A study of The National Enquirer that I conducted with psychologist Katie Boucher confirmed this feature. We examined approximately 10 weeks of the magazine. For each story, we rated the status of the person who was the main focus of the story and how much the story detailed a misfortune happening to that person (e.g., divorce, scandal, weight gain, health problem, etc.). As the status of the person in the story increased, so did the likelihood that the story would also focus on misfortune. Although the rich and famous fascinate us, most of us feel infinitely less successful than they and probably a little envious. The chance to read about celebrities’ setbacks can be irresistible—which explains much of the success of these tabloid magazines.

Let’s examine the case of Martha Stewart, whose indictment and ultimate conviction for insider trading was made to order for the tabloids. Stewart is a remarkable American success story. But, as Michael Kinsley noted in an article for Slate, her period of troubles represent “a landmark in the history of schadenfreude.” Following an early career as a model and then as a successful stockbroker, she began using her long-time interests in cooking, decorating, and gardening to develop a series of hugely successful business ventures. After releasing her first book, Entertaining, which was a New York Times best seller, she published an almost yearly series of other books on topics ranging from pies, hors d’oeuvres, and weddings to pulling off a good Christmas celebration. Along the way, she wrote many magazine articles and newspaper columns and was a frequent guest on national television programs. By the time of her indictment for insider trading in 2002, she had created a media empire, Martha Stewart Living Omnimedia. It included her own magazine, Martha Stewart Living, a daily television program, a catalogue business (Martha by Mail), and a floral business (marthastewartflowers.com), among other ventures. When the company went public on the New York Stock Exchange, she became a billionaire by the end of the first day.

Before her indictment, as the information about her alleged stock dealings emerged, Martha Stewart allowed Jeffrey Toobin, legal analyst for The New Yorker, to interview her at her Connecticut home. He sensed that the ridicule that she was receiving (such as the mock magazine cover, Martha Stewart Living Behind Bars, ubiquitous on the internet) was probably taking its toll on her, and perhaps this seemed an opportunity to right the balance. His observations about this interview were telling. Stewart positioned herself as just about perfect, free of flaws. When Toobin was served Hunan chicken for lunch, Stewart emphasized that it was done in the best way possible. She gave Toobin the recipe so that he could replicate it later. The kitchen was a marvel, with every kind of copper pot and cooking utensil. From Toobin’s description, everything about her home, about what she served him, about the way she talked and acted, seemed aimed at perfection. Martha Stewart was bound to inspire envy in many people. One senses a point of diminishing returns for Stewart as she revealed more about her marvelous lifestyle to Toobin, and comments Stewart made suggest that she was aware of the social price that could come with advantage. Toobin noticed that the utensils for lunch were thin silver chopsticks. Stewart explained that the Chinese associate thinner chopsticks with higher status, which was why she “got the thinnest I could find. That’s why people hate me.” She also seemed well aware of the schadenfreude that her troubles were creating for her and even used the word to capture the tabloid tenor of most reactions in the media. However, she expressed puzzlement over this because she saw her main business as helping women become better homemakers, and “to be maligned for that is kind of weird.” Stewart must have suffered emotionally from the negative treatment she received from much of the media. Toobin noted that the unattractive photos of her in many publications irritated her. She was peeved that Newsweek suggested that people would have treated her better if she had been nicer to them during her rise to fame and fortune. Her response in each case added to the sense that she thought pretty highly of herself. About the photos, she said, “I’m a pretty photogenic person, I mean, and they manage to find the doozies.” About Newsweek’s claim, she said, “I’ve never not been nice to anybody.”

Even the Famous Need Flaws

Stewart’s unrelenting pursuit of flawless living, however close it may be to realization, created a big target for envy. I am reminded of an often-cited experiment done in the mid-sixties by Elliot Aronson and colleagues, not long after the Kennedy administration’s bungling of the U.S. invasion of Cuba. These social psychologists had been struck by the rise in Kennedy’s popularity following this botched attempt to overthrow Fidel Castro. Why would a blunder enhance the president’s appeal? They reasoned that before this incident, the handsome, talented, and charismatic Kennedy had cut so impressive a figure that people might have found it hard to identify with him and thus harder to like him. Perhaps this mistake “humanized” him and made him more likeable. In the experiment, participants listened to an audio tape that showed another student either performing very well or poorly on a College Bowl quiz team. Following the performance, in some cases, participants then heard the student clumsily spill a cup of coffee. Ordinarily, one might think that clumsy behavior would reduce the appeal of both the superior and the average performing student. But, consistent with the researchers’ intuitions, the superior performing student actually became more attractive and likeable after he made the spill. If there were any negative effects from the pratfall, the average performer was perceived as less appealing. There is an obvious lesson in this for Stewart. As much as people might admire competence in other people, when it comes to actually liking them, too much competence becomes a handicap. We might select the highly able person to be our neurosurgeon or lawyer, but we avoid their company for lunch. A touch of weakness and vulnerability goes a long way toward taking the edge off the negative effects of superiority. Reprinted from THE JOY OF PAIN: Schadenfreude and the Dark Side of Human Nature by Richard H. Smith with permission from Oxford University Press, Inc. Copyright © 2013 by Oxford University Press.Photo by cinemafestival / Shutterstock