Why The Mind Of A Stalker Can Be Dangerous

Stalking is a common criminal behavior, which around 1 in 6 women and 1 in 17 men will experience during their lifetimes. But how does a stalker’s mind work? 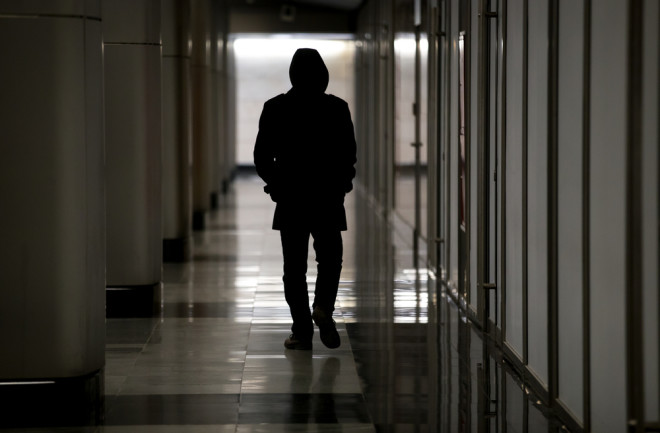 Anybody can be a victim of stalking, a criminal behavior marked by repeated following and observation. According to the Center for Disease Control (CDC), around 1 in 6 women and 1 in 17 men will experience stalking during their lifetime; nearly half reported victimization before the age of 25.

“People stalk because they want something from the victim — an apology, a relationship, sex, fear. In that sense, stalking is goal-directed and purposeful,” says expert Troy McEwan, an expert in clinical and forensic psychology from Swinburne University of Technology in Australia

Experts do find it challenging to understand the psychology behind stalking, but there are some consistent behaviors that give us insight to a stalker’s mind.

Behavioral issues found in stalkers are sometimes indicators of underlying mental disorders. Those who commit stalking are more likely than the general population to have certain personality disorders that display unpredictable behavior, such as borderline and narcissistic personality disorder. Research also has linked stalking to antisocial personality disorder, where a person could be manipulative, reckless and have a disregard for other’s feelings. In addition to personality disorders, stalking is also linked to substance use problems, schizophrenia and certain psychotic conditions.

“Psychotic illnesses are over-represented among people who stalk, as are mood disorders and personality disorders,” McEwan explains. “However, the important thing to be aware of is that nearly three-quarters of people whose stalking brings them into contact with clinical and forensic systems have a diagnosable mental disorder.”

In a 2010 study published in The Journal of Forensic Psychiatry & Psychology, 23 percent of 138 stalkers in Australia who came into contact with mental health services, Dr. McEwan and other researchers, were diagnosed with psychotic disorders. The team also discovered that stalkers were 80 times more likely to commit suicide compared to the Australian public. Risk factors for suicidal behavior included issues with employment, conflictual relationships and social isolation. Other behaviors that can occur with stalking are threats of violence — potentially even murder.

In many cases, stalking can come from the illusion of love, run amok. Though research indicates that this scenario aligns with only 10 percent of cases, some stalkers may believe that they are already in a romantic relationship with the victim, even when they aren’t.

This eccentric delusion is clinically recognized as erotomania. When considering offenders with erotomania, McEwan notes that “they stalk because they are acting on their belief that they have a loving relationship with the victim. It’s not uncommon in populations of people who stalk, but nor it is overwhelmingly common.”

A 1996 study published in Journal of the American Academy of Psychiatry and the Law, aimed to distinguish key psychological contrasts between psychotic and non-psychotic stalkers. Researchers found that most of the psychotic subjects suffered from persecutory delusions, which involves false beliefs that others are attempting to impair them.

For instance, one offender believed that his former girlfriend had cast a spell on him, which was responsible for his obsessive infatuation with the victim. In contrast, the non-psychotic stalkers were more likely to issue violent threats and abuse substances, and were motivated by jealousy and hostility.

However, psychotic stalkers are not the only ones that commit criminal behavior. The Stalking Risk Profile — written by McEwan and other professionals — describes several main typologies of obsessive following.

Among the most common are rejected stalkers, who usually target former lovers, family members and friends whose relationship with the stalker has broken down or ceased entirely. An individual may also attempt to reconcile or impose a “punishment” against the victim for their realized or perceived rejection.

Another type of stalking is intimacy-seeking stalking, which usually arises as a complication of a mental disorder when subject to loneliness or lack of close connections.

Usually transpiring in tandem with sexual deviance, predatory stalking occurs when the perpetrator stalks an individual with whom they take an interest. These stalkers — who are typically male — can prove to be dangerous, as they may use violence towards the victim. Sadism, a psychiatric condition where someone derives pleasure from the pain of others usually motivates this behavior.

“Homicide is extremely uncommon and is also infrequent in stalking cases as well,” McEwan adds. “However, in a very small number of cases, stalking may result in fatal violence, most commonly involving the murder of an ex-partner but also sometimes involving grievance-fueled violence towards strangers or acquaintances.”

Though we may envision this demographic as male dominated, women — though believed to only account for approximately 25 percent of stalkers — are similarly violent to their male counterparts. In a 2012 Swedish study, researchers found that the frequency of violent conduct between male and female stalkers were similar.

What separates female stalkers, however, is their behaviors and motivational underpinnings. In the study, most women were more likely to have borderline personality disorder. Unlike men, who typically pursue their victims to reignite a relationship, female stalkers often obsessively follow their victims to establish an intimate connection.

When considering 1 in 6 adults will be stalked at some point in their lifetime, McEwan stresses the importance of saving text messages and voicemails. Making records of times when the stalker attempts to get in contact also helps.

“Keep a timeline as soon as you realize that the person is targeting you, so you have a clear idea of when things happened,” McEwan adds. Due to the extreme nature of these types of crimes, psychological intervention is always imperative, especially in situations where the stalker has issued threats.

Specific behavioral-management techniques have proven to help subdue the offender’s habits. Many social workers and psychologists address the individual’s antisocial behavior and facilitate aggression during treatment. Though it's challenging to understand the psychological dimensions of obsessive following, stalking is profound in its destructive nature.

If you are someone you know is actively in a crisis situation or afflicted with suicidal thoughts, please call the National Suicide Prevention Lifeline at 9-8-8 or visit 988lifeline.org for more information.