Why the Home Field Advantage is on the Decline

For decades, the home team was likely to win more than half of the time. But a number of factors are driving the dwindling impact of the home turf advantage. 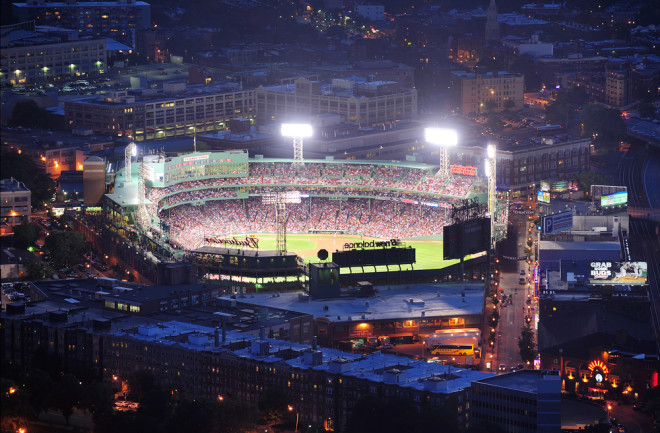 Once upon a time, it was statistically accurate to say that sports teams playing on their home turf won more games than visiting teams. For decades, this was the case. Researchers studied this “home field advantage” in a range of sports and venues — from individual to team sports, as well as across the high school, college and professional levels — to determine if it held true everywhere. In all of these, scientists found that the home team won more than half the time and as often as 70 percent of the time.

Spoiler alert: this is no longer the case. The home field advantage is disappearing, especially in professional sports.

To understand the shift, we first need to understand why the home field advantage is a phenomenon in the first place. It’s a question that's engaged scientists across disciplines, from statisticians to social and sports psychologists. The root causes, researchers have determined, may involve factors related to travel, posited to effect the physical experience of the players. But it's the support of the home team's crowd — overwhelmingly seen as a psychological force — that's the biggest facor in the home field advantage, and is directly tied to its decline today.

Learning, Travel and the Crowd Effect

Though it was widely discussed by teams as a contributing factor, researchers early on dismissed familiarity with the field or court — dubbed the “learning factor” — as an issue that could alter the outcome of a game. Studies concluded that knowledge of the venue was not a determining factor most of the time. Still, there are exceptions in certain cases, such as the Green Monster at Fenway Park, a green wall in the outfield that is so “unique,” say non-Red Sox players, that they just have to learn to “get used to it.”

Meanwhile, “travel factors,” such as the physical effects of flying and time zone changes, were found to be contributors to the home field advantage. Altitude changes — like playing an NFL game against the Denver Broncos at Empower Field at Mile High stadium, which sits an elevation of 5,280 feet — also had a noticable impact, particularly when the home team is more acclimated. In fact, Denver-based teams were found to have the largest home advantage in the NBA, NFL and the MLB, according to a statistical analysis published in 2017 in The Annals of Applied Statistics.

But scientists ultimately found that “crowd factors” — that is, the support of the home crowd — were the prime reason for home field wins. Perhaps surprisingly, it’s not really about crowd energy or the volume of their cheers. Studies suggest that fan enthusiasm is a positive motivator for home team players, but the crowd’s excitement also carries with it a negative energy known as the “cost of failure” factor: The home team’s fear of losing at home (and the ridicule that could follow) may motivate players to focus on avoiding failure rather than “striving for victory.” And further, there’s research that shows players tend to perform more poorly when their fans expect success.

The key element here — and the one that’s led to the more-recent decline of the home field advantage — is the influence the home town crowd has over officials. Statistical analyses of called plays, like traveling in basketball or penalties in hockey, show that officials call in favor of the home team and against visitors at a statistically significant rate, according to Konstantinos Pelechrinis, an associate professor of computing and information at the University of Pittsburgh.

Similarly, Yale behavioral economist Tobias Moskowitz, who penned Scorecasting: The Hidden Influences Behind How Sports Are Played and Games Are Won, agrees that refs may be the biggest element that contributes to the home-field advantage. Psychologists who have studied the analytics say the influence crowds have over officials is subconscious, not intentional. That is to say, it’s not a conspiracy, but simply a consequence of being human.

Nevertheless, how a play is called can have a profound effect on the game’s outcome. “Clearly, it only takes 2 or 3 crucial decisions to go against the away team or in favour of the home team to give the side playing at home the ‘edge,’” write the authors of study that took a look at decades of research on the home field advantage. Pelechrinis’ analysis suggests those incorrect calls, or non-calls — when the ref doesn’t call a foul, for example — take place during the most critical moments of a game.

Reasons for the Decline

There’s also been advances in sports medicine and logistics that have reduced the negative impact of travel. Players wear compression socks, for example, and have learned to increase their water intake. And teams themselves have begun to reallocate money to bring the luxuries of home on the road with them — including massage therapists, private chefs and even their favorite brand of ketchup.