Why Schizophrenia is Different for Women

It's nothing like you see on TV. Science says estrogen and aging may have roles to play. 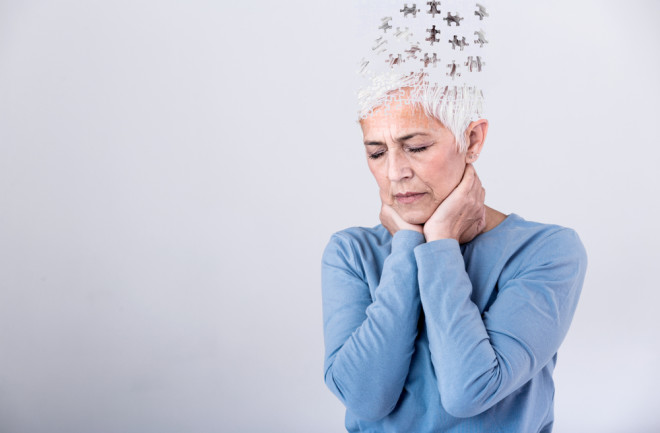 Television and film overwhelmingly portray schizophrenics as young, white men. These men are typically depicted as violent criminals or struggling geniuses coping with the loss of their work.

In real life, schizophrenia is not as seen on TV — especially for women. Scientists are increasingly learning how schizophrenia impacts men and women differently.

Men typically show schizophrenic symptoms at younger ages. The onset for most schizophrenic men is during their late teens or early twenties.

Although some schizophrenic women develop the disease in their late teens or early twenties, others don’t see symptoms until their 40s or even their 60s.  Women are twice as likely to present with symptoms after age 40. That means a woman with late-onset schizophrenia might live most of her life without any indication that she will one day be schizophrenic.

“It could be the first mental illness at the onset,” says Nicola Cascella, an assistant professor of psychiatry and behavioral sciences at the Johns Hopkins University School of Medicine.

It’s a diagnosis that many people don’t expect, and women are often misdiagnosed with mood disorders or early-onset Alzheimer’s disease.

Scientists are also finding the disease and its causes are complicated, too.

Schizophrenia is a nonaffective disorder with symptoms that include hallucinations, delusions, apathy, and social withdrawal, according to the Diagnostic and Statistical Manual of Mental Disorders (DSM-5).

About 1 percent of the population has schizophrenia, according to the National Institute of Mental Health.

Late-onset schizophrenia occurs at age 45. Scientists think it might be timed with a woman’s decreasing estrogen as she enters perimenopause.

“The idea is that estrogen exerts protective effects so during the time when women have a lot of estrogen in their bodies, they are protected in ways from developing schizophrenia,” Donovan says.

The estrogen theory is still being explored, and although Donovan says many scientists support it, they want to study it more and “prove it beyond a shadow of a doubt.”

“You lose 10 to 15 points from your baseline,” Cascella says.

Processing speed and working memory is affected, which means the person experiences disorganization in their thinking. Cascella says it’s not uncommon to see newly diagnosed college students leave school due to a loss in academic abilities.

Late-onset patients appear to have less of a disruption to their cognitive abilities. “With the late-onset women, there is some cognitive impairment, but it appears to be less disruptive than what people are experiencing if they were to develop schizophrenia in their late teens or early twenties,” Donovan says.

Women with late-onset schizophrenia have the same symptoms as people who develop it earlier in life, but scientists currently believe these symptoms tend to be milder.

For women with late-onset schizophrenia, negative symptoms can appear to their family or friends like a personality change.

“In that way, when people experience those negative symptoms, it does feel as though their personality has changed,” Donovan says.  “They aren’t talking the same way they once were, they aren’t engaging with the same connection, and they aren’t motivated to go out and do the things they once did.”

These symptoms often appear years prior to onset, which can mean a physician doesn’t have enough information to diagnose the patient. Studies show the time between first symptoms and the diagnosis, called the prodromal period, averages five years.

Cascella says he currently has a patient who was diagnosed in her senior year of college. She remembers suddenly feeling anxious in her junior year of high school about speaking in class. “There were changes happening,” Cascella says. “What I suspect in this patient is she started to be anxious as a result of her suspiciousness, thinking that ‘people are going to listen to me talk in class and I don’t know what intention they might have.’”

Women with late-onset schizophrenia also have changes occurring years before diagnosis. Women who present with negative symptoms such as apathy and depression can be misdiagnosed with a mood disorder.

It’s a complex disease, and Donovan says scientists have a lot they would like to learn about why a person develops schizophrenia — at any stage in life. They would like to be better at predicting who will develop schizophrenia so that early interventions can be made. And as a clinician who treats patients of all ages, she says she’d like to see more progress in treatment options.