Why Partisanship Is Such a Worthy Foe of Objective Truth 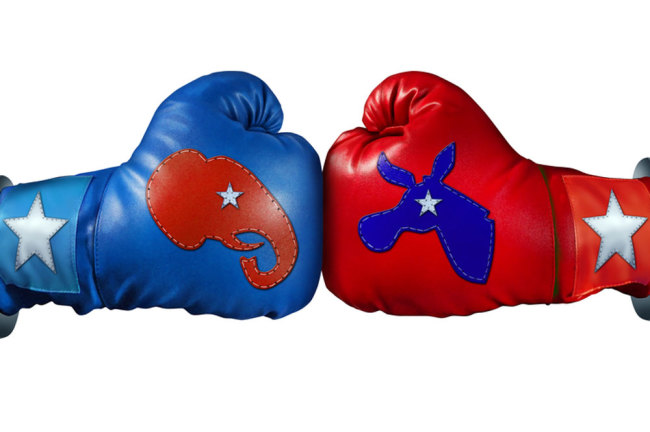 The truth is out there, but if it doesn’t come from “my side” who cares? In an era of “fake news” our relationship status with factual knowledge, and a shared reality, has changed to “it’s complicated”. Democracies depend on informed populations, but objective truth has of late taken a back seat to partisanship. In an essay published in Cell Press Reviews, New York University psychologists Jay Van Bavel and Andrea Pereira attempt to demystify how partisan bias has skewed the pursuit of truth. “What we’ve done in our paper is pull together all the relevant research we can find in many different fields including political science, psychology, cognitive science and neuroeconomics and tried to develop a single, common framework that help us understand why people have accurate or inaccurate beliefs in some areas in politics,” says senior author Jay Van Bavel. While it’s clear that partisanship affects voters’ donation decisions and voting patterns, it’s not clear why this bias carries over into perception of facts. For Van Bavel and Pereira, the disconnect boils down to identity and values. They’re calling their framework the identity-based model of belief.

We all have an internal rating system that determines the extent to which we value different things and ideas. This can be applied to choosing what to eat or how we feel about gun laws. But the exchange rate between people’s pros and cons is far from universal. “You’re weighing all these different potential trade-offs, which gets put into some kind of common currency that helps guide your behavior,” he said. “We’re assuming that because the same regions of the brain are involved in [assigning] competing values for all kinds of decisions, that the same type of mental processes are happening when we’re deciding to what extent we want to value and trust certain pieces of information.” People are seeking different outcomes when they read news article online, for example. For some, accuracy and credibility are all that matters. However, Van Bavel believes that people who aren’t news junkies bring to bear a number of different goals for each story they read, many of which are channeled through their political identities. “The need to belong is one of the fundamental human needs from an evolutionary perspective… and this manifests itself in modern politics because we’re looking for evidence that our group is correct, and our group has a good chance of winning over another group,” explains Van Bavel. Political parties typically reflect the emergent ideologies of the people who align themselves with them. For people who deeply commit to a particular party, the group membership can overshadow other identities that they juggle—mom, co-worker, aunt, American. That’s because our political affiliations give us a sense that we belong to a larger group, and agreeing with the group can help bolster our sense of self. As often happens, the value of reinforcing our sense of self outweighs the value of a shared, factual reality. Take, for example, an experiment that demonstrated how party affiliation affected people’s perception of a protest video. When participants felt the video depicted liberally minded protesters, Republicans were more in favor of police intervention than Democrats. The opposite emerged when participants thought the video showed a conservative protest. The visual information was identical, but people drew vastly different conclusions that were shaded by their political group affiliation. “People are more likely to behave and experience emotions in ways that are congruent with the activated social identity,” says Bavel. In other words, people will go along with the group, even if the ideas oppose their own ideologies—belonging may have more value than facts. The situation is excacerbated by social media, which creates echo chambers on both the left and the right. In these concentric social networks, the same news articles are circulated, validating the beliefs of the group and strengthening their identity association with the group. “If you go to the Wall Street Journal they actually have this great app called Red Feed, Blue Feed, where you can see what somebody from a different political party is seeing on the exact same issue,” says Van Bavel. So how do we get out of this jam? Van Bavel suggests reducing the emphasis placed on identity. Rather than emphasize political parties, we can replace our affiliation with that of an even larger group of people, say, global citizens. Van Bavel believes that there are other practical ways to combat the devaluation of objective truth. One way is to have social media upgrade how trusted news is rated. This could create a simple filter for higher quality news. Media literacy is another peg. We need to help people discern facts from opinion pieces, and dissociate identity affiliation with information. “Be mindful of the fact that news that contradicts people’s party or belief system is going to be threatening, and there’s a lot of research showing that when people are threatened their minds tend to close and they just get hardened in their view,” says Van Bavel. Another suggestion: Put your money where your mouth is. If you find yourself in a disagreement, make a bet with your opponent. The value placed on group affiliation is suddenly dwarfed by the $20 sitting on the table. It’s certainly one way to elevate the value of facts.