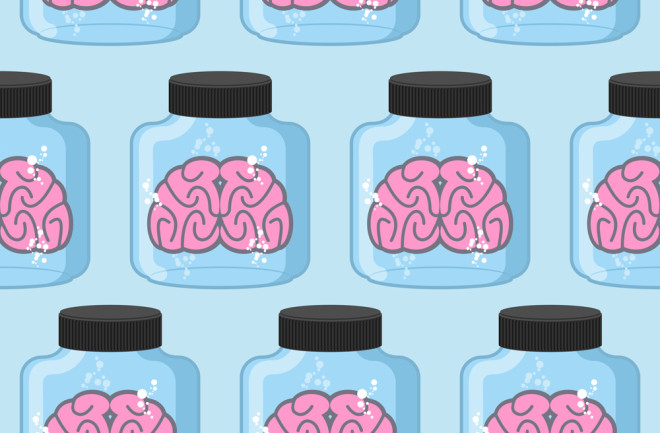 Automated financial trading machines can make complex decisions in a thousandth of a second. A human being making a choice – however simple – can never be faster than about one-fifth of a second. Our reaction times are not only slow but also remarkably variable, ranging over hundreds of milliseconds.

Is this because our brains are poorly designed, prone to random uncertainty – or “noise” in the electronic jargon? Measured in the laboratory, even the neurons of a fly are both fast and precise in their responses to external events, down to a few milliseconds. The sloppiness of our reaction times looks less like an accident than a built-in feature. The brain deliberately procrastinates, even if we ask it to do otherwise.

Why should this be? Unlike computers, our brains are massively parallel in their organization, concurrently running many millions of separate processes. They must do this because they are not designed to perform a specific set of actions but to select from a vast repertoire of alternatives that the fundamental unpredictability of our environment offers us. From an evolutionary perspective, it is best to trust nothing and no one, least of all oneself. So before each action the brain must flip through a vast Rolodex of possibilities. It is amazing it can do this at all, let alone in a fraction of a second.

But why the variability? There is hierarchically nothing higher than the brain, so decisions have to arise through peer-to-peer interactions between different groups of neurons. Since there can be only one winner at any one time – our movements would otherwise be chaotic – the mode of resolution is less negotiation than competition: a winner-takes-all race. To ensure the competition is fair, the race must run for a minimum length of time – hence the delay – and the time it takes will depend on the nature and quality of the field of competitors, hence the variability.

Fanciful though this may sound, the distributions of human reaction times, across different tasks, limbs, and people, have been repeatedly shown to fit the “race” model remarkably well. And one part of the brain – the medial frontal cortex – seems to track reaction time tightly, as an area crucial to procrastination ought to. Disrupting the medial frontal cortex should therefore disrupt the race, bringing it to an early close. Rather than slowing us down, disrupting the brain here should speed us up, accelerating behavior but at the cost of less considered actions.

This is exactly what we found while studying two patients with electrodes temporarily inserted into the brain to investigate their epilepsy. When arising from one part of the brain and unresponsive to drugs, epilepsy may be effectively treated by surgical removal of the source of abnormal activity. Implanted electrodes are often needed for this, but also to define neighboring tissue vital to important functions which the surgeon must leave intact. Here temporarily disrupting brain activity by delivering small bursts of electricity to specific areas allows us to simulate, safely, the effects of surgery before it is carried out.

In the region of the medial frontal cortex – and nowhere else – electrical disruption while the patients performed an alternating action, repeating a set of syllables or opening and closing their fingers, caused them to accelerate involuntarily. The patients reacted differently depending on which precise sub-region of the medial frontal cortex was affected. For one patient, only speech sped up; for the other, only finger movements. Remarkably, the mathematical pattern of acceleration matched the prediction if the race were finishing early, with insufficient time for “procrastination”. Not only the fact but the form of the acceleration was thus exactly as the race model predicts.

What does this tell us about decision-making in the human brain? It reminds us that the brain doesn’t “make up its mind” until a few hundred milliseconds before each action, lets no plan become inescapable until the very moment it is executed, and operates as a democratic forum where one voice may be louder than another but all are allowed time to have their say. Its procrastination is of a virtuous kind, born of a deep skepticism of advance planning, of prematurely foreclosing any option before an action is due. Evolutionary survival is a long game, and one whose only reliable rule is that there are no other reliable rules.

Biology aside, what can we learn from this? On May 6, 2010, the Dow Jones Industrial Average suddenly and inexplicably plunged by the largest point amount in a single day, a phenomenon subsequently attributed to the automated financial trading machines installed in parallel with their slower, noisier human counterparts.

The machines did not misbehave. Their programmed behaviour was simply not flexible enough, unable to adjust to the peculiar circumstances of that day, incapable of weighing up all the factors as humans do so naturally and effortlessly. The only world computers can reliably take over is one far too rigid, far too simple, to obtain in reality. We should remember that next time we are told that computers will soon rule over us.