Why Lo-Fi Music Draws Listeners In

The fuzz and crackle over Lo-Fi music's familiar beats evokes emotions some of us are looking for right now. 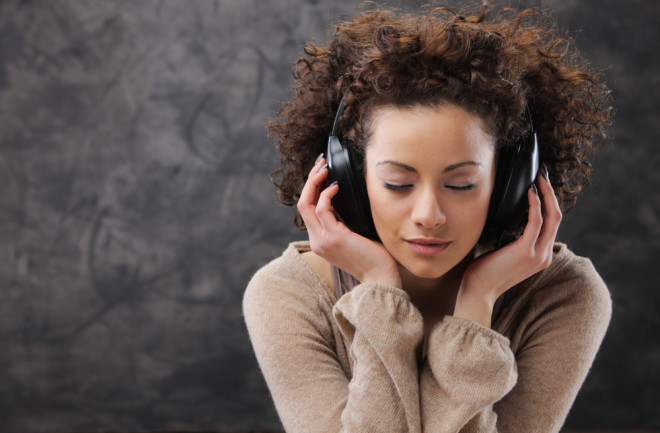 To everyone that wants a soundtrack to their lives just like all their favorite TV characters have, you’re in luck. Lo-fi music streams are drawing millions of listeners on YouTube. If you want, you can tune in and let the subtle, complex and soothing rhythms set the tempo for whatever you’re doing.

“Lo-fi” means “low-fidelity,” a term for music where you can hear imperfections that would typically be considered errors in the recording process. On YouTube channels like ChillHop music or DreamyCow, however, those “mistakes” become an intentional part of the listening experience. Listeners from around the world let the livestream play for hours on end, and the channels have boomed in popularity during the pandemic.

Those connecting to lo-fi hip hop for the first time, whatever the format, instantly feel some sense of community. That’s how Toni Blackman, a musician, artist, teacher and the first hip-hop ambassador to the U.S. State Department, felt back when she first heard it decades ago. “I felt like I had found home,” she says, remembering asking herself, “[if] there are other artists thinking like me, feeling how I feel?”

Besides the sense of belonging, experts say the appeal of lo-fi hip hop lies in the music itself — how the tunes feel and what they remind us of.

“Lo-fi” itself can apply across genres, as the term speaks to how music is recorded. This includes environmental sounds that make it onto the track, like kids playing outside or the rustling of papers. These can be combined with other intentional sounds that feel “like [you're] hearing music come through the walls,” says Elliot Gann, a psychologist and the executive director of Today's Future Sound, an organization that brings therapeutic beat-making and listening to after-school programs. Most of the popular YouTube channels are specifically lo-fi hip hop, a genre pioneered by black musicians like J Dilla.

Whether or not you know who started lo-fi hip hop, the rhythms in these YouTube channels sound familiar because they are integral to most music today. “Hip hop beats are the contemporary heartbeat of society,” writes Raphael Travis Jr., a social work researcher at Texas State University who studies how hip hop works in therapeutic settings, via email. Analyses show that between 1960 and 2010, the US Billboard Hot 100 songs with the most profound influences on pop music were hip hop. Those iconic rhythms are also part of why the otherwise soothing music doesn’t lull you to sleep, Blackman says, and keep you focused on what you’re trying to do.

Familiarity is comforting, as is nostalgia — another feeling that hip hop lo-fi might stir up in a listener. Most of these songs rely on a base and snare combination called boom bap, a hip hop sound invented in the 80s that is still associated with the era. Whether or not listeners acknowledge it, that music quality is probably sentimental, says Travis. “Sometimes it’s genuine and sometimes it’s reluctant and we just can’t help it,” he adds. Lo-fi elements, like the sound of a muffled voicemail or an analog synthesizer, amplify that nostalgia.

Read next: Binaural Beats: The Auditory Illusion People Claim Can Heal Your Brain

The way the sounds are recycled from earlier eras might explain why Blackman sees people of all generations getting into the music. “You have all these people who grew up with hip hop over the years, and young people need to chill too.”

People also stream these YouTube channels to set the tone for other work, which highlights how easy it is to let the rhythms become background music. "It's background music you can enjoy," Blackman says. Listeners can focus on what they're hearing, or they can let it fade.

That sense of control in lo-fi listening might explain why some music therapists tap into this genre. Michael Viega, a music therapist at Montclair State University, would sometimes use lo-fi to help patients acclimate to stressful environments. If he was working with a kid in the hospital — a patient hearing city noise, a bustling nurse station, and the commotion of a healthcare setting — Viega would record those ambient sounds, remix them, and add a beat. When played back, the new music would help patients better articulate their feelings. Suddenly, sounds that were aggravating before seemed ordered.

“When used in a therapy situation, this helps someone gain control of their soundscape,” Viega says. It’s possible these new lo-fi listeners are trying to better manage their surroundings, too. Tuning into familiar sounds, curated in a new, rhythmic way, might soothe anxieties about things out of your control. In a pandemic, with everyone feeling the stress of uncertainty, it makes sense that lo-fi is drawing new listeners, Travis says.

During the pandemic, there’s also been a greater reckoning with racial justice issues, including cultural appropriation. Young listeners who come across these livestreams or playlists for the first time often think lo-fi hip hop is a new phenomenon, Gann says. “There seems to be a lack of knowledge on part of younger generations that this style of music already existed,” he continues. Not only was it around long before YouTube, but the old-school hip hop and jazz inspiring the soundtracks come from Black culture.

While traveling globally as a hip-hop ambassador, Blackman saw international impressions that hip hop meant rappers throwing cash in nightclubs, something people saw as an overall negative aspect of the genre. This connotation can overshadow other parts of hip hop music — like the spiritual and emotional aspects that come from people gathering to express themselves, or the more calming rhythms in the genre. "What's on television and radio only represents about 2 percent of what hip hop culture is," Blackman says.

As COVID-19 introduces more people to a kind of hip hop they’ve never heard before, Blackman is curious to see how the music evolves. In quarantine, some musicians are trying new things — and other people are experimenting with becoming musicians themselves. Friends have reached out to show her what they created, and Blackman told them that they were making and listening to lo-fi. Once the pandemic is over, will the new listeners stick around? And will DJs everywhere make lo-fi a regular staple in their playlists?

If so, the subgenre will provide even more proof of something music professionals have known for a while. “Hip hop is the most listened to music in the world right now, and it’s not because of 50 Cent,” Blackman says. “It’s because people respond to the beat.”

Can the Blockchain Give This Island Nation Threatened by Climate Change a Digital Future?

More From Discover
Mind
The Long-Term Psychological Impact of School Shootings
Mind
The Controversial Condition of Sensory Processing Disorder
Planet Earth
Do Cats Have Dreams?
Mind
Your Navigation Skills Depend on Where You Grew Up
Mind
Research Reveals Surprising Conversations Between Our Brain Cells
Health
Past Lead Exposure Shrank IQ Scores for Millions of Americans
Recommendations From Our Store
My Science ShopDiscover STEM Kits
My Science ShopDiscover 2022 Calendar
My Science ShopStrange Science
My Science ShopElements Flashcards
Shop Now
Stay Curious
Join
Our List