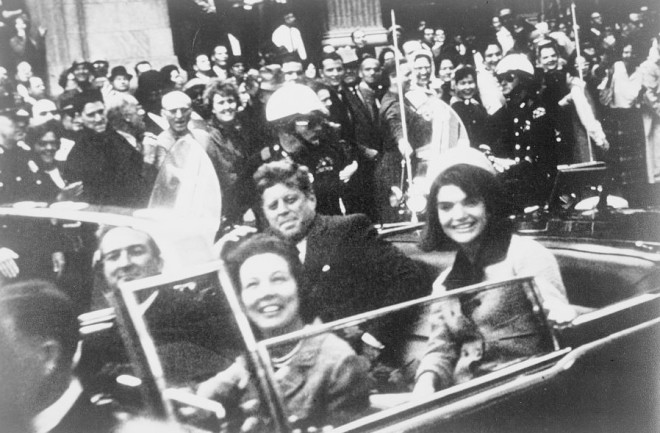 Courtesy Library of Congress. Today marks the 50th anniversary of the assassination of President Kennedy. In the wake of traumatic events like these, people often band together in response to their shared loss. But the results aren't always rosy. After the death of JFK, many people wanted to find something or someone to blame, be it politics or conspiracies or each other. Dallas bore the brunt of this finger-pointing, and became known as "the city of hate." The negative effects on the city's psyche raised Dallas's rates for murder, suicide, and even heart attacks. Steven Davis, a historical writer and curator in Texas, addresses the issue in his recent book, Dallas 1963, about the evolution of the city's character in that pivotal year. In an interview with the Guardian, Davis said that the people of Dallas were under severe psychological stress after the assassination, and it manifested in their physical health: the number of heart attacks in the city rose by 40%, Davis says.

This had knock-on effects for even those Dallas residents who were far from Dealey Plaza that day. Psychologist James Pennebaker notes in his bookCollective Memory of Political Events: Social Psychological Perspectives that in the four years following JFK's assassination, deaths due to heart disease went up 4 percent in Dallas, whereas the rate in other Texas cities, and in the nation as a whole, dropped 2 percent. Likewise, for the two years following the loss of the president, murder and suicide rates increased significantly in Dallas when compared to control cities. Other stressors have been observed to have similar effects on public health. For instance, after a 1981 earthquake in Athens, stress increased cardiac-related deaths in the area by 50% over the following days. Those effects can hold true even when the stressors in question are relatively minor. Japanese and Chinese individuals suffer fatal heart attacks at an unusually high rate on the 4th day of every month, apparently because 4 is an unlucky number in those cultures. Stress induced by the Kennedy assassination and the negative national attention that followed, therefore, took many Dallas residents to an early grave. But it did have some positive effects, Pennebaker notes: Dallas residents donated more money to the United Way and other charities in the years that followed.