Why Is Online Shopping So Addictive?

Can't stop going online and buying stuff you don't need? The urge to splurge is a constant temptation for many, and COVID-19 stress has only fueled online shopping addiction. 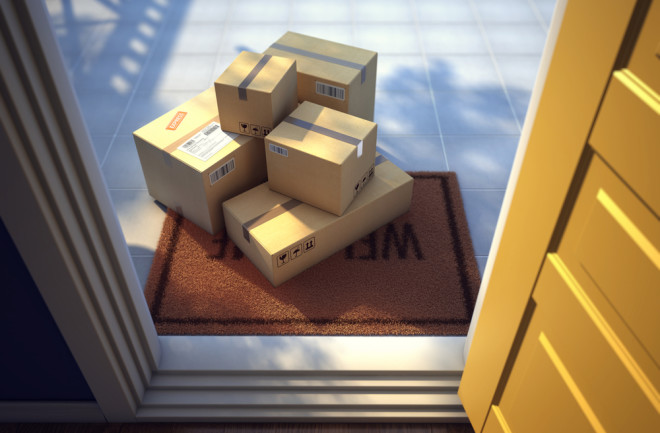 In the past year of pandemic, millions of people turned to the internet to order groceries, household supplies and other goods they’d typically purchase in person. Our phones and laptops became sanitary havens of commerce. But for some people, online shopping easily transforms from a convenient consumer strategy into an excessive, harmful behavior.

The Diagnostic and Statistical Manual of Mental Disorders doesn’t officially classify shopping addiction (or, more technically, “compulsive buying” or “oniomania”) as a disorder. Nevertheless, professionals have recognized it as a problem for more than a century — the influential German psychiatrist Emil Kraepelin first described it in the early 1900s.

Compulsive buying has only grown more effortless with the advent of computers. Today, surveys suggest 6 percent of Americans (many of them younger people) struggle to control their spending, and that many prefer to buy via the internet. “Online shopping is easy,” says Melissa Norberg, an associate professor of psychology at Macquarie University. “It’s right there at home, and you’re stuck there. Let’s see what Amazon has to offer me.”

How to Know When It’s a Problem

Of course, we all avail ourselves of Amazon and its ilk now and then. Like any behavior, this one exists on a spectrum. So how do you know when you’ve reached the extreme?

Online shopping addiction is more than spending a bit too much time browsing the web. It’s a constant preoccupation, an overwhelming urge to shop, and precisely to shop — gratification comes from the process, not from the possessions themselves. The reward is divorced from the practical purpose. In a 2015 review of research on compulsive buying, the authors write that patients report they “rarely or never use the bought items.”

The pleasure of acquiring superfluous shoes and kitchenware is, predictably, fleeting. “Shortly after they make a purchase, they often feel really bad,” Norberg says. This shame and disappointment is another hallmark of an unhealthy habit, and it feeds the habit. “It’s this reinforcing cycle,” she adds. “You feel good, then you feel bad, so then you want to feel good again.”

A spree of compulsive buying often begins, as it ends, with negative emotions: loneliness, depression, anxiety. A person may turn to shopping because they are unable to deal with some stress in their life, or to boost their own sense of self. But it can also begin with a more neutral state of mind, like boredom.

The underlying principle is that humans seek to enhance their mood, and in a year of isolation and uncertainty, many are more in need of coping mechanisms than ever before. We often refer (quite flippantly) to this emotional spending as retail therapy. The name is misleading, as it implies the act will improve mental health — the opposite is far more likely.

Compulsive buying can disrupt more than personal mental health, too. The financial consequences are self-evident, and many people have shopped themselves into debt. But as the behavior consumes more time and attention, it can just as easily spark conflicts with family and friends, or interfere with work, school and other social obligations. In fact, an online shopping addict need not spend a dollar for the habit to become problematic — the endless scrolling alone is often enough. At that point, Norberg says, “it’s becoming super important at the expense of other things.”

There’s been little research into the causes of compulsive buying, though researchers guess that it hijacks our body’s reward system in the same way as other behavioral addictions, like gambling. The activity of shopping and purchasing delivers a rush of dopamine, and the brief euphoria associated with it, then leaves us feeling as low as ever.

Internet vendors wield an arsenal of clever sales tactics against our meager brains, making it all the more difficult to resist the desire to buy. “Marketers know, perhaps better than the clinical psychologists, what drives purchaser behavior,” Norberg says. “They’re totally in tune with how people consume.” Algorithms present you with unsolicited advertisements based on your search history. Amazon automatically suggests items to pair together. E-tailers offer flash sales and “buy now, pay later” schemes.

No medications have yet been proven effective in treating shopping addiction (though, considering its close ties to other mood disorders, like anxiety and depression, it may be possible to treat both problems with one pill). A few studies have found that group cognitive behavioral therapy helps, and guided self-help can sometimes achieve the necessary intervention.

For some, a simpler, do-it-yourself strategy may suffice. Norberg favors a mindfulness approach. First, she recommends reflecting on your behavior and whether you are buying things you don’t need. One obvious — and highly common — indication is that the purchase never even leaves the box it arrived in.

Next you need to identify what triggers you to shop. Is it whenever you feel lonely, or whenever you see your laptop? Some triggers, like enabling shopping apps, can quickly be removed from your life. Others can’t. “You’re not going to be able to throw away your laptop,” Norberg says. “You’re going to have to learn, how do I use my laptop, but not engage in excessive purchasing?”

For that, she suggests facing the problem boldly. “It’s about opening up our laptop, going to Amazon, looking at the things we want, letting ourselves feel that discomfort, and just sit with it and be very mindful.” Then, find healthier ways to fill the psychological void: Call a friend, go for a run, read a book, practice a hobby. All of these can relieve the emotional problems that fuel shopping addiction, Norberg says. “It’s finding different ways to get your needs met.”