Why Hot Peppers Tingle Your Lips 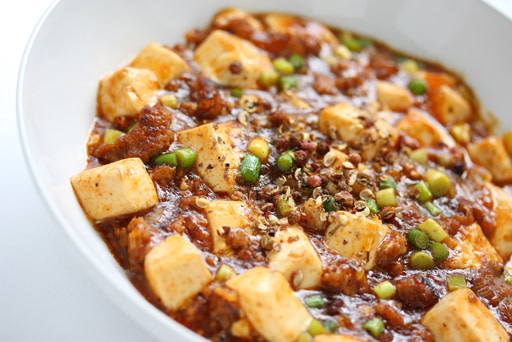 When the zing of szechuan pepper lands on your tongue, it's a downright touching experience for your brain. Szechuan pepper is a peppercorn-like berry with a kick that's popular in Asian cuisines. Now researchers have discovered that its active ingredient, sanshool,sends the same information to the brain as a gentle vibration on the finger. Aside from explaining the distinctive tingling sensation experienced when consuming adish made with the ingredient, the findings have implications for future study of chemically-induced physical sensation.

In a series of controlled experiments, the researchers convinced a total of 28 brave (or gullible) volunteers to have a small amount of ground Szechuan pepper applied to their lower lips. At various points during the trials, participants also received mechanical vibration on the right index finger, which varied in frequency and intensity. Volunteers were asked to indicate when the tingling sensation of the pepper was equal to the mechanical vibration. In later trials, researchers finally stopped painting pepper on participants' lips and instead subjected them to mechanical vibration on both the finger and lower lip. The goal of this phase of the experiment was to establish, for each individual, perception of touch on the lip relative to the finger.

in the Proceedings of the Royal Society B, reveal that the brain perceives the tingling sensation of a Szechuan pepper as equivalent to a gentle tapping on the skin at the rate of 50 times per second. While the body's reaction to sanshool has been studied previously on a molecular level, the team in this study, for the first time,focused on its mimicry of touch, and how consistently it was perceived by participants. The researchers hope their work will form the basis for a system of measurable units of sensation for future research on the perception of touch and pain. And for now, millions of voluntary Szechuan pepper eaters can just enjoy the buzz. Image credit: bonchan/Shutterstock