Neuroscientists and economists continue to understand why consumers don’t always make the best decisions when shopping. 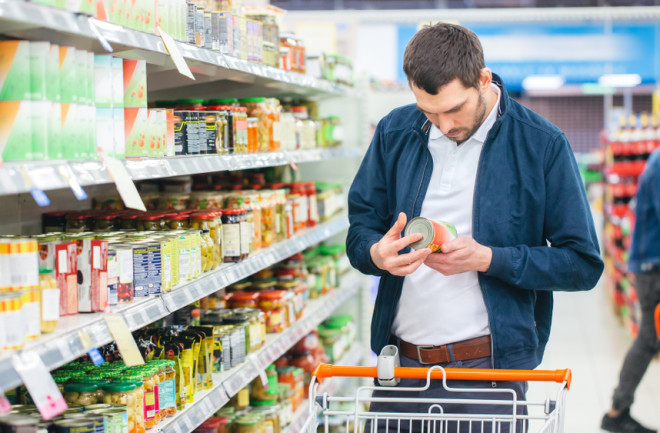 Humans don’t always make the smartest decisions when it comes to the stuff we buy. Time pressure can explain some of this – we grab the first thing we see on the shelf without checking the price and head to the cashier.

Grocery stores charge brands more to place items at the average consumer’s eye height on shelves for this reason. But research shows that even when we aren’t pressed for time, we don’t always make the right decisions when it comes to price points. Figuring out why is a question preoccupying many economists, neuroscientists and psychologists.

A recent study, published in the journal Review of Behavioral Economics, has offered a new model to rationalize why poor decisions are made. This “ratio-difference” theory explains that humans sometimes compare prices and savings to each other in relative terms when they should be thinking in absolute terms.

“Effectively solving some economic problems requires one to think in terms of differences while others require one to think in terms of ratios,” says study author Mina Mahmoudi, an economist at the Rensselaer Polytechnic Institute in a press release. “Because both types of thinking are necessary, it is reasonable to think people develop and apply both types. However, it is also reasonable to expect that people misapply the two types of thinking, especially when less experienced with the context.”

This new theory builds on past studies and hypotheses. A previous theory is that we have so many decisions to make each day that our brains use shortcuts – also known as anchoring biases – to help us make choices faster.

As an example, if you’re used to paying $2 for a loaf of plain, white sandwich bread in the grocery story, you might baulk at the $5 artisan sourdough on sale at the farmers market. That might make sense when comparing bread with bread, but research has long shown that reference points for one item can end up bleeding into our thinking for other things.

A study published back in 1974 showed how thinking about one decision can affect another, even though variables are unconnected. Researchers asked participants to spin a wheel that landed on a number between zero and 100. The same study participants were then asked how many countries there are in Africa.

Other researchers have shown that humans make better decisions when options are limited. A neuroscientist at New York University showed this by asking people to choose between several candy bars.

For this example, everyone’s favorite candy was a Snickers bar. When researchers presented the choice between a Snickers, Milky Way or an Almond Joy, people always opted for the Snickers. But when the scientists introduced more choice, offering 20 different candy bars, including Snickers, the study participants didn’t always choose Snickers.

Read more: In a World of Endless Choices, Why Is Decision-Making So Tiring?

Moreover, when the researchers got rid of all other candy bars and just presented participants with their chosen candy bar and a Snickers, the participants couldn’t figure out why they didn’t opt for the Snickers. Researchers are trying to figure out what causes this sub-par decision making. It may be more urgent as world economies struggle.