Why Do Some People Always Remember Their Dreams, While Others Almost Never Do?

Much of dreaming remains a mystery, but scientists have some ideas as to why some people are better than others at remembering their dreams. 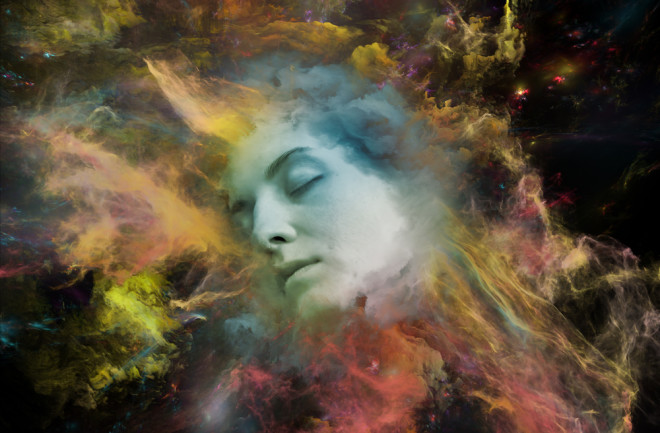 Soaring with the birds. Teeth falling out. A crazy psychopath is chasing you.

For many of us, our dreams transport us to a surreal world where logic and reason have no reign. Some of us may even look forward to sleep — and the adventures we’ll go on in our dreams.

But does everyone take a nightly trip to dreamland? While most of us remember somewhere around one or two dreams a week, some people report a subconscious experience that’s more like a blank tape.

Among us are people who say they never, ever dream. A small subset of the population — around one in every 250 people — report never remembering a single dream in their lives, as a 2015 study found.

What is it about people who don’t remember their dreams that sets them apart from the people that do? Is it possible for the brain to stop producing dreams? And could something be wrong in the brains of people who report never dreaming?

Raphael Vallat, a neuroscientist specializing in sleep and dream research at the University of California, Berkeley Sleep and Neuroimaging Lab, offered insights to a number of these questions.

Vallat says dreaming “is one of the last frontiers in our understanding of the human mind.” And learning about dream recall — the why and how of remembering one’s dreams — may help scientists solve some of the mysteries of the dreaming mind.  Work by Vallat and others in the field has uncovered a number of interesting tidbits that seem to separate the dreamers from the so-called nondreamers, or the people that seldom or never remember their dreams.

Is Dreaming a Universal Experience?

But first, we should probably set the record straight: Pretty much everyone dreams. In fact, dreaming may help foster problem solving, memory consolidation and emotional regulation.

But not everyone remembers their dreams. And, forgetting dreams is considered completely normal in terms of overall brain health and functioning.

As a general rule, memories of our dreams quickly fade. When we wake up, Vallat says memory encoding is especially fragile. The harsh blare of an alarm clock is often enough to distract us, preventing fleeting memories of dreams from ever being recorded to our long-term memory.

But for some reason, some of us are better than others at holding onto dreams. And while science still has a long way to go in understanding dream recall, it seems that brain differences, individual characteristics and aspects related to the dreams themselves all play a role.

For instance, there are some personality differences between dreamers and nondreamers. Vallat pointed to work by pioneering dream researcher Michael Schredl, who has used personality testing methods such as the Big Five framework to understand how traits such as neuroticism or openness impact dream recall.

“Dreamers tend to be more anxious, but they’re also more open to experiences and more creative people,” Vallat said. “The analogy I make is that dreamers are the artists, whereas nondreamers are the engineers.”

The idea is that some aspects of our waking lives may influence some aspects of our dream lives. And personality probably influences a person’s attitude toward dreaming in general. Someone who tends to be more logical and analytical, like an engineer, maybe wouldn’t give dreams a second thought. And it’s no coincidence that those most interested in their dreams can also recall them more often.

Vallat says personality differences between dreamers and nondreamers may also be shaped by brain differences. And consequently, how a brain is wired may influence a person’s ability to recall dreams.

While we’re asleep, our brain’s default mode network takes over, allowing our minds to wander. We use this brain region when thinking about ourselves or others in the past or future, but also while daydreaming or dreaming during sleep.

In the brains of dreamers, their default mode networks are typically more active and connected during both waking and sleeping hours, Vallat said. This extra connectivity and activation may help dreamers remember their dreams. But it also may make dreamers more prone to flights of fancy in general.  In other words, the same people who report a rich dream life may also spend their days with their heads in the clouds.

“Being lost in thoughts is very similar to actual dreaming in terms of neuro-connectivity and brain activation,” Vallat said.

If you’re a light sleeper, dream recall probably feels natural to you. In a 2017 study, Vallat and a team of scientists discovered that dreamers’ brains react more to sounds during sleep, which points to activity differences in the so-called temporoparietal junction, an information-processing center in the brain.

It may not come as a surprise, then, that dreamers are also more prone to waking up at night, and have longer periods of wakefulness, as another study by Vallat found in 2017.

This wakefulness is another must-have component of memory formation. And brief periods of awakenings — around two minutes — is enough time for dreams to be encoded into long term memory, the paper explained.

When it comes to intellectual gymnastics, grey matter drives performance. But when it comes to remembering things like dreams, lesser-known white matter may play a starring role, as Vallat’s 2018 study found.

Gray matter makes up about half of our brains, with white matter making up the other half. If you think of a brain as a computer, gray matter would represent the information processing systems. And white matter would act as the cables that connect these different components together, allowing brain communication to flow.

Vallat and a research team found that people who frequently remember dreams have more white matter in a region of the brain known as the medial prefrontal cortex, which is a brain region linked with processing information about oneself. This finding is yet another piece of evidence that shows brain connectivity is somehow important in dream recall. But having more white matter may not just help you remember your dreams, it may also promote dream creation.

As prominent neuropsychologist Mark Solms found in the early 2000s, people who developed rare, brain-damaging lesions within the white matter of the medial prefrontal cortex reported that they stopped dreaming altogether.

“Are these people just not remembering their dreams, or does the production of dreams stop? We don’t know for sure, but my opinion is that it’s a little of both,” Vallat said. “Whether a dream was vivid or bizarre definitely plays a role in remembering it. And most likely, if these people dream, they’re probably very common or mundane dreams, so they don’t remember them. Another interpretation is that they stopped dreaming. But we don’t have the means to test that now.”

But for most people, much of dream recall boils down to individual characteristics – some within our control, and some not.

Scientists also know that women, on average, are more likely to remember their dreams than men. And while Vallat says women do tend to have more activity in their brain’s default mode network, the brain’s dream center, Vallat thinks this has more to do with social conditioning.

“If you look at dream recall in children, you don’t find any differences between boys and girls. But then … girls report typically recalling more dreams around the age of 14 or 15,” Vallat said. “The theory is that women are typically more encouraged to speak about their emotions as teenagers, and this extrapolates to dreaming. Teenage boys are less encouraged to speak about their dreams or feelings.”

But both sexes may notice that their ability to remember our dreams seems to fade with age. As we grow older, our sleep patterns tend to change.

Older people get less slow wave sleep, often referred to as deep sleep. Between the ages of 20 and 60, deep sleep decreases at a rate of 2 percent per decade. But the amount of REM sleep, when our most memorable dreams seem to occur, stays about the same.

Do age-related changes make much of a difference when it comes to dream recall? Vallat said probably not. Instead, day-to day stressors like deadlines, bills and appointments often take precedence over our dream worlds.

A good night’s sleep isn’t just good for your health, it’s also good for retaining dream memories. People who are “dream deprived” tend to be sleep deprived, too.

While we dream all throughout the night, it’s easier for us to remember dreams that occurred during the REM stage of sleep. And people may miss out on REM sleep by cutting sleep short.

People who use alcohol and THC may also tend to forget dreams, as these substances are known to suppress dream-rich REM sleep, Vallat said. So, hangovers aren’t the only downside to over-imbibing.

Dream recall is simple if you ask Michael Schredl, a researcher at the Central Institute of Mental Health in Germany, who has studied a wide range of factors that can influence recall. It’s really an ability where “practice makes perfect.” In other words, if you keep trying to remember your dreams, you eventually will.  “In my opinion, the main factor is focusing on dream recall,” Schredl said in an email. “Simply keeping a dream journal or being encouraged to recall dreams can dramatically increase dream recall frequency in low dream recallers.”

But if you’re still not convinced that you do dream, Vallat outlined an experiment you can try. But, beware: You’ll feel miserable the following day.

All you need to do is set an alarm to sound every hour throughout the night. Each time you wake up, ask yourself if you were just dreaming and then write it down. Chances are, you’ll catch yourself dreaming at least half the night.

“I’d probably guess you’d remember a dream six times out of 10, with most happening in the second part of the night,” he said. “Try it for yourself, although, I am not responsible for the very bad day you’ll have after this experiment.”