Why Do Babies Point? It Starts With Our Desire To Touch 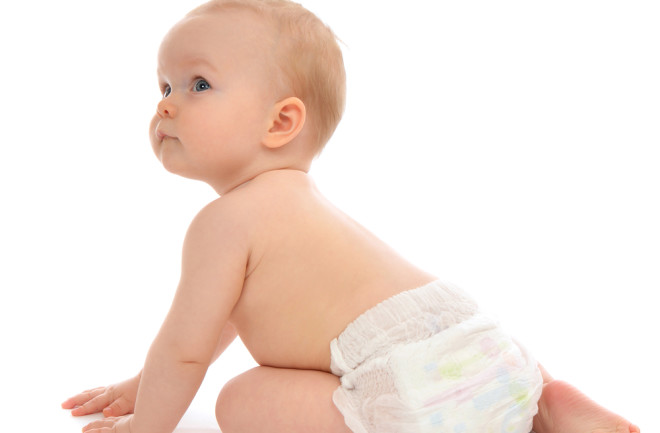 Anyone who’s hung out with babies knows how eager they are to communicate, even if they can’t do it very well. One way they do this is with the gesture of pointing, sticking out the index finger to indicate some object without touching it. Babies all over the world point in roughly the same way, starting at around 9 to 14 months. It’s a fundamental part of human interactions, as borne out by so many emojis.

But as important as pointing is to us, scientists weren’t really sure why we do it — or, at least, why our baby brains spontaneously tell us to. Is it just a way to indicate something, purely via pointing directly at it? Or is it an expression of trying to touch something?

A study published Wednesday in Science Advances suggests that touching can explain babies’ (and adults’) motivations to point. A team of researchers in Europe conducted three tests — or games, as they call them — on babies, and determined that we express and interpret pointing not so much as a type of handmade arrow, but rather as an attempt to touch.

The first test/game is the most straightforward. The authors checked if babies point at things as if their fingers were arrows, with “a pointing gesture [referring] to an object found on a vector that extends along the angle of the finger,” as the authors delightfully put it. Or instead, if this touch hypothesis is correct, do they put their fingertip in front of the object in their field of view, as if trying to touch it?

To find out, the experiments asked participants of all ages (18 months, 3 years, 6 years and adults) to point at specific cups — or, in the babies’ case, a puppet — on a wall in front of them. The team then simply measured the angles involved. In all cases and all ages, the touch hypothesis won out. People pointed at things “in such a way that it looks to the participant as though the tip of her finger is making contact with the object she is pointing at,” the authors write.

The second test/game confirmed the effect, taking the touch hypothesis a bit further to see if people would rotate their wrists while pointing to match how they’d try to touch a target. Basically, if something’s on the side of a box in front of us, would we contort our hand and arm to point at it, just as we’d do to touch it? Again, it was a resounding yes. Participants of all ages did exactly as predicted. Sometimes, the authors write, “the right hand was used to point at the left side of the box or vice versa, and the participants rotated their wrist in a strenuous way through 180° to match the orientation of the surface that they point at. These cases serve as particularly clear illustrations of the strength of the impulse to orient the hand as though attempting to touch the target.”

The final test/game was to see if this touch hypothesis also accounted for how people interpreted others’ pointing. The researchers presented participants of all ages some “ambiguous pointing gestures,” where they had to choose between a pointing-as-touch interpretation, or a pointing-as-arrow interpretation. Here, the results were more nuanced. The youngest test subjects overwhelmingly favored the touch-based pointing, and had practically zero understanding of arrow-based pointing. Older subjects, however, were able to understand both. This further supports the idea that our desire to point originates in touch, but can ultimately grow more complex.

The results are clear. “From infancy to adulthood, pointing gestures are oriented toward their target not as arrows but instead as though they were attempts to touch that target,” the authors write. The gesture pretty clearly “emerges from touch.”

There’s still more to figure out of course — based on all the experiments we still do on them, babies aren’t exactly a solved problem — but, the authors are happy with their results. “We think that a key piece of the puzzle has been unlocked with the identification of the link between pointing and touch, and it is one that brings us substantially closer to fully understanding this milestone in human ontogeny.”

The more we know about babies and human development, the better we can understand ourselves.