Who Will Dare To Challenge The Hotheaded Naked Ice Borer? 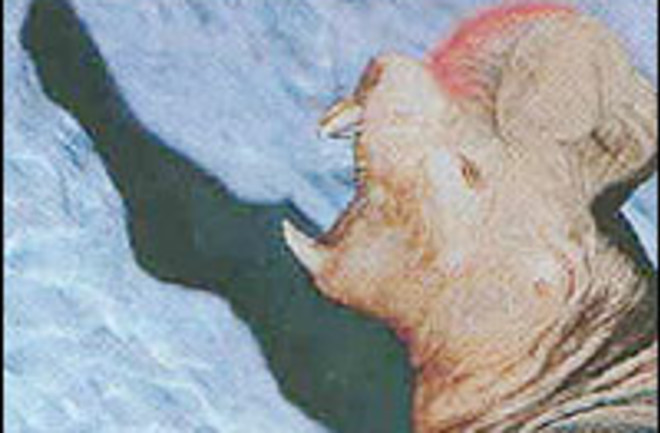 This morning, during my daily graze of news and commentary, I've come across some fairly excellent science-themed April Fool's jokes. But it will take an exceptional hoax to mount a serious challenge to what is arguably the finest science-themed April Fool's joke of all time, which today celebrates its fifteenth anniversary: the tale of the hotheaded naked ice borer.

Then-Discover-senior-editor, now-contributing-editor, and forever-all-around-good-guy Tim Folger concocted an article detailing the mystery of penguins vanishing from sight, and the discovery of a thermally endowed rodent that melted the ice under their feet and dragged them into their frozen tunnels.

Despite naming the scientist April Pazzo (I mean, come on, people), Tim fooled many a reader, as reflected in the flood of letters we received. You can read the story and some letters here. The beast even has its own Wikipedia page!

In fairness to the fooled, science is often so bizarre, it's not always easy to distinguish the reality from the hoax. (And fortunately, this morning's good news about science writer's Simon Singh's victory against chiropractors and the ridiculous libel laws of England is no joke.) So far, here the ones I've encountered that have made me smile...add you own in the comment thread.

The IUCN's species of the day: the lion finch.

The two leading journals, Nature and Science, will merge to form a journal called either Natural Science or Scientific Nature.