Who Are You? The Lure and Limitations of Personality Tests

Even if they're not the most scientifically accurate, we're obsessed with learning about ourselves and where we fit in groups. 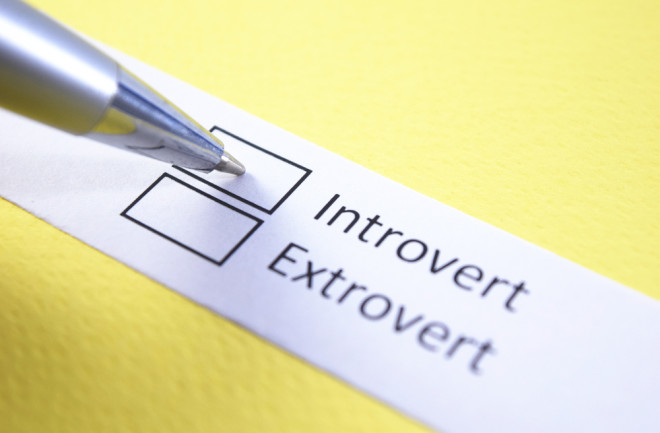 Are you more of a Gryffindor than a Slytherin, or a Phoebe than a Monica? Yes, we're talking Harry Potter and Friends here, and you might know the answer if you're a fan of themed personality quizzes. From the pages of teen magazines to the annals of Buzzfeed, they're a staple in popular culture. But why do we love them so much?

There's a certain excitement that comes with taking personality tests, says Hillary Anger Elfenbein, a professor of organizational behavior at Washington University in St. Louis. As she puts it, they’re “like holding the mirror up to yourself and trying to see yourself the way the world sees you.”

Often in scientific research, academics use the Big Five model to measure personality using five overarching traits: conscientiousness, agreeableness, neuroticism, openness and extroversion. "These are basically big-picture categories, and there are a lot of smaller, more focused personality traits that fall within these five," Elfenbein explains.

But many popular personality tests, from the Myers-Briggs to the ones that populate your social media feeds, lack rigorous science. Still, the tests can be fun, and your results insightful — but you may need to take them with a grain of salt.

Most popular personality quizzes give us a positive outlook on ourselves, and rarely highlight the negatives. It simply “feels good to say good things about yourself,” says Chris Soto, an associate professor of psychology at Colby College in Maine. The Myers-Briggs, for example, puts test-takers into one of 16 personality types, with unique traits that highlight a person’s “particular type of awesome,” as Soto puts it.

“We all have beliefs about what we're like, what our personality is like [and] what our behavior is like,” he explains. “And it just feels good to get feedback that lets you know that those beliefs are accurate.” Whether that feedback comes from a personality test or thoughtful remarks from a friend, self-validation is a powerful confidence booster.

But not everyone seeks out personality tests just to surround themselves in an echo chamber of good feelings. Sometimes, we take them to gain insight about ourselves, and to look for outside perspective to better understand where we fit in society.

“What's fun is trying to understand yourself through these frameworks,” Elfenbein says. “You get self-insight into not just why you do the things you do, but why … other people do the things they do.” And that perspective can do more than satisfy your personal curiosity.

Historically, personality tests have been used as a tool to help some businesses make hiring decisions and devise activities. The practice is still prevalent today, despite the fact that some popular corporate personality tests aren't modeled after the Big Five traits.

Right for the Job

The grandfather of all personality tests, known as the Woodworth Personal Data Sheet (WPDS), was designed to screen soldiers during World War I. It assessed their risk of “shell shock,” or mental trauma as a result of combat. The 1924 version of the test asked questions like, “Do you ever get so angry you see red?” and “Do you get tired of people easily?” Test-takers were instructed to answer yes or no. And overall, the questionnaire focused on negative traits associated with personality, rather than positive ones.

The following decades ushered in a smattering of new personality tests — this time to help hiring managers at big companies, rather than military recruiters. At Lockheed Martin in the 1940s, they used a test called the Humm-Wadsworth Temperament Scale (HWTS) to choose employees who they thought would be the best fit for a role. Lockheed credited the HWTS for the fact that they had the lowest turnover rate in the aircraft industry — less than 1 percent.

And today, the Myers-Briggs, which was created in 1940, is still a tool used in workplaces. But weeding out candidates isn't its only purpose for companies. They often apply it to team-building exercises, says Elfenbein.

"That's really my preferred way of using these tests," she explains. The Myers-Briggs, which is based off of Jungian typology, sorts people into 16 hard-and-fast personality categories. Elfenbein says this might put test-takers in a box, rather than explain their traits on a more flexible spectrum.

But they're still a valuable tool to start workplace discussions. "What I like about the Myers Briggs is that it is a great talking point," Elfenbein says. "A lot of times in the right context, you use personality traits to have a common vocabulary to talk about your differences."

As much as we love personality tests, the categories and labels we use to describe ourselves aren't always so finite. Researchers often observe traits on a spectrum: Meaning if you're extroverted, you might be more of an extrovert than someone else who falls within that same category.

And in general, it's good to be wary of tests that give you shocking results or point to traits that don't seem relevant to your personality.

“A good scientifically validated personality test is not really … going to surprise you or tell you something that you didn't already kind of know about yourself,” he says. Rather, the results might help you notice new patterns — or just validate what you already knew.