Where You Vote Could Influence How You Vote 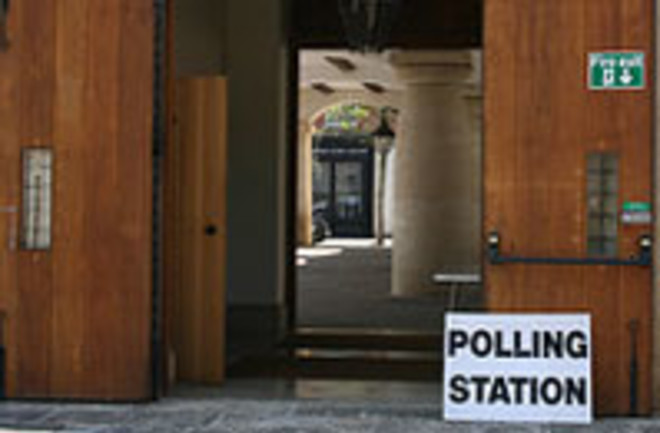 People may think they're making up their own minds when they step into the voting booth on election day; they may think that the decision they make there is a product of careful reflection and personal values. But a new study suggests that voters may be swayed by the simplest factors, like the associations they have with the physical place where they vote. In the study, researchers showed that people who cast their votes in a school were more likely to support an education initiative.

"Seemingly innocuous factors can influence behavior," said Jonah Berger, assistant professor of marketing at the Wharton School of the University of Pennsylvania, and the study's lead author. "There is a connection between location and the thing people are voting on" [ABC News Medical Unit].

Researchers studied the votes case in Arizona for the 2000 general election, and looked specifically at a statewide vote on an initiative that would boost the sales tax to fund schools.

The researchers looked at the approximately 80 percent of the precincts where they could obtain data on the type of polling location and how people voted. They found that 56.02 percent of the people who voted at schools supported the initiative whereas 53.99 percent approved the initiative in non-school locations. A statistically significant difference held up when controlled for factors such as political views and demographics [National Geographic News].

In a follow-up experiment, researchers showed pictures to test subjects (in what they thought was an unrelated task) before asking them to fill out a survey on their support for various tax programs. Some volunteers were shown pictures of schools, lockers, and classrooms while the control group was shown images of offices and generic buildings. Those who were exposed to the school images were more likely to support an education-funding initiative than the control group, and they also claimed in interviews afterwards that the images played no role in their decisions. The results, published in the Proceedings of the National Academy of Sciences, support the idea of "contextual priming," in which people subconsciously alter their behavior based on cues from the environment. Researchers are already wondering how else this phenomenon could be applied to the political process.

The team adds in the paper: Could voting in a church, for example, influence support for gay marriage or stem cell research? Could these effects extend to preferences for candidates strongly associated with educational or religious issues? [Telegraph].

It seems likely that there are political operatives trying to figure that out right now.