When Sci-Fi Plays Play With Your Identity

Science fiction is often associated with depictions of technology which, to quote Arther Clarke’s third law, is “so advanced that it seems like magic to us.” But science fiction’s other side is less about techno-gizmology and more about pushing us to think about what it is to be human. It asks what it would be like to live with different social norms (think of the group family structure in Caprica, or the androgynous society ofUrsula Le Guin’s Left Hand of Darkness), different notions of identity (think of Star Trek’s “The Borg”, Avatar), and of reality itself (The Matrix). 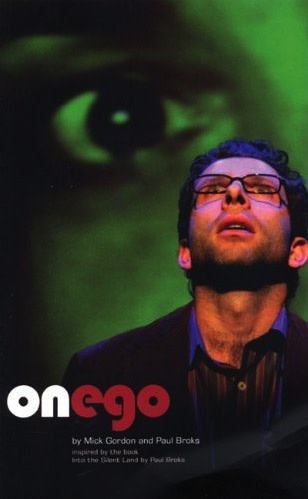 The examples I’ve mentioned are from literature, movies, and TV. What about theater? Science fiction rarely shows up on the stage. But there are exceptions. This past week I was a guest instructor in a class called “Theater for Nerds” in Northwestern University’s summer program in theatre arts for high school seniors. It’s a class created by JC Aevaliotis for in-depth readings of plays that work at the intersection of art and another discipline (history, philosophy, science)--nerdy stuff indeed. I was invited to help discuss a play called On Ego, a collaboration between playwright Mick Gordon and neuropsychologist Paul Broks. The play is an exploration of different ideas about how we can go from what David Foster Wallace called the “2.8 pounds of electrified pate” that is our brain to something so vaunted as a sense of self. One idea, called “ego theory,” holds that there is an inner essence, denoted by “I”; the other idea, called “bundle theory” holds that there is no inner essence, but instead we are long series or bundle of interconnected sensations and thoughts. The underlying brain processes such as memories, feelings, thoughts, are sprinkled across diverse regions of the brain with no special point of convergence. Instead, we “come together in a work of fiction” – our brain is a story-telling machine, and the “self” is a story. The play uses a thought experiment rooted in science fiction, and originally posed by philosopher Derek Parfit. You get beamed by a teleporter to a different location. But, a malfunction occurs and your original version is not destroyed. Which one is your “true” self? An ego theorist, who believes there must be a persistence of an inner “I” to maintain identity, would say the original; a bundle theorist, who thinks that the self is just the bundle of memories and experience, all faithfully copied by the teleporter, would say the copy is no less “you” than the original. A beautiful ambiguity is introduced through Alice, the wife of the protagonist of the play, Alex. Alice has Capgras Syndrome. In Capgras there is a disconnection between the part of our brain that does facial recognition and the part of the brain that gives you an emotional response when you see someone familiar. Facial recognition occurs, but not the emotional reaction. This isn’t noticeable for strangers, but when your wife or husband appears, the strangeness of not feeling any emotional reaction causes people with Capgras to claim that the person before them is an imposter. Alex has a teleporter accident, where his “original” is not destroyed, but his copy goes on to visit Alice. But Alice refuses to believe that Alex is her husband. Is this the Capgras talking, or is she someone who believes in the “I” as persisting inner essence and has detected that Alex is, in fact, a “fake”? The play manages to pack in all of these deep questions into a tight and dramatic story. It’s a great role model for how scientists might collaborate with story makers in a deeper way than increasing the plausibility of a far-out plot point or helping to fact check dialog. What makes this collaboration between science and art so successful is that the science fiction of the teleporter and science fact of Capgras are needed for the story to work as a piece of theater. They serve to dramatically present open questions about what it is to be human in a way that will leave the audience with a lot to think about. In a future (pun intended) post, I’ll look at what some recent sci-fi movies and TV series (Avatar,Surrogates, Caprica) say about the nature of the self.