When Republicans and Democrats Started Speaking a Different Language 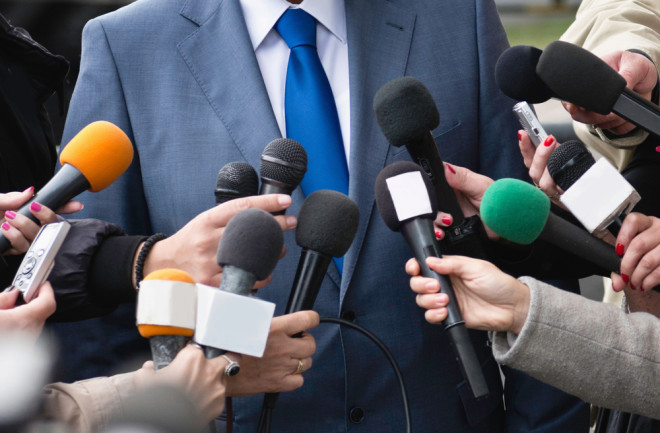 (Credit: Microgen/Shutterstock) If someone proposed a "death tax", how likely would you be to vote for it? What if we called it an "estate tax"? The words used to frame arguments can play an important role in shaping opinions of important issues — "death" and "estate" can yield two different interpretations of the same concept. That the kinds of words we use to build an argument is important has long been known, but a new study led by a researcher at Stanford University suggests that politicians are playing word games at an unprecedented level — and a specific moment in history is marked as the watershed moment of this shift.

Along with a team of researchers from Brown University and the University of Chicago, economist Matthew Gentzkow developed a machine-learning algorithm to analyze over 130 years worth of Congressional speeches from the United States Congressional Record. He picked out 530,000 two-word phrases used to discuss important issues and tagged them to either a Democrat or a Republican. Working through the data, he taught the algorithm to identify the speaker's party affiliation based on the phrases they used. Up to 1994, the computer wasn't very successful — it was correct only 55 percent of the time. But from 1994 onward, its success rate shot up, reaching 83 percent by the 2007-2009 Congressional session. The reason, he says, is that politicians of different parties began using separate phrases to talk about the same issues, while also adhering more strictly to uniform vocabularies. The result was that politicians of opposing parties began to speak, in a certain sense, different languages. The researchers discuss their results in a working paper available through Stanford's website.

Partisanship, as measured by votes, has increased steadily, but more slowly in recent years, but the way politicians talk about issues evolved independently and in a more dramatic fashion, according to the researchers. Previous studies have found that partisan rhetoric, while on the rise, is not as bad now as it was in the past. Gentzkow and his co-authors arrived at a different conclusion by accounting for "finite-sample bias", which wasn't accounted for in past studies. Here's what they mean, in their own words:

"The bias arises because the number of phrases a speaker could choose is large relative to the total amount of speech we observe, meaning many phrases are said mostly by one party or the other purely by chance."

After implementing a penalty parameter to control for bias, they saw a remarkable trend toward partisan speech after 1994, a year that saw the rise of focus group research and polling as political tools meant to identify the most effective framing for issues. It was also the year Republican legislators rolled out the "Contract with America", before going on to take control of Congress. In his paper, Gentzkow notes a sharp spike in the use of phrases from the Contract in the following year, indicating that the Republican Party had adopted the language put forth by the document — most parts of the Contract were passed by the House while Newt Gingrich served as speaker. Democrats followed suit soon after, Gentzkow says, likely adopting the same focus group-based techniques as the Republicans.