What Makes a Person Creepy?

A new study attempts to pin down what makes a person seem "creepy." 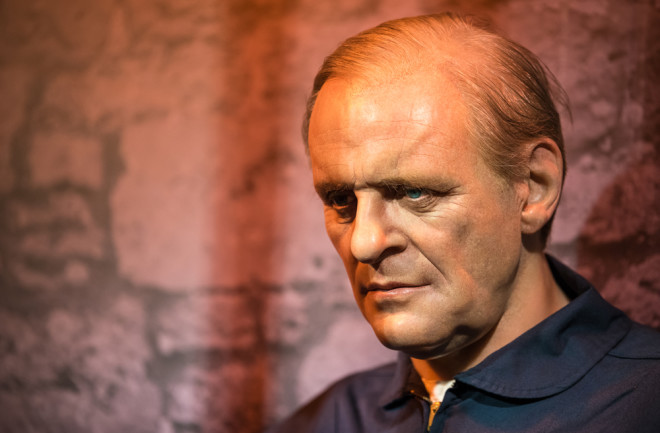 You can tell that something is wrong with Hannibal Lecter the moment he appears on screen in The Silence of the Lambs. Anthony Hopkins’ character is soft-spoken, polite and almost friendly, but there’s still something about him that makes you want to get as far away as possible — he’s a creepy person.

Later in the film, we learn our instincts were spot-on.

In a recent study, Francis McAndrew of Knox University attempted to pin down what makes a person “creepy,” a decidedly unscientific term that he says had never actually been empirically defined. He asked a total of 1,341 people, via an Internet survey, to answer 44 questions about a hypothetical “creepy person” that their friend had encountered. He asked them to rate the person’s physical appearance, behavior and intentions on a scale of 1 to 7, with one being the most normal, and seven being the most creepy. He also asked to them to rate professions and hobbies on the same scale of creepiness. The results of the study were published in the journal New Ideas in Psychology.

Both men and women were more likely to rate men as creepy, probably due to elements of physical and sexual danger. He also found that we are most likely to label people creepy when we don’t understand their behavior, or if it lies outside of social conventions. People who stand too close during a conversation, lick their lips often or laugh unpredictably creep people out.

Uncommon physical characteristics contributed to perceptions of creepiness as well. People with peculiar smiles, greasy hair, long fingers and pale skin were more likely to be rated as creepy in the survey. In general, people are creeped out by things that they don’t understand, or that don’t align with their conception of “normal behavior.” This is understandable from an evolutionary standpoint, because it’s better to be safe than sorry. Our instinctive response to unnatural situations, is to feel uneasy, as we may not know how to deal with whatever might happen next.

Certain professions and hobbies were also more likely to push our creepy buttons. Clowns rated the highest in terms of uneasiness, with funeral directors, taxidermists and sex shop owners rounding out the top four. Hobbies related to observing or photography were also mentioned by participants as being creepy. Can we be certain they aren’t photographing us?

Fear of the Unknown

Of course, Stephen King novels aside, there has never been a proven link between being a clown and being a serial killer. Or for having an odd laugh or long fingers, for that matter. But, our subconscious doesn’t take facts and reasoned arguments into account when making decisions about our safety. When it comes to our instincts, a small aberration is enough to tell us: “Get out of here!”

What’s more, seemingly innocuous clues could hint at greater dangers. The words and body language we use during social interactions belong to a set of mutually understood categories. When people deviate from this set of normative behaviors, we sense that something is off. And if something isn’t right, we don’t feel comfortable.

“If a person does not understand the simple rules of social interaction, such as when to laugh, how close to stand when talking with someone, how to use eye contact, then what other things might he not understand that could put me in jeopardy?” McAndrew wrote in an email to Discover. “In other words, the behaviors may be as innocent as they appear on the surface (awkwardness, a genuine interest in birds, etc), but they could also be something that is more threatening. Our response is to feel conflicted and to carefully monitor that individual’s behavior.”

Bird watching or laughing out of turn aren’t dangerous for anyone involved. Still, the peculiar is a powerful driver of overall creepiness.

“I think that none of the behaviors described as creepy in our study were actually tied to danger,” McAndrew wrote. “The thing that they all have in common is the fact that they are unusual and the motives of the person engaging in them are not clear.  Is that guy strolling around the neighborhood with binoculars really looking at birds, or is he doing something more sinister?”

McAndrew also asked participants whether they thought creepy people knew they were, well, creeps. The response was overwhelmingly “no,” indicating that no one thinks people are willingly trying to be creepy. Instead creepiness is a manifestation of something internal, whether that’s merely social ineptitude or something more sinister.