What Happens in the Brain When an Organ Transplant is Rejected?

The brain-organ connection is complex. Here’s what surgeons look for before, during and after a transplantation. 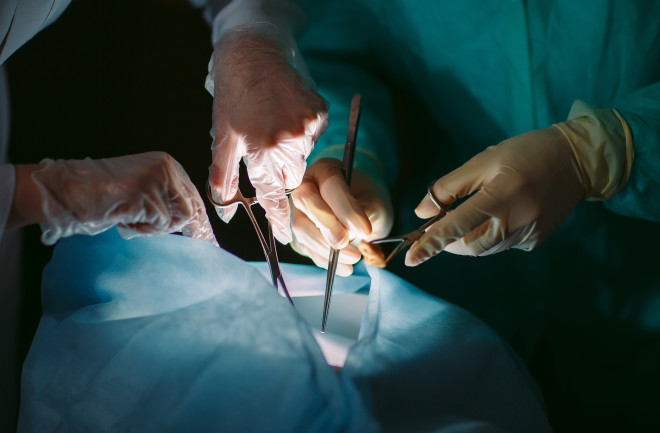 Livers outnumber people in Catherine Kling’s operating room at the University of Washington Medical Center. On this particular day, the extra organ — the only one ex-vivo, cleaned and sitting on ice — arrived just hours before the transplantation, the culmination of a thoughtful and time-consuming process of diagnoses, donor locating, evaluations and transportation, all sequenced by many expert pairs of eyes and hands.

Standing over the operating table as she’s done hundreds of times before, Kling, a general surgeon and transplant specialist, surveys the open belly in front of her. She quickly identifies the malfunctioning liver’s four main structures: the hepatic vein, portal vein, hepatic artery and bile ducts. After a few hours spent separating connections from the vena cava and nearby tissue, the patient's liver is fully removed. Next, Kling first attaches the replacement liver’s two main veins before removing the clamps and allowing it to fill with blood, turn a healthy shade of red and discharge fluid. Finally, stitching the hepatic artery and bile ducts last, she completes the transplantation.

Kling, also a hepatobiliary specialist, which entails anything involving the liver, gallbladder and bile ducts, knows that tough obstacles might still lay ahead. Up to 30 percent of liver transplants are rejected by the recipient’s body within one year of the procedure. This occurs when the patient's immune system recognizes the new organ as foreign, and deploys T cells and antibodies to attack it, doing harm over time. This is what doctors look for in postoperative evaluations, Kling says, which are routine and mandatory for transplant recipients.

But rejection in organ transplantation isn't always the end of the line. “If we detect rejection early, we give recipients extra immunosuppression and we can turn it around,” Kling says. “For somebody to have rejection, it doesn't necessarily mean that they are going to lose their organ.” And in some cases, rejection can cause issues in the brain as well as the body, illustrating how complex the mind-organ connection really is.

A common symptom of liver rejection is abnormal levels of ammonia, a chemical that in high concentrations can cause confusion and tiredness. This condition is known as encephalopathy, a broad term used to describe abnormalities in brain function and a foggy, confused mental state.

Encephalopathy is also a common symptom in heart transplant rejection, says Kevin Koomalsingh, a cardiothoracic surgeon and transplant specialist at Providence St. Vincent Medical Center in Portland, Oregon. But it's just one aspect of “the brain-heart connection,” he says, that he and his team examine during the heart transplant process.

That connection works both ways, meaning that hearts from donors can come with a different set of complications. “The brain secretes chemicals that influence how the heart behaves,” Koomalsingh says. He adds that injured brains might not send out the appropriate chemicals to the heart, potentially leading to abnormalities or imbalances in the organ's chemical concentrations and impacting its function. “We only take hearts from brain-dead donors,” Koomalsingh says. “So there’s always a concern that the chemicals have affected the heart, and it's possible that the heart may not function appropriately.” This concern is alleviated by “double, triple and quadruple checking” both the donor and recipients’ compatibility, adds Koomalsingh, who has completed over 500 heart transplants in the past eight years.

After a heart transplant, patients spend around a week in the ICU while their body recovers. Like Kling, Koomalsingh and his team closely monitor for signs of rejection. As the lynchpin of the cardiovascular system, the heart is responsible for pumping oxygenated blood throughout the body, including to the brain. A stroke, which occurs when part of the brain is either temporarily or permanently deprived of blood flow and oxygen, “is the most common complication that we see when the heart doesn’t work,” Koomalsingh says.

Other complications can crop up along that same heart-brain pathway. Toxoplasmosis, for example is an infection that derives from Toxoplasma gondii, one of the world’s most common parasites. Its symptoms include fever and pain, and it is one of the few infections capable of traveling from the heart to the brain. If the heart donor has toxoplasmosis, Koomalsingh says, the medical team plans medications for the recipient after the operation.

Kling and Koomalsingh both acknowledge that supply and demand are omnipresent challenges in the transplantation process, one that COVID-19 has complicated. Early in the pandemic, organs from COVID-positive donors were considered unusable. But as research showed that the coronavirus lives only in the nose, throat, and lungs, Kling says, transplant centers began implementing safe ways to use organs from COVID-positive donors. “It’s common for a donor to test positive for COVID, and it's a shame to not be able to utilize as many organs as possible,” Koomalsingh says.

Though preparing for potential rejections and managing risks are a large part of the pre- and postoperative process, Kling and Koomalsingh remain driven by the “new lease on life” their work offers patients. “Everything related to the patient, the process of organ retrieval, the surgical event of doing the heart transplant and seeing the patient recover afterwards,” Koomalsingh says, “is the greatest joy that I've found in medicine.”