What Data Science Can Tell Us About Our Dreams

A small group of computational social scientists are using AI to bring dream analysis into the digital age. 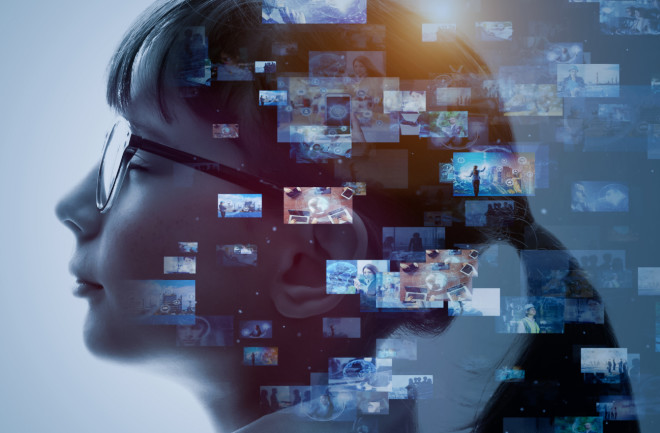 In Sigmund Freud’s The Interpretation of Dreams, he wrote that “the virtuous man contents himself with dreaming that which the wicked man does in actual life.” In other words, the impulses that we repress during the day are lived out, without consequences, at night.

A founding father of psychoanalysis, Freud’s idea was pervasive during the first half of the 20th century. Alfred Hitchcock even based the 1945 film Spellbound on his theory of dream analysis. But in the 1950s, an American psychologist named Calvin Hall challenged the prevailing narrative; perhaps dreams weren’t cryptic expressions of our hidden desires. Instead, Hall suggested that dreams were a continuation of our conscious life — unconscious manifestations of our day-to-day experiences and emotions.

Hall’s theory, known as the continuity hypothesis, gained more and more traction as researchers supported it using quantitative methods. Then, last year, a team of computational social scientists tested the idea on an unprecedented scale. The researchers used machine learning to create an algorithm that automatically analyzed a dataset of 24,000 dream reports. Their findings, published in Royal Society Open Science, support the continuity hypothesis and are actively ushering in a new era of dream analysis.

Luca Maria Aiello, an associate professor at the IT University of Copenhagen in Denmark, and his colleagues examined subgroups of dreamers to identify patterns. They found that a Vietnam War veteran’s dreams, for example, contained more aggressive behavior than those of a control group. And the dreams of an adolescent girl named Izzy experienced an increase in “negative emotions and aggression” during her teenage years — followed by the appearance of sexual interactions when she reached adulthood.

Perhaps more interestingly, the researchers found evidence that societal, or even global, issues might influence our collective dreams. Specifically, the level of aggression in dream reports has decreased from the 1960s to the present day, a trend that tracks with statistics on violent crime in America. But if dreams are a continuation of our waking reality, what does that tell us about the kinds of dreams that different people are likely to have?

While these hypotheses tell an interesting story, the evidence is mostly anecdotal. Aiello warns against making definitive statements considering the study’s limited sample size. “The database that we drew from consists of 30,000 plus dream reports, and it’s the largest publicly available dataset on earth,” he says. “[But] it’s relatively small if you think about it. Especially if you consider that these reports were collected over the course of a century.”

Arguably, the most important piece of knowledge to come from the study was not its observable trends, nor even its confirmation of the continuity hypothesis. Instead, it is the artificial intelligence system that was created to analyze the contents of each dream report.

In 2020, Aiello collaborated with Harvard psychologist Dierdre Barrett on a different project. Barrett had crowdsourced “a few thousand” reports from people who had experienced “pandemic-related dreams.” When Aiello applied his team’s AI to the raw data, the results were striking.

“Basically, what we saw is that the panic generated by the media outburst was so big, that people were dreaming of these very nasty conditions,” Aiello says. “Even other conditions, like plague, or their teeth falling out or their bodies crumbling down. The impact, on a societal level, emerged very clearly.”

The researchers, armed with an algorithm capable of automatically identifying patterns in dreams with a high degree of accuracy (the results were cross-referenced with analyses done by real people), now aim to bridge the gap between real life and dreaming. Aiello is hopeful that, with enough time and investment, he and his colleagues can design an application that is able to infer someone’s emotional state from their dream journal.

“This would be a tool in support of professionals,” he says. “This is not an automatic therapy tool, but it could be used for an initial assessment. A way to understand [that], ‘hey, maybe there is something wrong and I should look into it.’”

If that vision is to become a reality, the team will first need to convince the public that the app is worth using. Just like anything with a foundation laid upon machine learning, the app will only be as good as the number of people that interact with it. “It’s going to be hard to collect data at that scale unless you have a killer application that does it,” Aiello says.

Not known for solving problems via old-fashioned methods, Aiello and his team took a scientific approach to swaying public opinion. They designed a data visualization tool, which can be used to “map” any individual dream across eight factors: family members, negative emotions, aggressive interactions, animals, friends, male characters, female characters and imaginary beings. The tool, dubbed the “Dreamcatcher,” is interactive. Users can choose from a list of real dreamers (those of a “cross-dressing businessman,” for instance), then click through that person’s individual dreams — represented by the feathers hanging from an eight-pointed dreamcatcher graphic.

Aiello and his team put the Dreamcatcher to the test with a user study of 154 people. In a paper published last May, the authors found a “25 percent increase in the number of people believing that dream analysis can improve our daily lives” after they interacted with the visualization. “So many people still believe in the Freudian interpretation of dreams,” Aiello says. “It’s the one that has stuck in pop culture. They need to realize that, by analyzing a dream, you can dive into your psychological state and potentially solve issues.”

By this metric, the study was a success. The researchers had built a tool with the power to change opinions about dream analysis. But the subject’s reactions to the study also brought up another issue. “After being exposed to the tool, people were less willing to share their dreams,” Aiello says. “Now that they understand that a dream is valuable and potentially very intimate, they don’t want to give it away.”

Aiello now knows that a successful version of a dream analysis app will include assurances of privacy and security for users. Bit by bit, his own dream is being refined.

More From Discover
Mind
Research on Psychedelics and How Mushrooms Can Help Combat Depression
Mind
Calming Kids With Electronics May Affect Emotion Regulation Skills
Mind
How Failing Could Actually Help us Succeed
Mind
Try These 6 Science-Backed Secrets to Happiness
Mind
What Is Emotional Blunting, and Do Antidepressants Cause It?
Health
How "Fitspiration" Social Posts Can Actually Discourage Exercise
Recommendations From Our Store
My Science ShopDiscover STEM Kits
My Science ShopDiscover 2022 Calendar
My Science ShopStrange Science
My Science ShopElements Flashcards
Shop Now
Stay Curious
Join
Our List