Neurologists have only recently peered into the brains of two people engaging in eye contact. Preliminary findings show unique brain synchronicity and activity in key brain regions, with many questions left unanswered. 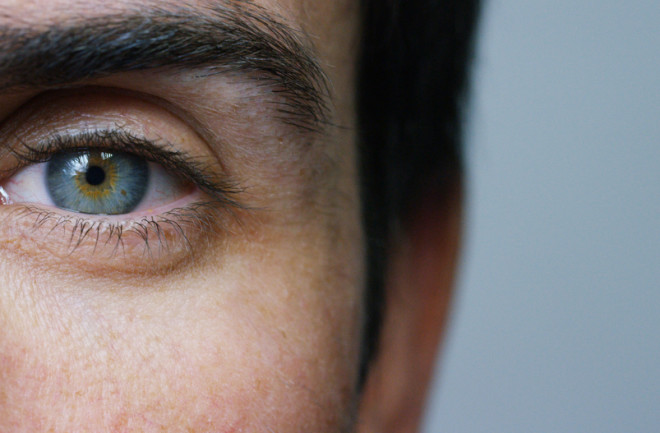 Next time you’re with a loved one, consider trying an awkward experiment: Take a moment of silence and gaze into each other’s eyes. By the time you reach about four seconds, things will probably feel uncomfortable, according to some social research. Yet the precise reason why is tricky to pin down with a scientific lens.

“There’s something in that looking that has meaning, sustainable meaning,” says Joy Hirsch, a neuroscientist at Yale School of Medicine and founder of the school’s Brain Function Laboratory. “The mechanism for connection has never really been understood.”

In fact, many questions remain unanswered about how eye contact might influence social interactions. Hirsch and other neuroscientists have only recently begun to acquire meaningful data mapping the interplay between two brains and the eyes. Such work has promising potential in the realms of autism — which can impact eye contact and other social behaviors — as well as somatic therapy and other behavioral psychology research.

Often referred to as the windows to the soul, eyes have captivated philosophers, artists and romantics around the globe for centuries. In one modern artistic experiment, Serbian conceptual artist Marina Abramović sat for hours on end in prolonged eye contact with strangers in the atrium of New York’s Museum of Modern Art. The 2010 exhibition, “The Artist Is Present,” spanned three months, with individuals waiting hours in line for a chance at an intimate gaze-off with Abramović.

After waiting hours in line for her own encounter, writer Rebecca Taylor described her anticipation this way: “I was afraid: afraid of the judgment implicit in staring, afraid of the silence.” And yet, as she settled into a half-hour interaction with the artist, she found a surprising peace. Other participants sat for more than an hour, eyes locked with Abramović. Many of them wept. Others smiled or laughed. Some appeared entranced, as if swept away to some distant place or memory — and later said the exchange changed their life or revealed a love they had never felt before.

For most of us in daily life, however, a prolonged gaze can feel awkward, overly intimate or inappropriate. And yet, a too-short gaze, or repeated glances, can be unsettling and make someone seem untrustworthy or shifty. Research actually indicates that there’s a sweet spot for how long people prefer eye contact to linger.

One 2016 study in The Royal Society Publishing used eye-tracking software on nearly 500 volunteers as they watched a video of an actor gazing into their eyes. The volunteers clicked a button when they felt the gaze lasted an uncomfortable amount of time (either too short or too long), and revealed that, on average, 3.3 seconds is the preferred or “normal” gaze duration, varying some from person to person. The researchers described eye contact as a “non-verbal channel for communicating intentions, regulating interactions and expressing intimacy.”

One notable variable in the study was the use of video, since some research indicates that in-person interaction has a particular influence on the brain and body arousal that a screen cannot replicate. A research team in 2019, for example, described eye contact as a unique and complex two-way street of sending and receiving gaze signals simultaneously. They even demonstrated that wearing sunglasses can significantly limit arousal responses during eye contact between two people.

Eye contact undoubtedly holds power over our social connections — between humans and other mammals (like our pet dogs and cats). On the neurological level alone, a vast array of variables has limited our understanding of how eye contact informs the brain. But Hirsch’s Brain Function Laboratory has committed to overcome these research limitations, making compelling strides over the past five years thanks to new technology.

While MRI scanning has been used to analyze the brains of individuals for decades, the cumbersome design of these machines limits analyses to one human at a time in a confined, restricted space. “The part that is completely left out is the most important part of being a human," says Hirsch. “Connecting with other humans. We know nothing of that.”

Several years ago, her team developed a neuroimaging tool called functional near-infrared spectroscopy, or fNIRS, for the purpose of analyzing the brains of two people simultaneously during natural interactions. With these dual-brain imaging tools, or a dyad-based approach, Hirsch is expanding the social neuroscience field into what she calls “the science of two.” She expounds on this view as co-author of a book released earlier this year, “Body, Brain, Behavior: Three Views and a Conversation.”

In the research setting, her teams have revealed a robust region of the brain that is associated with eye contact. Specifically, fNIRS experiments have demonstrated that in-person eye contact seems to be connected to a brain cluster associated with language production and reception, as well as the primary somatosensory cortex, which is fundamental to processing sensations like physical touch, pain and temperature. In simple terms: “The eyes have privileged access to large parts of the brain,” says Hirsch.

Hirsch’s experiments have also revealed the unique tendency for two brains to synchronize during eye contact and verbal communication. “They become kind of phase-locked in a coherent state,” she says of this dyad brain activity.

Emerging research out of Dartmouth has similarly highlighted pupil synchrony in the eyes. Researchers Thalia Wheatley, an expert in social brain science, and Sophie Wohltjen published a study last fall exploring the nuances of eye contact and “shared attention” during conversations. Interestingly, they found that precise moments of shared eye contact actually decrease the pupil synchrony between two people, perhaps in a beneficial way.

They hypothesize that this function can spark unexpected variation that enlivens an interaction. “Eye contact may usefully disrupt synchrony momentarily in order to allow for a new thought or idea,” Wheatley said in a press release about the study.

Ultimately, each of these incremental studies sparks just as many new, open-ended questions as it answers — a reality that is perfectly fine with Hirsch. “Yes indeed, the old philosophers were right," she says, summing up the gist of her findings. "Faces and brains work together like locks and keys."