We Are Learning to Exploit the Amazing Plasticity of the Brain 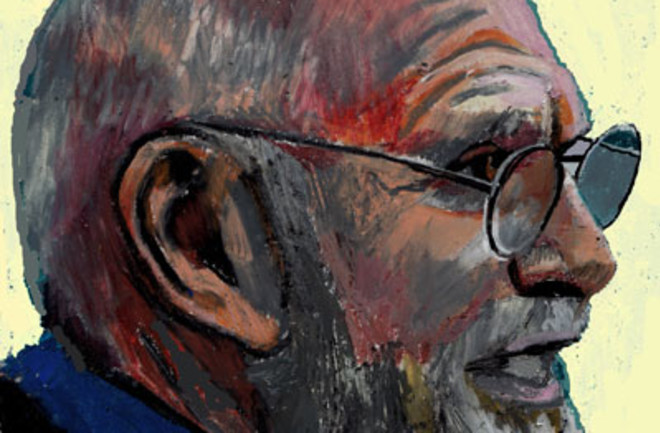 As a physician, I am concerned with people who have neurological damage or disease or who are, in general, trying to improve their neurological function. Something that has intrigued me recently is how, after one has lost one’s eyesight, the mind’s eye—the brain’s ability to create visual images—not only persists but can be heightened and harnessed. A lot of people who lose their sight are still visual people. As they read braille with their fingertips, they may experience it visually. This is not just a metaphor or a manner of speaking; functional imagery of their visual cortex shows that it is activated as they read braille. It’s a cross-modal transfer, so that touch is converted into visual experience in the brain.

The term for this is sensory substitution, a concept originally introduced by an extraordinary man, the neuroscientist Paul Bach-y-Rita. He wondered whether, by using a video camera and connecting it up pixel for pixel to an area on the skin, one could form a mental picture based on tactile impulses felt by the skin. He tried the tongue, which has the finest sensory discrimination in the body. With such a device, a blind person can form a picture of the environment sufficiently detailed, for example, to catch a ball that is rolled toward him. But this is by no means the limit. One could have much higher discrimination, giving one a sense comparable to not-bad vision. What is extraordinary is that even though it’s the tongue that is stimulated, people using such devices maintain they are getting a visual picture of the world.

Sensory substitution can take other forms, and one has to wonder, in terms of future technology, whether this ability to use other senses could be refined. Cochlear implants for hearing are quite sophisticated now, and we’re just at the beginning with retinal implants. I think direct stimulation of the sensory cortex is going to be used sooner or later, but I particularly like the idea of noninvasive devices, like sensors on the tongue. This sort of thing would have been inconceivable 40 years ago, when we had no idea of the plasticity of the brain. We thought that every part of the brain was predetermined genetically, and that was that. Now we know that enormous changes of function are possible. The miracle of plasticity and redeployment of the nervous system excites me very much.

Oliver Sacks is a clinical neurologist and the author of several best-selling books, including The Man Who Mistook His Wife for a Hat. He is currently a professor of neurology and psychiatry at Columbia University Medical Center.