Eva Peron, or Evita, is perhaps the most famous woman in Latin American history. As the wife of Argentinian leader Juan Peron she was immensely popular. But she died at the age of just 33 from cervical cancer, after a two year struggle with the disease. 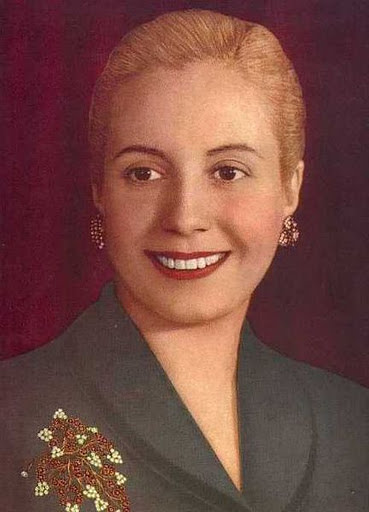 A new paper makes the startling claim that Eva Peron may have received a prefrontal lobotomy in the months before her death. The lobotomy is best known as a treatment for mental disorders such as schizophrenia, but according to Nijensohn et al, Peron was given the operation as a kind of pain relief.

The claim was first made in 2005 by Dr George Udvarhelyi, who worked as a neurosurgeon in Argentina before moving to John Hopkins in Baltimore. After his retirement, Udvarhelyi told the Baltimore Sun that he’d performed the operation.

The authors of this paper checked out the claims against his unpublished memoirs. It turns out that they’ve just written Udvarhelyi’s biography, and managed to slip in a plug for their book. Indeed, this paper could be seen as a plug. But anyway.

The early 1950s were the golden age of lobotomy and it does seem plausible that if she had one, it would have been kept secret. But it seems that the only direct evidence is Udvarhelyi’s testimony. The authors point to various facts that could be seen as consistent with it, like this memoir by a close friend:

But to be honest this is pretty weak. The authors also admit that in interviews with scholarly experts on Peron’s illness, they were all surprised by the idea.

They then point to postmortem X-rays of Peron’s skull which were made public in 1955 to prove that her corpse hadn’t been burned (long story). These, they suggest, show evidence of the kind of burr holes that were used to insert the lobotomy tools – 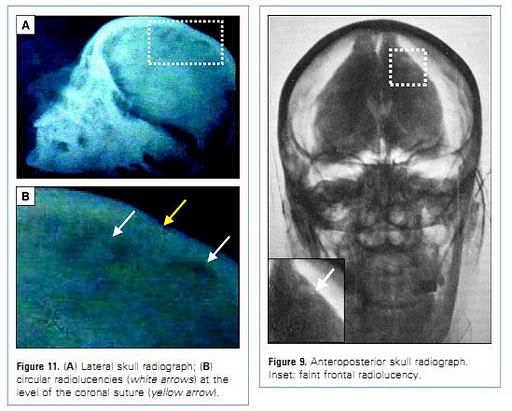 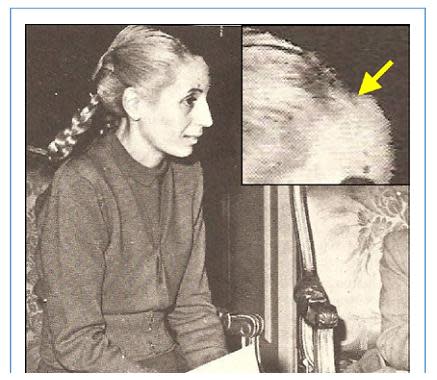 Hmm. Not sure what to make of those. Ultimately though, the authors admit that the only way to know for sure would be to exhume Evita and study her skull, but this is unlikely to happen any time soon.