Want to Make Rational Decisions? Think About Them In a Foreign Language. 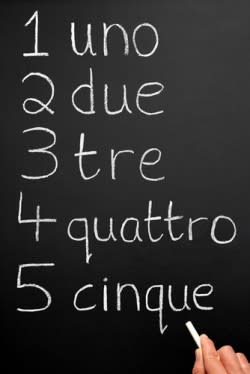 Behavioral economists have documented the all too many ways that humans are predictably irrational. Emotions and biases often just get the better of us. In a new study in

however, psychologists found that people forced to think in a foreign language made more rational decisions. C'est vrai! Psychologists took classic scenarios from behavioral economics and posed them to students in their native and foreign languages. Here's an example of one:

Most people would go with A, the less risky bet, because we're risk-averse when the choice is framed as a gain---as in "saving people." But what if we framed the question a little differently in this second scenario?

Suddenly, with this glass-half-empty wording, medicine A seems like a less palatable option. Although the two scenarios are exactly the same (200,000 saved and 400,000 dead are the same thing if you have 600,000 people), people become more risk-seeking in the second scenario, when medicine A is framed as a loss of life, and go with medicine B. The researchers asked this question to three different groups of students---Americans learning Japanese, Koreans learning English, and Americans learning French---and in each case the risk-framing effect disappeared when students had to think in their foreign language. They acted rationally. Even when we understand a foreign language, what should be emotionally charged phrases, such swears or expressions of love, just don't register the same emotional effect. The researchers think that's why the participants were able to make more rational decisions in a foreign language. Humans are very loss-averse---the pain of losing $10 is generally worse than the joy of winning $10---but this emotional aspect gets filtered out when thinking in a non-native tongue. A second experiment in the study asked students to make bets on a coin toss, and American students made bets more rationally in Spanish. As anyone who has tried learning a new language knows, thinking in a foreign language is hard. Usually when we're faced with this extra layer of difficulty---what psychologists call cognitive load---we start relying on mental shortcuts rather than considering the problem rationally. That's one reason this result about thinking in foreign languages is a little surprising, and also kind of heartening: We can find relatively easy ways to engage our rational faculties if necessary. [via Wired Science