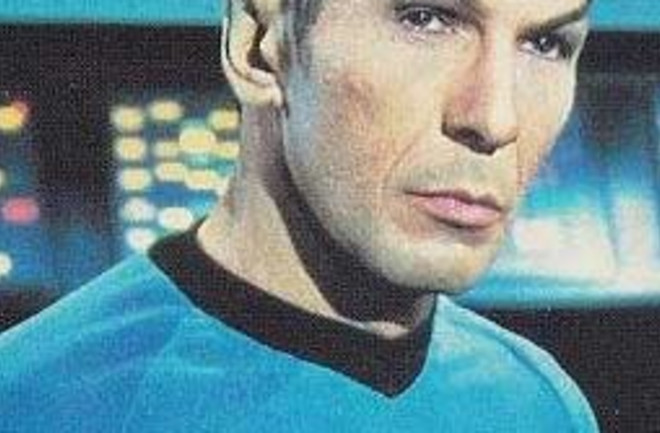 A guy in Canada fell asleep in such a way that he developed a serious condition in his leg: blood pooled in the tissue causing swelling and pressure, which can lead to damage to that tissue as well as in the nerves. So doctors performed a procedure on his leg to ease the pressure, and when they cut him, what did they see? Green blood! The man, it turns out, was not a Vulcan, more's the pity. He was taking a migraine drug which was placing sulfur in his hemoglobin, tinting it green. He has recovered successfully from the procedure, and the cessation of the drug has also returned his blood to a healthy vermillion. But I wonder: some Trek fans love to go that extra mile at cons and such. I'm not sure anyone has ever had their ears bobbed to get them pointy, but is it so crazy to speculate that some will take this pill to make their blood more verdant? It may not seem, well, logical, but as one Vulcan famously said, "Logic is little tweeting bird chirping in meadow. Logic is wreath of pretty flowers that smell bad."