Scientists direct mouse behavior with optogenetics instead of heavy equipment and wires. 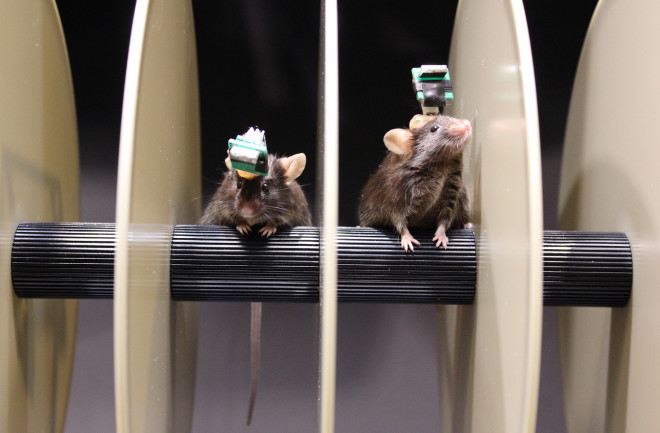 Scientists can affect an animal’s behavior using a technique called optogenetics: They beam light onto genetically modified neurons, stimulating the production of dopamine and rewarding the animal for specific actions. But the necessary machinery, including unwieldy helmets wired to a nearby light source, restricts the animal’s movement, impeding the complex behaviors researchers want to study most.

To get around the problem, University of Illinois materials scientist John Rogers in 2013 developed a smaller, lighter, wireless system. The new micron-scale headgear, embedded with four minuscule light-emitting diodes (LEDs), is just big enough to support a tiny antenna that powers the setup from afar.

When Rogers tested the device on mice, he found that, just like larger equipment, it triggered them to prefer one location over another — but without weighing the animals down, and with no wires to tangle up their interactions.

[This article originally appeared in print as "Ultralight Headgear for Mouse Remote Control."]