Two Drugs Are Better Than One? 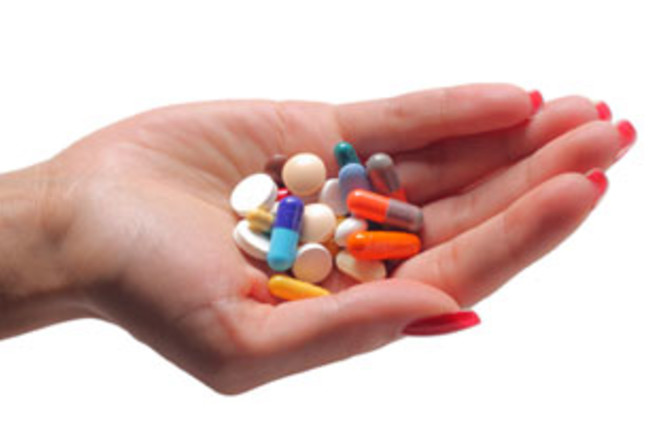 According to a study just out in the American Journal of Psychiatry, starting depressed people on two antidepressants leads to much better results than starting them on just one – Combination of Antidepressant Medications From Treatment Initiation for Major Depressive Disorder. But how reliable is it?

Currently accepted practice is to prescribe one antidepressant to begin with, and if the patient doesn’t feel better after about 6 weeks, to either change to a different antidepressant (switching) or add a second drug while continuing the first (augmentation).

But in clinical trials and also in “real life”, the proportion of depressed people who achieve “remission”, meaning that they’re fully or almost fully recovered, with their first antidepressant is rarely more than 1 in 3. Some antidepressants may be slightly better than others as first-line treatments, but any such differences are small.

Do two mediocre drugs combined add up to one good treatment? In this study, Blier et al. took 105 depressed people and gave them either one antidepressant or two. The one antidepressant was fluoxetine (Prozac) 20mg, and the two was mirtazapine 30mg and either fluoxetine 20mg, venlafaxine 225mg, or buproprion 150mg. The study was double-blind; patients didn’t know which drug(s) they were on. There was no placebo group, however.

Mirtazapine (Remeron) is an antidepressant which is commonly used as an add-on treatment in depression, because it can be safely combined with most other drugs. So it makes sense to use mirtazapine in research like this, but take note: this study was “supported by Organon Pharmaceuticals”, who make… mirtazapine.

What happened? All three combinations of two antidepressants were equally effective, and all three were considerably better than just Prozac alone, in the initial 6 week phase of the trial. The difference was massive by the standards of antidepressants – about 5 Hamilton scale points, considerably larger than the average benefit of an antidepressant over placebo.

There was also a 6 month follow-up phase to the study in which everyone who had been taking two antidepressants had one of them replaced by placebos, so everyone ended up only taking one drug (either fluoxetine or mirtazapine). Discontinuing one antidepressant seemed to cause relapse in about 40-50% of the people who were taking two, as opposed to a 25% relapse rate in the people who started on just fluoxetine and kept taking it. If you believe it, this is further evidence that two drugs are better than one, although the total sample size was just 66 for this bit, and I’m not sure I do.

What are we to make of all this? This study joins a previous one finding that mirtazapine plus paroxetine is better than either drug alone as a starting treatment. But that paper was also by Blier et al and it was “fully funded by Organon Pharmaceuticals” although apparently “The sponsor had no role in the study design, in the collection and interpretation of the data, in the preparation of this report, and in the decision to publish this manuscript”.

Personally, I’m not so much troubled by the industry sponsorship in these studies as I am by the nature of the add-on treatment, mirtazapine. Mirtazapine is an unusual drug, with a pharmacological profile very different to that of most antidepressants. Notably, it’s a powerful hypnotic – it makes you sleep – and it increases appetite. Patients on mirtazapine in the present study put on over 2kg in 6 weeks.

Why does this matter? Because the two scales used to rate depression in this study, the Hamilton Scale and the Montgomery-Asberg Scale, both count reduced appetite and sleeplessness as symptoms of depression. If you’re on mirtazapine, you’re unlikely to have either problem – you’ll be more worried about the exact opposite, insatiable hunger and drowsiness. So mirtazapine could reduce your total score on these scales even if it didn’t change your mood. I have no idea to what extent this is a factor in these results, but it could be important.

So, are two drugs better than one? Should antidepressants come with a side-order of mirtazapine as standard? Maybe. But it’s far from proven.